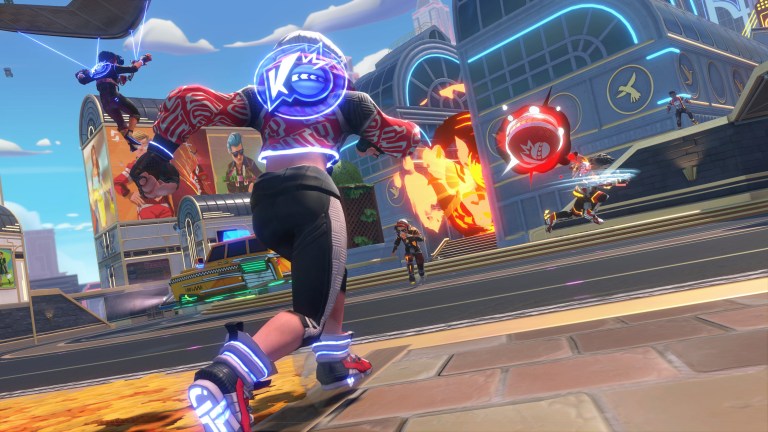 Den of Geek was recently invited to play Velan Studios’ Knockout City, a competitive, team-based, over-the-top take on dodgeball set to drop as a new EA Original. The game releases May 21 for $19.99 on PC, Xbox One, PS4, and Nintendo Switch, and is backwards compatible on Xbox Series X/S and PS5. In addition, there is cross-play and cross-progression functionality across all platforms, too. It’s clear, then, that Knockout City is EA‘s latest attempt to tap into a very competitive online multiplayer market after the success of Apex Legends.

The core gameplay mechanic of Knockout City is about as simple as can be: throw and catch. As in traditional dodgeball, two teams (either 3v3 or 4v4) collect balls and hurl them at each other to score points, and can catch balls to defend themselves. The big change to the actual game of dodgeball is that instead of the field of play being flat and split in two, players are free to jump, dash, and glide around multi-tiered environments, pick up randomly spawned balls, and hunt each other down arena-shooter style, but with a twist.

The biggest distinction between Knockout City and most other competitive shooters is that aiming is virtually a non-factor. When you’re near an opponent, you automatically lock onto them, and when you throw your ball, it’ll find its mark every time unless it’s obstructed by an obstacle or your target catches the ball, which gives them an opportunity to hurl it back even faster, putting you on defense. Right trigger throws a ball, and holding the trigger for different durations determines various throw speeds. Defensively, pressing left trigger catches a ball, but you’ve got to make sure you time it perfectly or you’ll get clocked.

Essentially what this means is that Knockout City is a game of timing rather than sharpshooting. It has a fighting-game feel in that you’re constantly trying to feint and fake out your opponents while at the same time predicting their next move. For folks who struggle with competitive shooters, this may be a more approachable way to sample the genre.

Positioning is key as well. Each map has architectural characteristics that open up opportunities for flanking, ambushing, and taking cover, and sometimes when you’re up against a player who has great timing and can easily catch your throws, the best way to knock them out is by catching them from above or from behind, which requires a good deal of forward-thinking and strategy.

There are a few special ball types that appear each match that add an extra layer of depth to gameplay as well. There’s the bomb ball, which starts counting down the moment you pick it up and has the potential to knockout multiple opponents, and the cage ball, which locks opponents in a cage, allowing you to throw them off the map or at their teammates. The moon ball knocks opponents back a great distance, but I didn’t find this to be nearly as useful as the other two.

It took me a while to get used to the timing and strategy of the game, which essentially meant that I was getting whooped by other players one on one. But I eventually realized that good teamwork ultimately trumps individual skill. In other words, I found that three moderately skilled players could beat three higher-skilled players with good communication and coordination.

Traditional team strategies like flanking and double or triple-teaming work wonders, but the game also offers some unique teamwork techniques to employ. If there are no dodgeballs around and you and a teammate see an opponent in range, you can actually “ball up” and become throwable yourself. In addition, if you pass a balled up teammate to another teammate, the balled up ally becomes “charged” and can be thrown high up into the air where they can subsequently land on opponents with an explosion that has the potential to knock out an entire team at once. Balling up can be risky, though: if an opponent picks you up instead of a teammate, they can throw you off the side of the map for an easy knockout.

There were three maps available during the demo: Concussion Yard, an under-construction high-rise building with lots of moving machinery; Knockout Roundabout, a street-level map with moving traffic; and Rooftop Rumble, which takes place across two rooftops with an upward air current that allows you to glide between them. Of the three maps, I enjoyed Concussion Yard most because it had the most verticality of the three, which made for the most dynamic matches. Knockout Roundabout is more flat and radial, and I found that many of the matches I played here involved a lot of wandering around searching for the other team. With matches being 3v3 and 4v4, this map felt a little too big, which often resulted in the two teams clumping up in a small area and staying there for fear of getting separated from the action.

I played the game for about four hours, cycling between three game modes: “Team KO,” a traditional 3v3 team deathmatch; “Diamond Dash,” a 3v3 take on kill confirmed in which characters drop diamonds when knocked out; and “Ball-Up Brawl,” a 4v4 mode in which no balls spawn and teammates must hurl each other to earn knockouts.

Team KO and Diamond Dash are fun showcases for the game’s the core gameplay, but it’s Ball-Up Brawl that I really had fun with. It forces teamwork in a unique way and drastically changes the rhythm of matches. You have no choice but to be strategic and patient, a nice change of pace to the other, more chaotic modes. 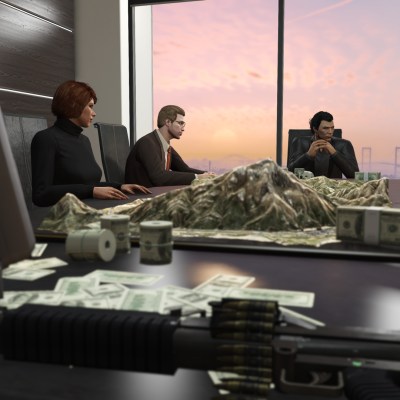 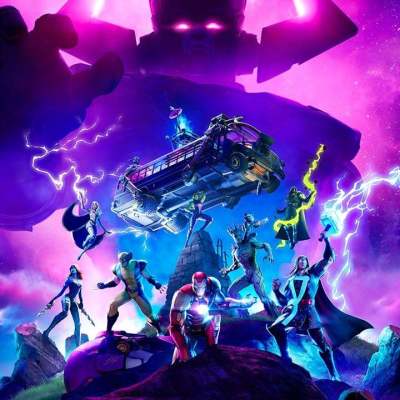 The three modes could get repetitive if the game was limited to them, but thankfully Velan has confirmed that it will offer post-launch content with each in-game season, free of charge, which could include new modes, maps, balls, cosmetics, and more. In the same spirit, the game will feature in-game purchases in the form of cosmetics, but there won’t be any pay-to-win microtransactions.

The developers are confident in the quality of Knockout City’s core gameplay, which means that there are no heroes and no character classes—it’s a completely level playing field. This was done to preserve the purity of gameplay, and I can say that after playing the game I’m convinced that the game is fun enough that it doesn’t need any classes or champions to be fun for long periods of time.

While the game doesn’t offer unique heroes to unlock, you are able to customize your character’s look to your heart’s content by unlocking cosmetic items, taunts, KO effects, and more either by earning them in-game via “holobux” or paying with real money. There’s also a clan system which lets you team up with up to 32 friends and choose your clan name, customize the car you show up to battles in, and more. The game’s “hideout” is a hub where you and your clan members can meet up and practice your techniques in a simple tutorial mode, enter a quick game in “Street Play,” compete in a league, or enter into a private match.

Knockout City is a new kind of competitive multiplayer game, but it also captures an old-school, arcade-y vibe that I liked a lot. It reminded me of Jet Set Radio with its poppy cartoonish art style, and the rhythm of gameplay recalled Power Stone. The most exciting thing for me might be the cross-platform play, though. I look forward to playing with all of my friends online regardless of what platform they own.

At launch, the full game will be available for free to all players for a limited time. If you decide to buy the game for $19.99 during this period, your save will carry over. The game’s first beta will take place this weekend (Feb 20-21) on PC via Origin and Steam  in North America and Europe.