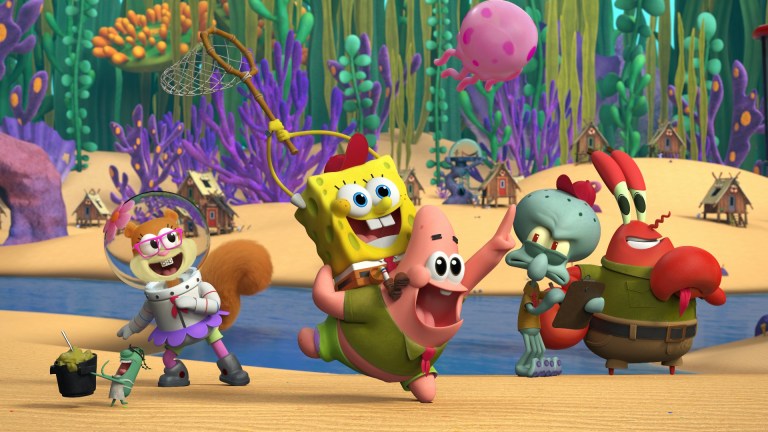 We heard that nautical nonsense might be something you wish. If that’s the case, then Nickelodeon and Paramount+’s Kamp Koral: SpongeBob Under Years might just be what the Purple Doctorfish ordered.

Kamp Koral is a SpongeBob prequel that will present all your favorite characters in their “under years” as young campers at the titular Kamp Koral. The series is set to arrive on March 4 on the newly rebranded ViacomCBS streaming service Paramount+.

ViacomCBS has not been stingy in doling out bits of the prequel. During this year’s Super Bowl, Kamp Koral received a lengthy first look. Now Nick has provided another exclusive peek at the show to Den of Geek in the form of a full trailer. Go ahead and give it a watch below.

The narration in this trailer just reminds us of how many iconic locations and characters SpongeBob SquarePants has thrust into the cultural lexicon during its more than 20 years on the air. But before the Pineapple, and before the Krusty Krab, there was simply Kamp Koral.

As promised by previous marketing material: the whole gang really is here. Sandy is present and accounted for, albeit with some braces and adorable pink glasses (guess she got contacts as an adult squirrel). Patrick is at camp, belly shirt and all, and is happy to point out “that kid with the pants!” Of course, that “kid with the pants’s” pants are as square as ever.

Also present are some of the characters in SpongeBob’s world. Mr. Krabs seems to be involved as a counselor in this camp in some capacity, as does Larry the Lobster. Squidward is here too, boasting a whistle that certainly no one will respect the authority of. The most intriguing inclusion, however, is Plankton as a cafeteria cook. While this may have some strange effects on the SpongeBob continuity, it’s nice to see Plankton fulfilling the Chris Meloni in Wet Hot American Summer role here.

The first six episodes of Kamp Koral season 1 will be available to stream on Paramount+ on March 4. The remaining seven episodes will premiere at a later date.