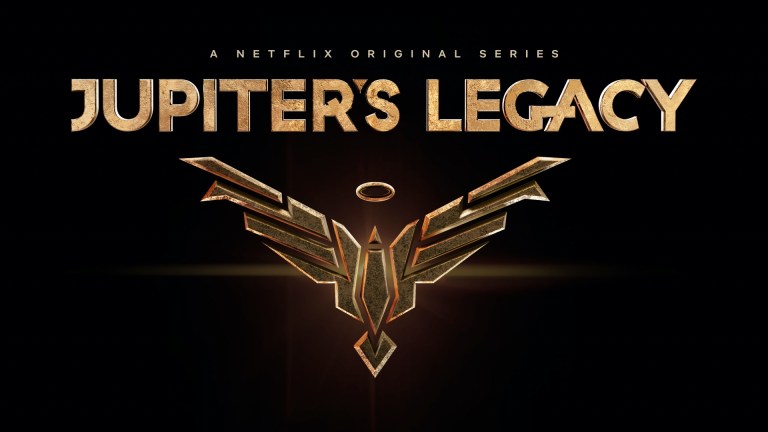 Back in 2017, Netflix acquired the rights to Scottish comic writer Mark Millar’s Millarworld imprint. Since then, Netflix and Millarworld have teamed up on the comic series The Magic Order but have not brought any of Millar’s other comic creations to the live-action television realm.

Well, that will all change soon! Netflix has finally unveiled the first fruit of their Millarworld collaboration in the form of a release date and teaser for Jupiter’s Legacy. Jupiter’s Legacy is a Millar superhero comic from 2013. This adaptation will arrive on Netflix on May 7, 2021. Check out the first teaser below.

While there isn’t much substance in that teaser, that’s OK. The people don’t need substance out of 30-second superhero show teasers, they need style…they need atmosphere. And that clip is nothing if not atmospheric.

As classic superhero iconography is presented onscreen, we hear a voiceover of a super-powered father talking to their progeny: “One day you’re gonna be stronger than anyone else in the world. Every evil you can imagine is going to rise up against mankind. And not for justice, but for vengeance. You’re gonna be the future.”

Every parent wants to prepare their children to confront evil and lead the broken, the beaten, and the damned. It just so happens that the children of superheroes will literally have to.

As the “Legacy” portion of its title suggests, Jupiter’s Legacy is all about living up to the outsized expectations of one’s superhero parents. The comic series (which is Millar’s longest) was illustrated by Frank Quitely and began its run for Image Comics in 2013. It followed a group of aging superheroes known as the Union and the generational conflicts with their children who are uncomfortable at the prospect of living up to their parents’ legacy. Netflix’s synopsis for their adaptation reads:

“Jupiter’s Legacy is an epic superhero drama that spans decades and navigates the complex dynamics of family, power, and loyalty. After nearly a century of keeping mankind safe, the world’s first generation of superheroes must look to their children to continue the legacy. But tensions rise as the young superheroes, hungry to prove their worth, struggle to live up to their parents’ legendary public reputations — and exacting personal standards.”

Jupiter’s Legacy season 1 will consist of eight episodes, all of which will premiere on May 7.