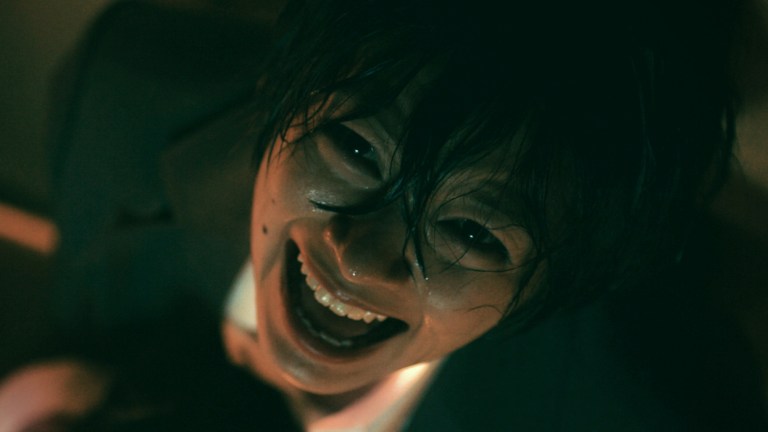 The Ju-On/Grudge franchise is one of the most acclaimed horror series to come out of Japan. Despite the series’ reputation, the more recent efforts have struggled to recapture the magic and they’ve stumbled through the franchise’s progressively dense mythos. Not every horror franchise can sustain the expansion to a six-episode television series, but in the case of Ju-On: Origins it allows the show to bring more depth to its characters and help solve a lot of problems.

More than anything else, Ju-On: Origins excels as a metaphor for how abuse can be learned behavior and that generational pain is a very real thing. This is hardly a new idea for the franchise, but due to the scope that’s covered in this series, that message has never been clearer. This clarity and ferocity is why Ju-On: Origins is as powerful as it is and a return to form for the franchise on many fronts.

Set back in the ‘80s and ‘90s, Ju-On: Origins works off of the clever idea that these episodes are supposed to be the real stories that the Ju-On and Grudge movies were based on. This is mostly just a clever enough structure that allows Origins to break away from the convoluted existing continuity and do it’s own thing. The angle this time around is that an actress, Haruka, begins to freak out when weird activity goes on in her house, so she enlists the help of a paranormal researcher and author, Yasuo, to help her figure out what’s going on.

Yasuo throws himself into the cursed home as he tries to unpack the tragedy that happened to a mother and her child many years ago. As more history is unearthed, Yasuo discovers that he also shares a history with the cursed house and that he might be the only one capable of putting all of this to an end. This is the basic framework for many Ju-On efforts and continuity or who’s involved is less important than the fact that it respects the series’ fundamental premise that, “when a person dies with a deep and powerful rage, a curse is born.” This series doesn’t need to overthink this and thankfully, for the most part, it doesn’t.

The connection between Haruka and Yasuo is an angle that works, makes sense, and gets right to the point. Ju-On: Origins gets a lot of mileage out of how its structure jumps back in time and lives in these flashbacks for a while as it looks at trauma through this generational angle. As this mystery comes together, it’s tackled from many different vantage points as the audience gets to realize the full scope of the story just as Yasuo does, too.

These detours that the series takes could feel frustrating or like padding, but they’re all some of the most rewarding content in Ju-On: Origins. There are visits with a serial killer in jail, psychics, and paranormal visions, which all peel back the layers of this larger curse and offer up different types of horror from the typical ghost fare. One of the biggest strengths through all of this is how the series shows several families who have lived in this cursed home, which almost gives it an anthology-like approach for a haunted house.

The split focus between these different perspectives works well and keeps the story moving. The shifts are never disorienting or unmotivated and it’s actually a smart way to approach something that’s such a universal evil. It helps avoid repetition while still digging deeper into this mystery in each episode. There is no shortage of scares or victims with this angle to the storytelling, but it also provides a lot more weight to the big finale when all of these individuals and storylines dovetail together at supernatural ground zero.

Ju-On: Origins’ episodes all take their time and don’t rush things. It’s a slow start, but once the mystery begins the series doesn’t let go. At the same time, it doesn’t feel like they’re stretching out the content or that they’re strapped for material. Some installments spend longer to establish what’s necessary, but six episodes is perfect in terms of pacing and the amount that the series tackles. There are certainly slower moments, but tension is almost always present.

No episodes feel like duds, but there’s one In particular that’s especially effective. It mostly centers on a horrible crime and then the ghostly revenge that happens afterwards, with the whole thing basically playing out in real time. It’s just a slow ghost assault that builds so well and there’d never be the time to give a set piece like this as much attention in a movie. Not every episode is so condensed, but it’s a smart example of how this project justifies itself as a series. 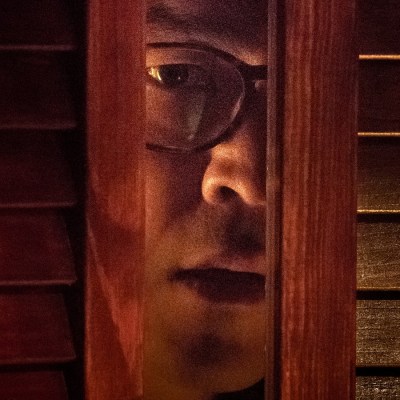 
Why John Cho Picked The Grudge as His First Horror Movie 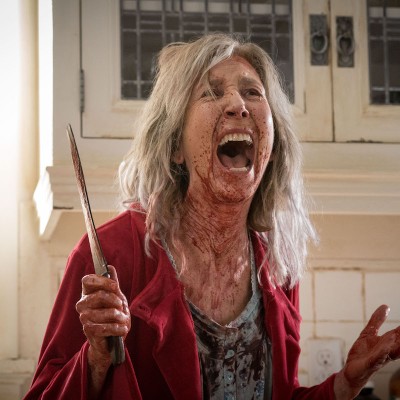 
On set of The Grudge remake

One of the most important aspects of a Ju-On series is if the show is actually scary and does the franchise justice. Origins builds its scares in a really effective way. It starts with something simple, yet unnerving, like a frightening audio recording, but with each new step the threats become more alarming. Something that’s so impressive about the Ju-On franchise is that it typically contains its scares to mundane areas within the domestic space, like a closet or staircase, but they all feel earned here. Ju-On: Origins even starts to play around with some very Lynchian scares as characters struggle to reconcile if they should exist or not.

The series’ sound design is also impressive and at times it’s more powerful than the visuals. There are moments when the visual scare doesn’t exactly deliver, but it’s elevated to a frightening place because of the noises that accompany it. There’s a recurring visual of a Woman in White that isn’t that effective, but it’s everything else around it that makes it work. It’s also fascinating to see how Origins riffs on iconic images and ideas from the films, but goes in new directions with them and plays with the audience’s expectations. There’s one set piece that involves a ringing landline phone that’s in a place that it shouldn’t be that could be one of the most evocative images of the entire franchise.

Furthermore, Ju-On is a series that isn’t just interested in ghost stories or curses, but they’re specifically rage-related murders. Ju-On: Origins doesn’t shy away from the intense emotion that accompanies such acts. When characters freak out or attack each other it feels blunt and authentic. There may be vengeful spirits in this series, but the callous acts of human beings are often portrayed to be even more terrifying. They’re the scariest parts of the show. It’s an important element to this horror that the series thankfully don’t turn away from as the uncomfortable nature is fundamental to the curse itself. These bouts of violence come at unexpected moments and hit hard. It’s easy for something like Ju-On to really telegraph its scares, but that’s not the case here.

Ju-On: Origins isn’t the best entry in the horror franchise, but it’s definitely a satisfying effort and a positive step to get the series back on track. It’s just hopefully not too late and that people have already given up on this property. This may not be The Haunting of Hill House, but it’s an emotional ghost story about trauma that has something to say beyond its scares.