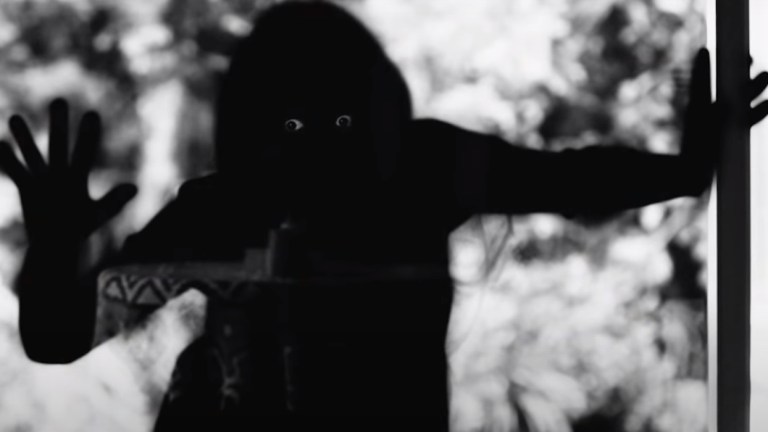 There are many notable horror franchises to come out of Japan that have made an undeniable mark on the genre, both in their native country and on an international level. The powerful Ju-On/Grudge franchise has been around for over two decades and accrued over a dozen films and additional material that fleshes out this haunting story. The Ju-On series hinges on a simple premise where when a person dies with a deep and powerful rage within them, it births a curse. This idea and the disturbing ghostly characters of Kayako and Toshio have helped Ju-On stand out among the imitators.

While the series has struggled recently in America, Ju-On: Origins marks a six-episode Netflix series from Japan that strives to return to the franchise’s roots. Ju-On: Origins looks at an actress and a paranormal investigator who become obsessed with a cursed house that continues to claim more victims. Ju-On: Origins is a smooth transition from a film to a series, but the show introduces a number of mysteries that may still be rattling around in the audience’s heads.

How Does The Curse Begin?

The majority of Ju-On: Origins takes place in the 1990s, but the very start of these horrors go back to 1952. The events that take place in 1952 become the framework for all of the subsequent murders. A man takes a woman hostage, sexually abuses her, and she becomes pregnant. The woman eventually dies, but she still manages to give birth to the baby, who disappears, along with the abuser. This traumatic event is what triggers the deadly curse in the first place. It’s also why so many of the subsequent attacks that take place at the house involve pregnant women in peril or circumstances that lead to sexual abuse. This curse doesn’t just take hold of the families that move into the home, but it’s specifically potent to people with children, since that’s the root of the Woman in White’s pain.

Making Sense Of The Timeline

Ju-On: Origins reveals that the first murders took place in 1952, but the series begins in 1988 when Haruka first experiences supernatural activity in her home and reaches out to Yasuo over it. In the same year, a girl named Kiyomi gets sexually abused by her classmates in the cursed house and becomes possessed as a result. She goes home with a fellow student, Yudai, only to pull him further into her deadly levels of manipulation.

After Kiyomi’s tragedy and possession, the timeline jumps forward to 1994 and Kiyomi is now a mother. Kiyomi remains possessed, but the rage that’s cursed her has also infected her husband, Katsuji. Their son, Toshiki, really suffers the most. Kiyomi and Katsuji both abandon Toshiki and hit rock bottom in different ways. They’re both haunted over their past, but Kiyomi goes on to kill Katsuji and is still lost in the pain of her rape from 1988.


The Best Horror Movies to Watch on Shudder

A year later in 1995, another tragedy occurs between Keiichi Masaki and his wife, Chie. The curse causes Keiichi to reenact the events from 1952 and Keiichi murders his pregnant wife, only to remove her infant child and bury it at the site of the cursed house. Keiichi is told by the spirits that the baby “belongs” in that home since the Woman in White still wants to reclaim the child that she’s owed.

Ju-On: Origins concludes its story in 1997, when a new married couple moves into the home. The Woman in White is nearly able to claim the wife Tomoko’s child, but Yasuo and his team intercept in time. Finally, there’s also an important flashback to 1960, eight years after the original murders. Yasuo and his sister, Kazuha, move into the cursed house with their father. They’re subjected to the same horrors and the Woman in White takes Yazuha, their father dies, but Yasuo is spared. However, Yasuo’s brief encounter with the Woman in White implants the hint in him to bury Haruka’s audio recording, a clue that is echoed by Tetsuya’s psychic mother, Michiko. This information seems to present a major breakthrough towards ending this curse in 1997’s present timeline.

Who Is The Woman In White?

During the events of Ju-On: Origins there are many innocent people who succumb to supernatural forces and commit murder. It’s these people themselves that turn to such brutal acts rather than the ghosts that curse the house, but everyone sees visions of a very foreboding figure, the Woman in White. The Woman in White appears right before, and sometimes after, the murders that take place in the cursed house. She’s the one that drives everyone to commit murder and she’s obsessed with reclaiming the baby that she lost. The Woman in White is the original victim back from 1952 and while she’s typically a portent of doom, she actually appears to Yasuo in an attempt to help and warn him.

Why Is Yasuo Spared?

Much like with the other Ju-On and Grudge pictures, nearly everybody who enters the cursed house in Origins meets a grisly end. One of the few exceptions here is Yasuo, who learns that he briefly lived in this cursed house during his youth. Yasuo and his sister both encounter the Woman in White, but it’s only Yasuo who survives. When the Woman in White presents Yasuo with a demonic baby, he rejects it and allows the mother to keep it. It’s possible that for this reason the Woman in White doesn’t hold a grudge against him and lets him go.

However, Yasuo is more confident that the reason he spares is much more serendipitous in nature. Yasuo believes that he’s spared because he’s a supernatural conduit and that the Woman in White knows that he’ll go on to tell her story and help spread the word when so many others have intentionally buried it. Of course, this conclusion becomes much darker when it’s considered that Yasuo educating others about the curse only provides the Woman in White with more victims.

How Does Ju-On: Origins Connect To The Original Films?

Both the original Ju-On films and the American Grudge pictures share a complex continuity that really tells one big universal story about this murderous, rage-filled curse. Even though there is still more room within this continuity to fit another story and mix things up, Ju-On: Origins distances itself from the rest of the franchise in an effort to build its own story and lose any pre-existing baggage.

The concept surrounding Ju-On: Origins is that this series features the “real” stories that the original Ju-On movies were based on. Origins boasts that as frightening as the films are, this content is the really scary stuff that inspired the franchise. As a result, other than the basic rage curse premise, Ju-On: Origins doesn’t connect to its predecessors.

Does The Curse End?

One of the larger issues that the Ju-On films struggle with is that they’re painted to be such bleak pictures. As soon as characters enter these cursed houses, their fates are sealed and there’s nothing that they can do about it, even when they don’t fully understand what they were embarking on in the first place. It can be difficult to root for characters when it’s clear that they’re not going to survive and Ju-On: Origins definitely plays with the audience’s perception of whether this curse can be stopped.

After all of the work that Haruka and Yasuo do together, it appears that they’ve actually stumbled upon a solution to all of this pain. After fully understanding the pain of the previous families, Haruka buries her bizarre audiocassette recording at the site of the cursed house where all of the babies have been buried. Making use of the “bury together” clue, once Haruka buries the recording peace seems to temporarily be restored.

Unfortunately, Haruka is still attacked by the spirit of the original kidnapper and rapist from 1952. In the end, it appears that this curse truly can’t be stopped. This is a grim conclusion, but it’s consistent with the rest of the films in the series. This curse is never solved and this is no different. Families will continue to meet their morbid ends at this cursed house for generations to come.