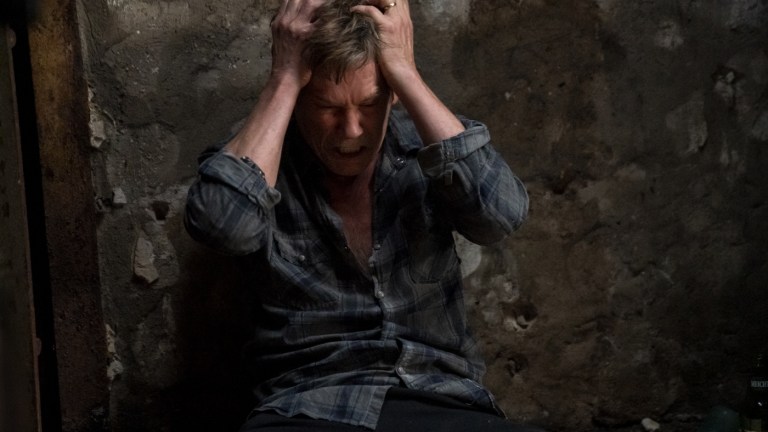 Jason Blum needs no introduction to horror fans. His company, Blumhouse Productions, has produced or been associated with some of the biggest and most effective horror titles of the last 15 years: Paranormal Activity, Insidious, Sinister, The Purge, Unfriended, Happy Death Day, and the recent Halloween reboot are all standouts on the Blumhouse slate.

Like every other studio in Hollywood, Blumhouse had to shutdown nearly all production in March as the coronavirus pandemic sank its teeth into the world. The company’s last two projects, The Invisible Man and The Hunt, were just beginning their theatrical runs when movie theaters closed down. But Blumhouse’s distributor, Universal Pictures, responded quickly, making both titles available on premium VOD–which it has done now with Blumhouse’s new horror outing, You Should Have Left.

Based on a novella by Daniel Kehlmann, You Should Have Left reunites star Kevin Bacon and writer/director David Koepp–who worked together in the horror space on 1999’s Stir of Echoes–in a story about a wealthy, retired banker with a tormented past who takes his much younger actress wife (Amanda Seyfried) and their little daughter (Avery Essex) to a modern yet remote house in rural Wales for some rest and relaxation. But as the family soon finds out, the house has other plans for them.

You Should Have Left both leans into and plays off the conventions of the haunted house tale, giving us a setting devoid of Gothic trappings where a light turning on is scarier than one going off. Den of Geek and Jason Blum spoke via Zoom about how this new movie fits into the Blumhouse catalog, working with Bacon and Koepp, and what the future holds for Blumhouse as the film business begins to cautiously emerge from quarantine.

Den of Geek: If you go back 20 years, do you think something like Stir of Echoes would have been a Blumhouse film? A horror movie on a moderate budget, very traditional, from a literary source…

Jason Blum: I think it definitely would have. I think that’s a totally fair point. I liked the movie and would have been happy to have made it if we were around then.

So flash forward 20 years and you get the chance to work with Kevin and David on a horror project. What was the hook for you on this?

The hook for us was I have made a lot of haunted house movies. I love haunted house movies for a lot of different reasons, but it’s hard to reinvent them or make them new. The script was developed before I got involved, and what I was struck by is that it was a haunted house movie that I really hadn’t seen before. It felt pretty unique. So I liked it and it felt different. And so if those two boxes are checked, more often than not, we make it.

Did it fall in the parameters of your model of making movies?

Yeah, it really did. It was not very many characters, not very many speaking parts, obviously basically one location, and not too many stunts and special effects. And so all of those things mean low budget and that’s us.

There is such a wealth of scary stories and good horror literature out there these days. Is that something you want to continue to explore when it seems like the right fit?

For sure. I think it’s a great way to source a movie. And we’re always looking for short stories or novellas or full novels. And articles actually–the best scary movies are often based on true stories, so we’re always looking for that. But I’m always on the hunt for that kind of material to look for new ideas to make, to base our horror movies on.

Do you have any particular favorite books that you would want to adapt in this realm?

Well, when there has been, we’ve made it. There was a book I just chased, recently. We didn’t get it. They’re not very often horror. Most horror literature has been pretty well picked over, so really we’re looking at new things coming out. We’ve worked on getting Stephen King’s stuff before and continue to. We always look at his material. I think there’s no one better than Stephen King for sourcing scary movies or TV shows.

The haunted house movie is a well-worn genre. Does this move the ball forward in terms of modernizing that, taking it out of the trappings of the rundown, Gothic mansion?

I think You Should Have Left is a new take on the haunted house movie, which I think really works well. I think the house is contemporary, which you don’t often associate with being scary. So I think that kind of feels different and cool and new. And then like I said, that’s what I really liked about the movie, that it’s a new spin on an old favorite. 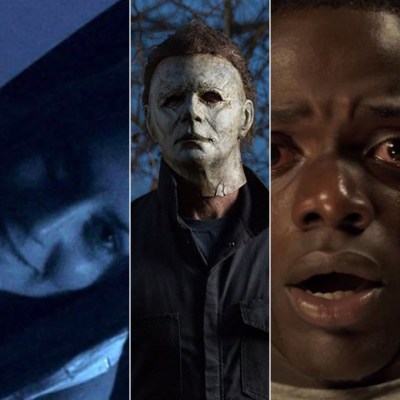 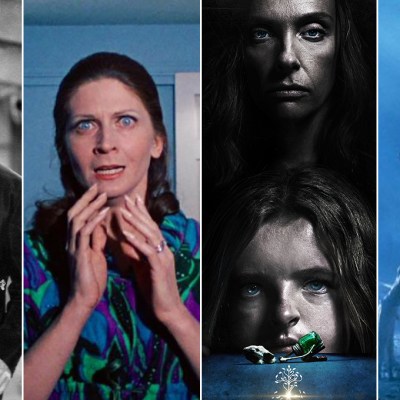 By Alec Bojalad and 2 others

Kevin Bacon not only stars in the movie, but he’s on board as a producer too.

We met about 10 years ago. We had breakfast on the Upper West Side of New York. We got along very well and we said, let’s find some things to do together. We worked on a couple of things before this, but I don’t think we’d ever produced together. So when the script was brought to me, he had found the story and sent it to David and so he was involved as a producer already before I was involved. So it was fun to work with him, not only as an actor, but as a producer, and help shape the whole movie with him, which we did in terms of casting it and budgetary decisions and where we set it. He was involved in all of that wearing his producer hat.

When you come onto something like this, where you’ve got people like David and Kevin involved, and they’ve been developing it themselves, how is your role different than when it’s your project right from the start?

Well, it’s a little easier because they’ve already done a lot of the heavy-lifting. So my role–we have a relatively big company and I kind of facilitate what they want. We work with them on the physical production, we work with them on our casting department, on the post-production, on the marketing. Script development, we have creative executives who work through those issues. So I really feel like we’re a big toolbox for them to use. And we offer as many tools as possible, and help them take their vision into a reality. That’s kind of the role that I see us having in this particular situation.

This is opening on premium VOD. What are your feelings on using this to navigate what’s going on right now in the world?

I heard this analogy earlier which makes a lot of sense to me. It’s like restaurants right now. I’m glad that they’re open and you can go pick up the food and eat in your car, eat it at home, but it’s not as good as sitting in the restaurant. Ideally, especially horror movies, there’s no better place to see them than in movie theaters, and I’m looking forward to going back and looking forward to have our movies in theaters again.

But faced with the choice of you don’t get to see it or you can see it at home, or you don’t get to eat at your favorite restaurant or you can eat it at home, I definitely would choose the latter. So I’m very happy that this is our third movie we’ve made available on PVOD. And I’m happy Universal and I see eye to eye on that, that we want to make our work available for people, even if you’re not allowed to go into a movie theater.

And what about using this distribution in the future? Do you think this is something that could be used going forward as well?

Yeah, I really do. I don’t know if it would be exclusively PVOD or maybe there’d be a theatrical release at the same time, or a limited, shorter theatrical window. But I think it’s something that it’s definitely worth experimenting with and trying to figure out what’s good for the consumers, what makes the filmmakers happy, and what makes exhibition happy. It’s hard to check all three boxes, but I think it’s worth experimenting.

What are you doing now in terms of your own production? There were reports that you might be able to start working on a movie soon on the Universal lot.

There are a few things we’re planning to restart. We have nothing going right now. And the ground keeps shifting under us, so we have to keep adapting for that. But I do feel quite confident there are a couple of things we’re going to be able to restart on both the TV and the film side.

The last movie I saw in theaters actually was The Invisible Man, and you also have Karyn Kusama working on a Dracula movie. What’s your sense of what you want to do with the Universal Monsters? Will it be a shared universe?

Well, we have no plans to do that. The way Universal is handling them is they’re just kind of looking at each one individually as one-offs. But I personally love them and we had a great experience on The Invisible Man, and I’d love to do more for sure.

What do you think could go next? Would it be Karyn Kusama’s Dracula or The Wolf Man with Ryan Gosling?

I don’t know anything about that one [The Wolf Man]. I’m not on that one. We only have Karyn Kusama, and I don’t have a script there. So I’m sure there’ll be another one that goes first, but there’s a very good chance it won’t be one of ours.

Any sense of what’s going to happen with The Forever Purge, and also with Halloween Kills, both of which are supposed to come out this year in theaters?

You recently mentioned something about a “seismic event” concerning the Spawn reboot.

That seismic event is top secret, but it happened, I’ll tell you that.

I know we also heard about an Upgrade TV show in the works. So is that something that’s in the pipeline?

That’s very much in the pipeline. That’s in active development, and I’m really excited about it. And then the next TV thing we have coming out comes out in a month. We have Good Lord Bird that comes out on Showtime, which is a show we worked very hard on and we’re involved with from the very beginning, and it’s something I love and I’m excited for people to see.

You Should Have Left is out now via premium VOD.