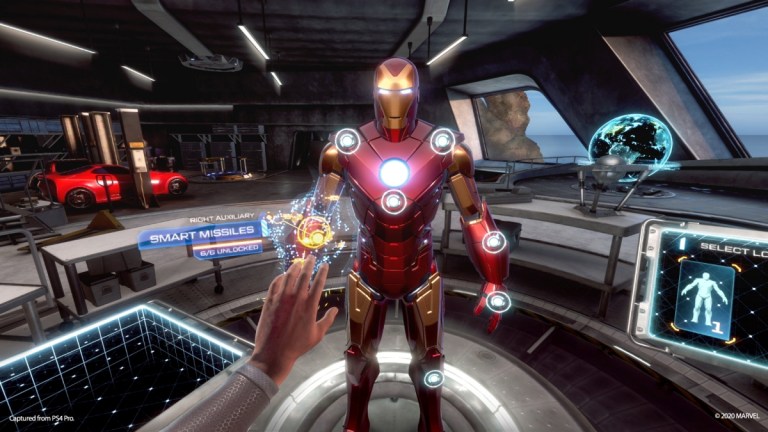 Early on, the PlayStation VR brought us Batman Arkham VR, which allowed us to be the Dark Knight. It was cool that you could play with those wonderful toys, but if you were going to take over for a DC hero using virtual reality, the real deal should really be someone like Superman or Green Lantern. Being the World’s Greatest Detective is one thing, but if we’re going to be truly immersive, then flying and shooting lasers is where it’s at. Luckily, the people at Sony Interactive Entertainment and Camouflaj realized that with the Marvel license, you could have your superhero cake and eat it too.

Want to fly around shooting lasers AND play with the high-tech gadgets of a billionaire with daddy issues? Why not be Tony Stark, the Invincible Iron Man?

“Be Iron Man with use of VR” is such a high concept that it practically sells itself. But does it work?

I suppose it’s halfway there. What hits, hits hard. It’s just that the flaws keep it from being anything other than a neat novelty to break out every now and then. Ah, the PSVR summed up.

Iron Man VR focuses on the part of Tony Stark’s origin where he decides to do away with building weapons for the government. Much like any given MCU movie, his nemesis ends up being someone that he created with his own destructive ego. In this case, it’s Ghost, vengeful over all the damage Stark Industries caused before Stark decided to call it a day. Interestingly enough, Ghost is the Ava Starr version of the character from Ant-Man and the Wasp (who never had an issue with Stark), as opposed to the never-named male version from the comics, who regularly acted as an Iron Man antagonist.

Stark’s supporting cast is made up of his assistant-turned-girlfriend Pepper Potts, the Samuel L. Jackson design of Nick Fury, and two AI holograms. Friday is a holographic assistant while new character Gunsmith is an AI copy of Stark from his reckless and problematic warmongering years. While Gunsmith had been retired, he’s eventually brought back in the fold to help investigate the sudden appearance of Stark Industries weaponry being used against Iron Man. While he’s able to help enhance Iron Man’s armor, he’s also a reminder of how far Stark has come from the man he used to be.

The game is split into three parts, mainly. There is, of course, the actual action levels where you fly around and blast stuff. As long as you ignore how weird it is that Iron Man never flies horizontally, the flight mechanics are seriously immersive. In order to play the game, you have to use two PlayStation Move Motion Controllers. With them, you can fire repulsor blasts from the palms of your hands. This works to propel you in whichever direction with a double-tap to go into blasting speed. Then there’s the ability to just blast lasers at whatever target. You’ll have to juggle your abilities at times, flying in different directions with one hand while firing at a drone with another.

Iron Man also has a special rocket punch ability that…well, it packs more of a punch. As the game goes on, you can add more abilities, including the badass and destructive unibeam.

When you aren’t blasting at the same few enemies over and over again, you’ll be asked to fly to specific spots and place your hands in specific areas to move the sequence forward. For instance, early on there’s an action sequence where Pepper is trying to land a damaged airplane. The landing gear refuses to open, so it’s up to you to get under the plane and tear the bottom open with your gauntlets. 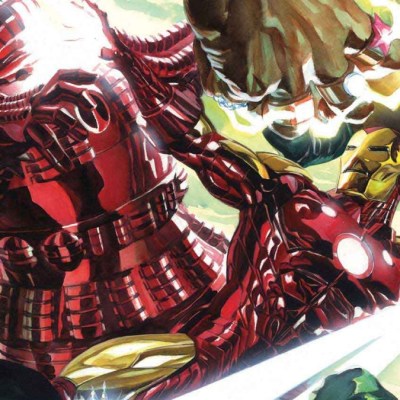 
Why Marvel Decided Against Iron Man 4

When it’s working right, it’s a fantastic experience. Though don’t be too surprised when your arms suddenly look all janky and tied up. Zapping your targets is a gigantic pain in the ass when your arm is suddenly wrapped around your torso and your wrist is flipped.

Unfortunately, your enemies are just drones, drones, and more drones with the occasional fight against Ghost. Even when secondary villain the Living Laser shows up to cause trouble for a couple chapters, you’re still stuck fighting around him and not dog-fighting the villain himself. Luckily, there is a payoff in the form of a tremendous final boss fight that I don’t dare spoil.

So that’s one third of the game. Another third is the exposition scenes. It’s a lot of teleporting from spot to spot in Tony Stark’s mansion, the SHIELD Helicarrier, etc. and meeting up with the supporting cast. Lots of talking and gimmicky abilities to pick up and inspect random stuff laying around. There’s an arcade basketball game in the mansion, which is great, but I’m really a fan of throwing just about anything I can pick up. Take that, financial magazines!

That last third? Loading. Lots and lots of loading. It’s to be expected. It’s VR and these are VR backgrounds. It’s just a lot of standing around in darkness, waiting for the load screen to load up, then waiting for the actual loading, then going back to darkness with Stark’s narration trying to distract you from the last of the loading is going on.

You end up with twelve chapters of stuff with the ability to do time trials, change up the difficulty, unlock new weapons and color schemes (which is a moot point because it’s first person), and there’s even a survival mode for finishing the game. For the $40 asking price, there’s enough to do.

Iron Man VR has a good core to it, but feels padded with reused assets and environments to make it feel like a full game. It’s one of those releases where I’m hoping it does well enough to get a sequel because then it will feel truly complete. That said, it does its damnedest with trying to make the Iron Man experience authentic and cool. Using your hands to fly around and shoot at stuff while a dizzying amount of visual indicators float around your face goes so well with VR, as does a villain whose very gimmick is hacking into your visuals while phasing in and out of reality.

I will say that after playing this game, Tony Stark being an alcoholic doesn’t jibe with me. If anything, that guy needs to be addicted to Dramamine and Tums.