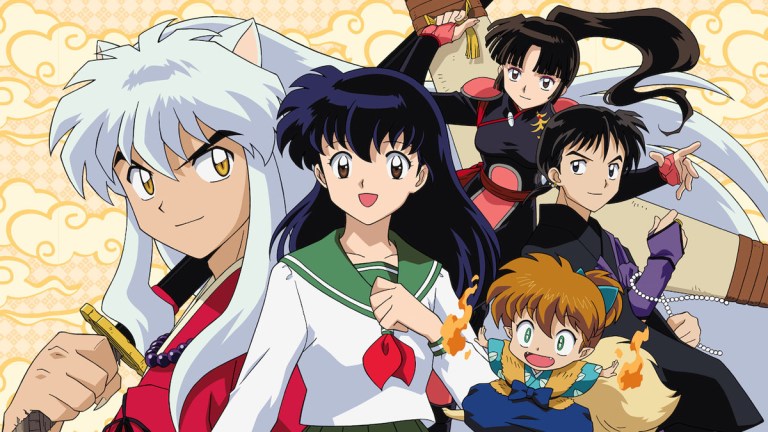 InuYasha is an anime series that effectively mixes together the action and romance genres into the entertaining story of Inuyasha, a half-demon who is on an important mission of redemption. Inuyasha’s journey puts him in the orbit of Kagome, a normal high school student, and an important bond is formed between the two of them.

The demon-slaying anime series comes from the prolific Rumiko Takahashi and lasted for nearly 200 episodes between two series, as well as four films. InuYasha ended over a decade ago and was a major player on both Adult Swim and the channel’s Toonami block, but it’s fallen through the cracks in more recent years. With the recent announcement that a sequel series, Yashahime: Princess Half-Demon, is on the way there’s been a renewed interest in the anime. To help some of the more uninitiated, here’s a helpful list of some of InuYasha’s best and most important episodes. 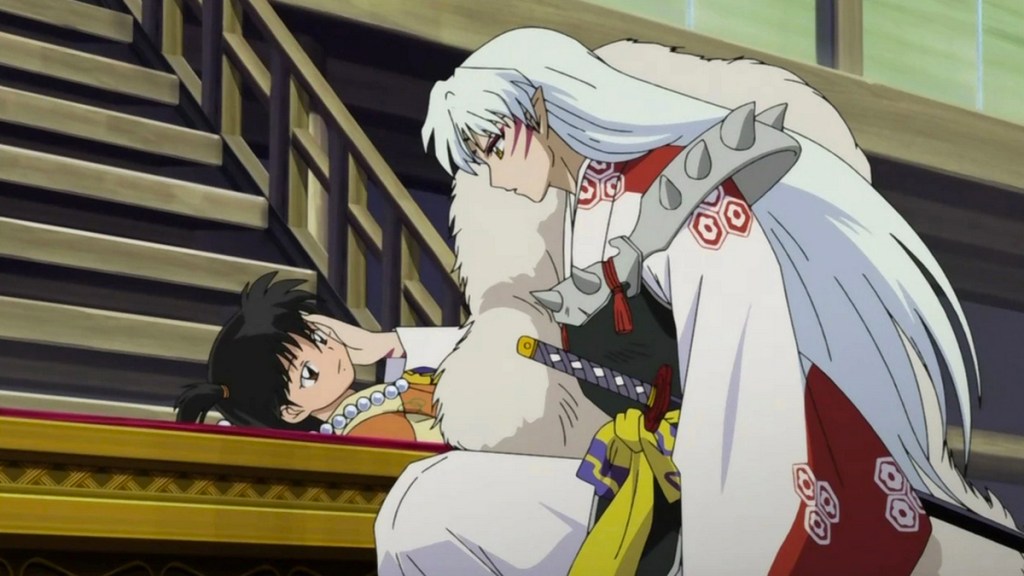 Season 2 Episode 35: The True Owner of the Great Sword!

Two of the most popular aspects of InuYasha is Inyuasha’s ongonig rivalry with Sesshomaru as well as Sesshomaru’s tender relationship with Rin. This episode offers the best of both worlds, as its first half delivers some fantastic action that push Inyuasha and Sesshomaru (as well as the Tetsusaiga sword) to their limits. The second half sees Sesshomaru in recovery mode and marks the first appearance of Rin. Rin’s story is heartbreaking, but Sesshomaru’s revival of her marks a sincere turning point for his character. It’s now an even more powerful episode considering the premise of Princess Half-Demon. 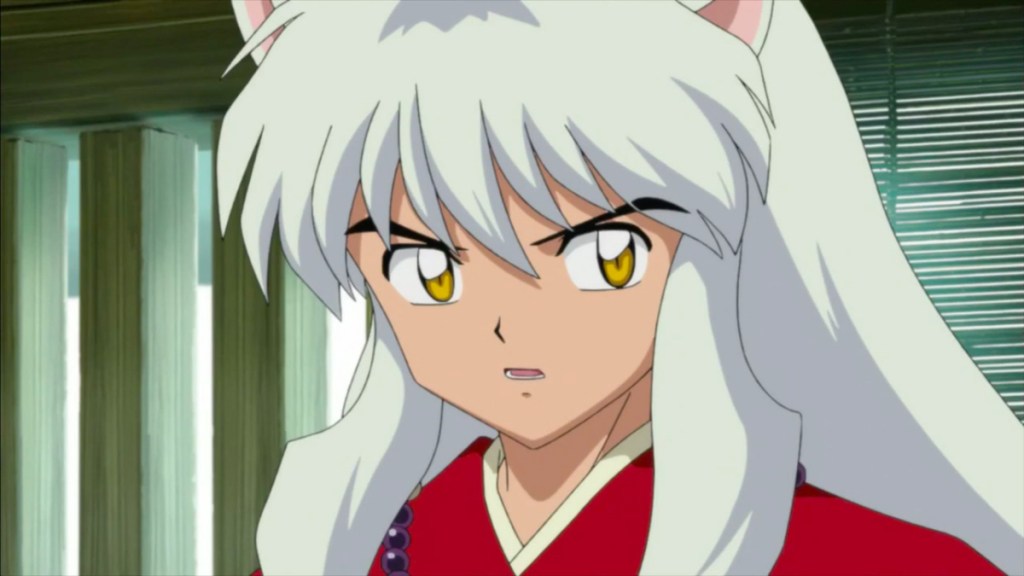 One of the major struggles that consumes Inuyasha’s character is that he’s half-human and half-demon. “Inuyasha’s Soul, Devoured” digs into the possibility that Inuyasha’s demon side will eventually completely take him over and he’ll have no humanity left. It’s a rare opportunity where InuYasha tackles some headier material. It also features a particularly awesome moth demon named Gatenmaru that ups the gross factor in the series when Inuyasha and Miroku get trapped in his poisonous cocoon. 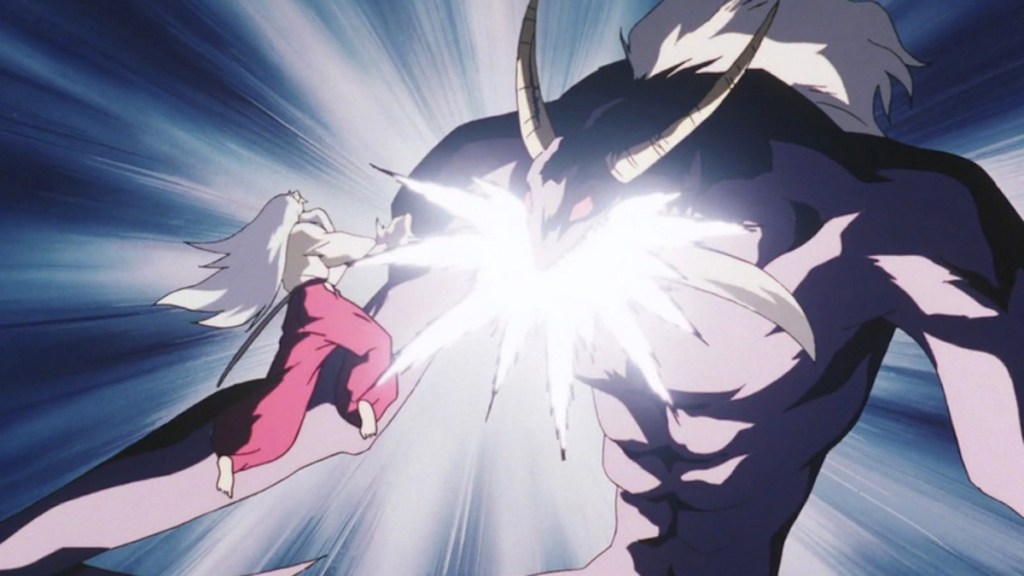 “Tetsusaiga Breaks” is pretty perfect on every level and finally delivers on many things that the series has only hinted at up until this point. The Tetsusaiga is Inuyasha’s supernatural sword and the idea that it can break has been toyed with, but never come to pass. Here, as a way to illustrate the raw, brute strength of the demon Goshinki (a reincarnation of Naraku), is that he shatters Inuyasha’s legendary blade. This act is enough to push Inuyasha over the edge and fully become a demon for a brief time. In this form Inuyasha easily defeats Goshinki, but it’s a startling transformation. Between the big events that go down in this episode, Goshinki also eats an entire village of people, which is pretty bad-ass as far as demons go in the series. 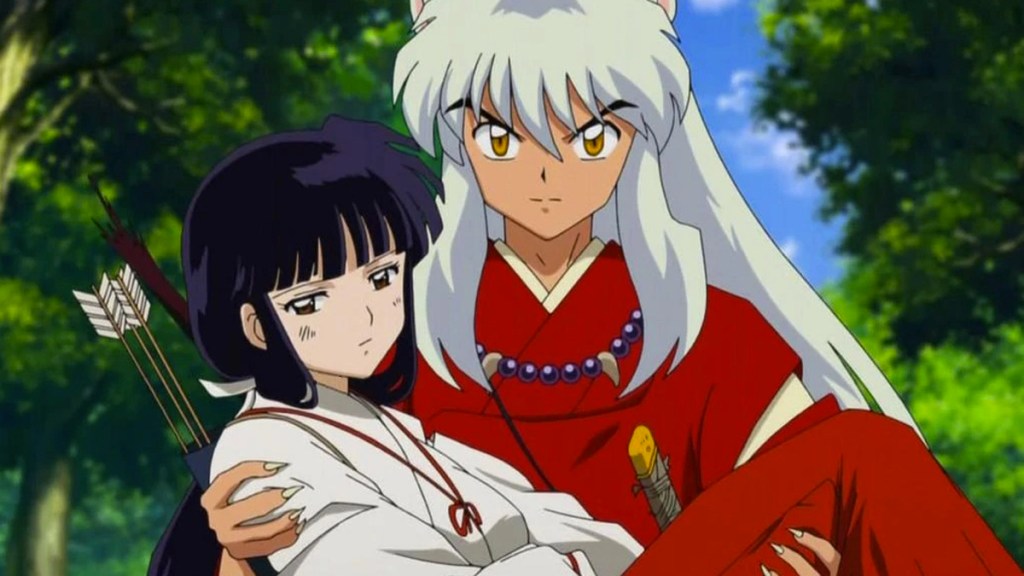 The Final Act Episode 18: The Day of Days

Between both InuYasha and the concluding series, InuYasha: The Final Act, there are 193 episodes and “The Day of Days” falls within the final ten entries. At this point most of the series’ major conflicts have been resolved, so this entry works more to bring peace to Inuyasha and Kagome’s character arcs. The plot largely centers around Kagome’s entrance exam, which doesn’t seem like it would be entertaining, but Inuyasha’s support for her over this thing that he doesn’t understand is really sweet.

Kagome finally gets love and acceptance here and Inuyasha is also able to let himself off the hook for the longstanding guilt that he feels over the loss of Kikyo. It’s a cathartic episode that looks towards the future in a very optimistic way that now hits even harder with the announcement of Princess Half-Demon. 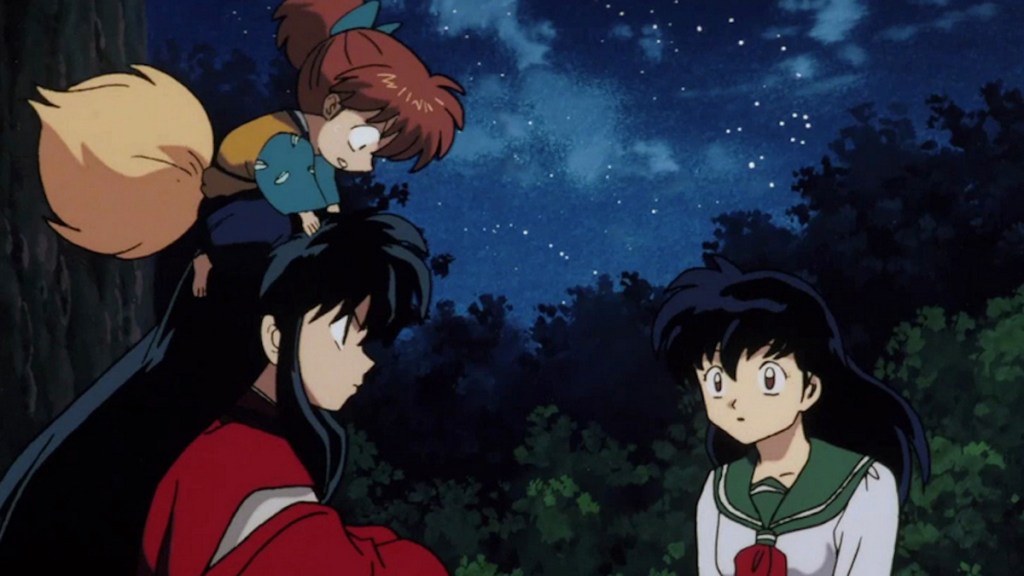 Season 1 Episode 13: The Mystery of the New Moon and the Black-Haired Inuyasha

“The Mystery of the New Moon and the Black-Haired Inuyasha” is still early on into InuYasha’s run and it’s during a fun period where there are still lots of secrets to reveal about the anime’s protagonist. In this case, the big twist involves Inuyasha’s half-demon nature. Evidently, during the new moon Inuyasha actually loses his demonic abilities and turns into a fully human version of himself, and with black hair no less. This is a huge discovery for Kagome and it marks an interesting period where the two are able to connect on a different level than normal. Plus, demon spiders are always a solid enemy. 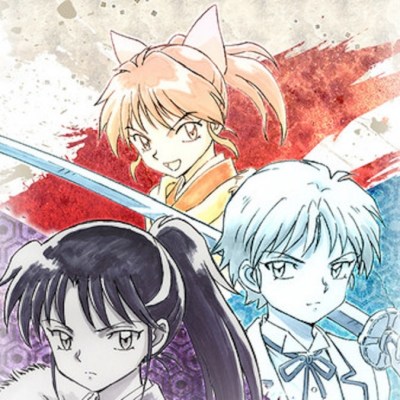 
InuYasha Gets Sequel Anime This Fall With Yashahime: Princess Half-Demon


The Best Anime to Stream and Where to Find Them 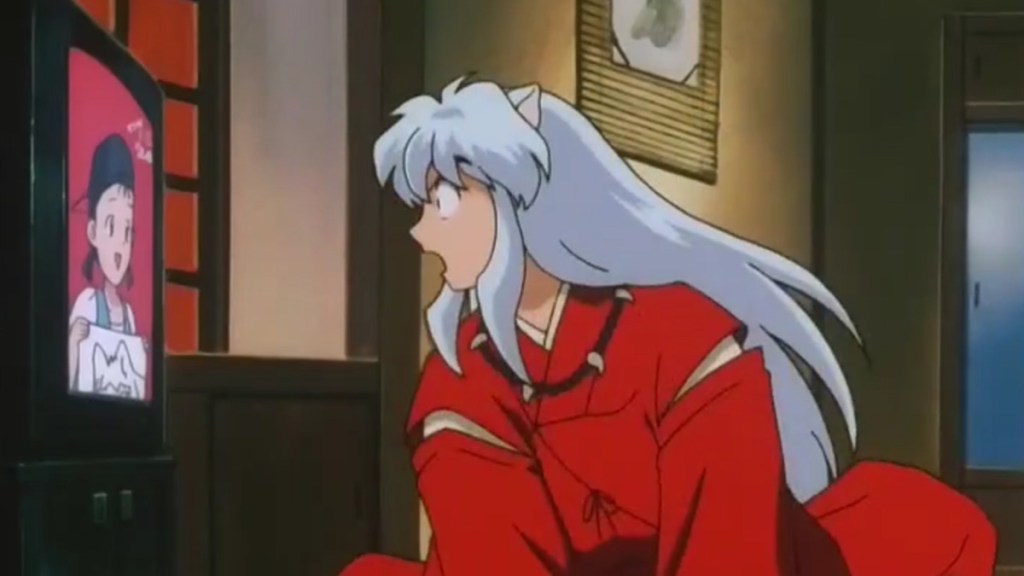 Season 3 Episode 82: Gap Between the Ages

“Gap Between the Ages” is an episode that takes place during an unexpected down time during the dangers of Naraku. Accordingly, both Kagome and Inuyasha return to the modern world and just embrace regular life for a while. This episode isn’t very important, but it finds such a comfortable groove. It’s a great step forward for Inuyasha and Kagome’s relationship and it’s very entertaining to see Inuyasha’s antics in the modern world, whether it’s mundane activities with Kagome or foiling bank robbers and playing firefighter. 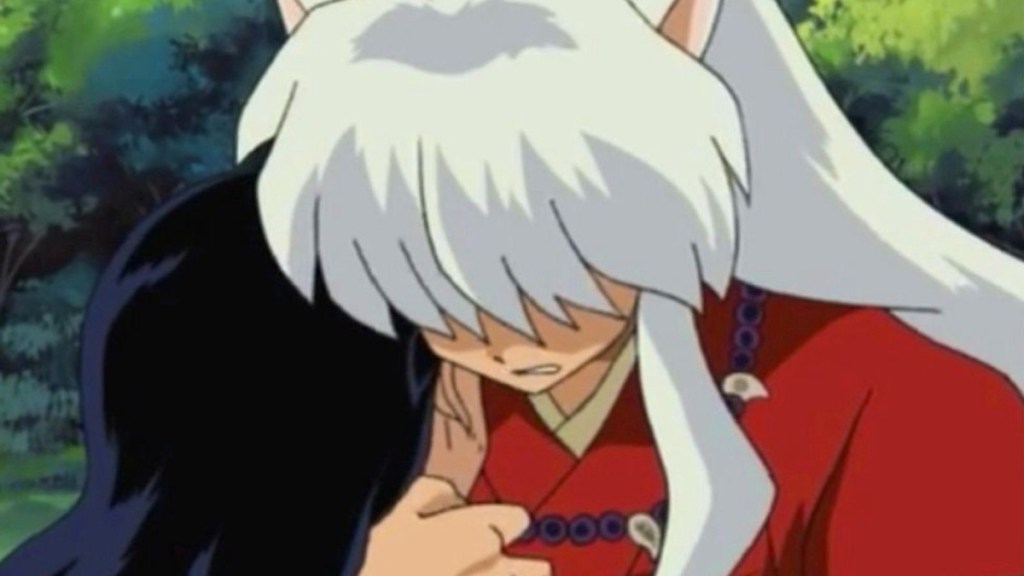 Season 4 Episode 107: Inuyasha Shows His Tears For The First Time

As the title of this episode indicates, this one is a particularly emotional installment of InuYasha as opposed to a more action-packed entry. A twisted series of events leads InuYasha to believe that Kagome and many of his friends have died as a result of poisoning. This is not the case, but the close call really opens up Inuyasha’s eyes. Inuyasha entertains some very dark thoughts during this time and it’s a surprising change of pace. He commits himself more than ever to keep Kagome safe. It’s a very powerful episode, even if it does figure out a way to have its cake and eat it, too. 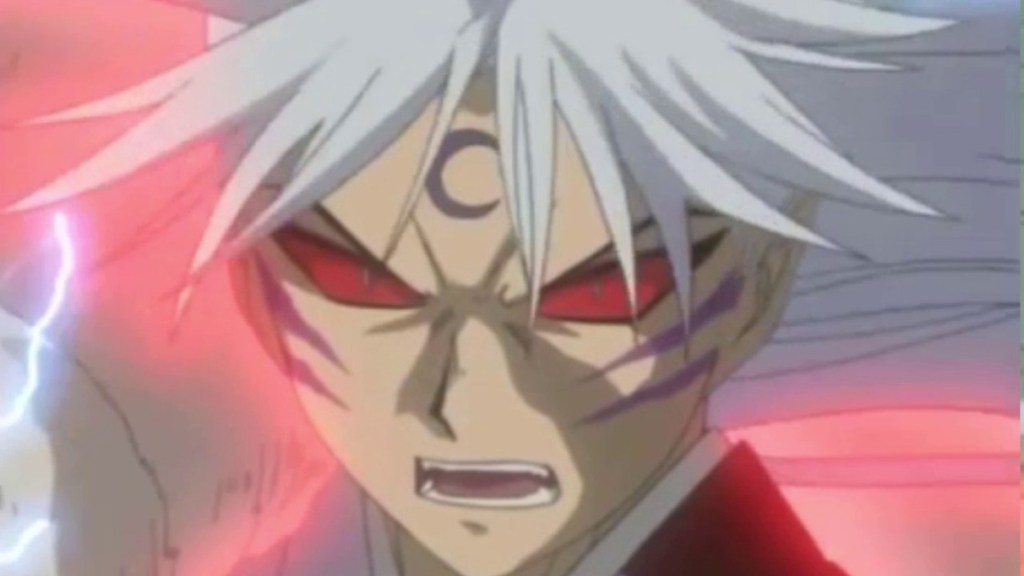 The bond between Rin and Sesshomaru is one of the sweetest dimensions within InuYasha. She helps humanize the demon in extreme ways and really helps balance out his character. “Forever with Lord Sesshomaru” acts as the ultimate affirmation of their bond. Rin is briefly kidnapped by a demon along with a bunch of other children, but the incident results in her choosing to leave with Sesshomaru rather than live with humans. Rin choosing to be with demons over her own kind is a huge turn and speaks to the complex nature of characters that InuYasha is so interested in. 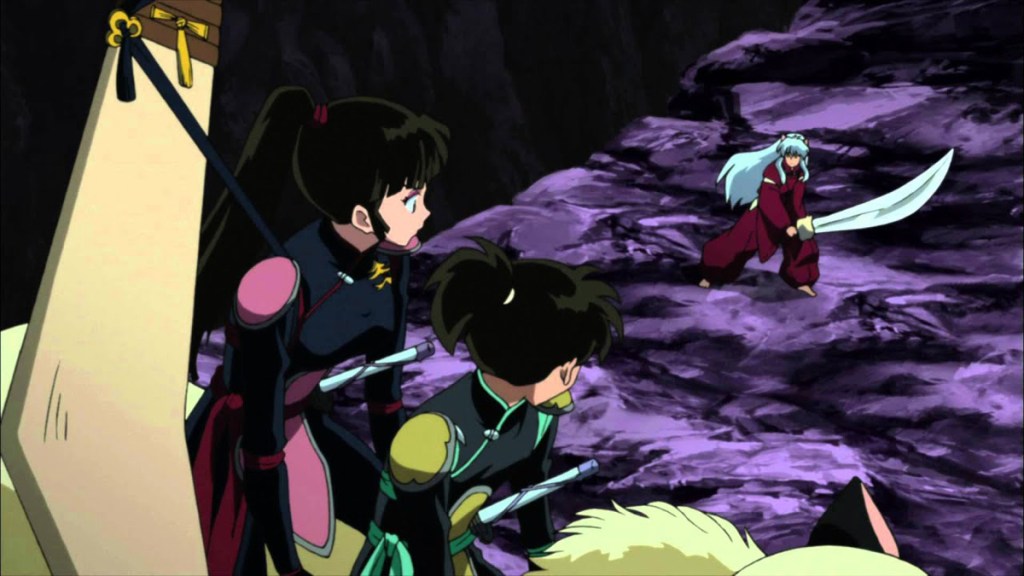 Season 6 Episode 166: The Bond Between Them, Use the Sacred Jewel Shard! (Part 1)

Episodes 166 and 167 of InuYasha are a grueling two-parter that works best as a package, but it’s the first half of the story that makes more of an impact. This is an episode of InuYasha that’s pure action and features Inuyasha and company taking demon attacks from all angles. There’s a real apocalyptic feeling to the danger in this episode that does the episode a lot of favors. Naraku proves several times over why he’s actually an intimidating antagonist. Goryomaru, the monk with a demonic arm, is also an extremely interesting addition to all of this mayhem. 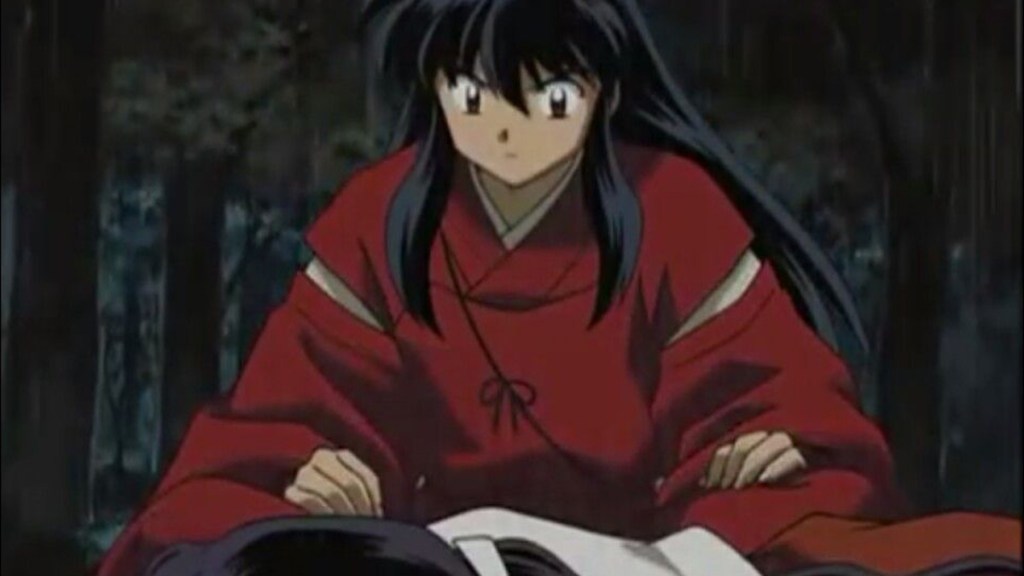 “The Tragic Love Song of Destiny” first aired as a one-hour special, but the second half is really where everything comes together with a tragic elegance. This is where Inuyasha and Kikyo’s sad backstory is finally revealed. This earlier look into a less hardened Inuyasha is so sweet and it’s crushing to see how all of this falls apart and turns into disaster. At the same time, Naraku’s history and obsessive roots are explained and how this all results in Kikyo’s death and Inuyasha’s curse. It’s a satisfying look into the past and there’s even an appreciated glimpse into Kagome’s introduction.

It’s a small detail, but the musical choices in this episode also make a big difference. The episode’s ending theme even makes use of the show’s first opening song, “Change the World,” in a poignant musical callback.

InuYasha can currently be streamed on Viz.com, Crunchyroll, Hulu, and Netflix.