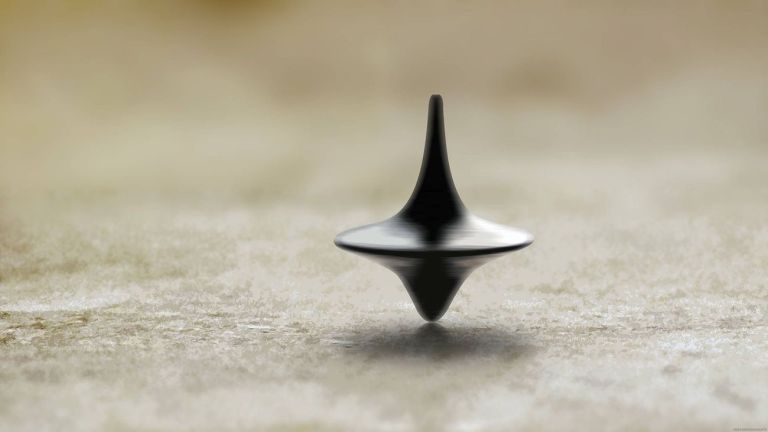 Ten years on and folks still debate what exactly happened during the final moments of Inception. As director Christopher Nolan’s seventh film, the movie and its closing seconds are arguably what made him a household name. Of course he’d already helmed the global phenomenon that was The Dark Knight, but with Inception, Nolan presented an original and flawlessly executed vision that walked the line between pulpy summer thrills and superb science fiction brain teasers. And nothing was more teasing—or to some infuriating—than an ending that had people falling out of their seats over the brief wobble of a spinning top.

The moment in question is the literal last image of the film: a tractricoid top spinning on a kitchen table that belongs to Dom Cobb (Leonardo DiCapiro). At least we think it is Cobb’s table. In truth, he hasn’t seen it in years because he fled the country after his wife and mother of his children, Mal (Marion Cotillard), killed herself due to the confusion he caused her. It’s an insidious revelation late in the movie when we learn that just by allowing this top to ceaselessly spin in her subconscious, he convinced Mal that her life, in all its forms, was a dreamy lie. Now Cobb uses the same cursed object as his own “totem,” a singular possession that allows the owner to tell the difference between a dream and reality.

Yet at the end of the film, after achieving what he’s wanted all these years—to return home—he doesn’t bother to wait at that table to see if his totem stops spinning, thereby confirming he’s awake and living his life instead of being trapped in a hideous delusion in some dark corner of his mind. Frankly, Cobb cannot distinguish the difference anymore and doesn’t care to. He’s home. And the top is still spinning. If. Only. Just. It might begin to falter, but Inception cuts to black before we can know for sure.

The intentional ambiguity of this ending launched a thousand think pieces and to this day incites argument among film critics, cinephiles, and just strangers quarantining on Twitter. There are those who’ll insist he’s awake, others that say he’s asleep, and more that suspect he and Mal never even awoke from limbo all those years ago. The filmmakers behind the film also don’t appear to be on the same page.

Two years ago, Michael Caine, who played Mal’s father in the film, admitted he didn’t understand the script but was assured if he’s on screen, then it must take place in reality. “I said to [Nolan], ‘I don’t understand where the dream is,’” Caine told Film 4’s Summer Screen. “He said, ‘Well, when you’re in the scene it’s reality.’ So get that – if I’m in it, it’s reality. If I’m not in it, it’s a dream!” That would be a simple way of concluding Cobb really did awaken alongside businessman Saito (Ken Watanabe) from their subconscious limbo experiences—a tall feat when it would’ve seemed like they lived decades and lifetimes in an abyss—and Cobb really got to see his children again. But then by Caine’s own logic, almost all the scenes in the movie could be a dream, as he’s barely in the film.

Indeed, the actual star of the film is not so confident about how events played out. Only earlier this year, DiCaprio told Marc Maron on his WTF podcast that he doesn’t know what happened at the end of the picture. “Sometimes you’re just focused on your character, man,” DiCaprio told his fellow actor. “I actually do get involved, but when it came to Chris Nolan and his mind, and how that would piece together, everyone was trying to constantly piece the puzzle together.” He finally added that the ending “depends on the eye of the beholder, I guess.”

Even Nolan himself is his typically laconic self about one of his film’s enduring mysteries.

“The way the end of the film worked, Leonardo DiCaprio’s character, Cobb – he was off with his kids,” Nolan explained to The Guardian in 2015. “He was in his own subjective reality. He didn’t really care any more, and that makes a statement: perhaps all levels of reality are valid?”

While that’s a lovely dodge—and the significance of Inception’s ending extends beyond the binary choice of “dream versus awake”—we’d argue there is nevertheless a clear cut answer about what kind of happy ending Cobb got: It’s the one where he made his actual children happy too.

To be clear, DiCaprio’s Cobb is awake at the end of the movie and reunited with his real children, not false projections that could never realize these young souls in all their perfections and all their imperfections. They’re the real deal. And we know this not because Michael Caine is there to greet Cobb at LAX, but because of how Cobb has differentiated his reality from his dreams.

Despite what some abstract thinkers suggest, Inception is not entirely “just a dream.” This is proven every time Cobb is able to use his spinning top totem correctly. While it originally belonged to Mal, in her dream it spun for eternity. After Cobb appropriated it as his own following her unintentional suicide, we see it work the way it is intended when Cobb spends a lonely morning in a Tokyo hotel room during the movie’s early moments, and again after he and Ariadne (Ellen Page) get a frightful visit from the specter of Mal in one of Cobb’s dreams. Each time, the spinner stops spinning.

While the final image of the film delightfully (or frustratingly) cuts off before we see the spinner stop, it’s already heavily wobbling, which is something it’d never done before. And more telling than any hope Cobb places on the totem is the line he draws for himself when he’s awake. Obviously in his mind, he’s still married to Mal, a beloved wife who never leaves his side, even when it’s to the detriment of high stakes corporate espionage. Consider the moment when she interrupts Cobb’s James Bond impersonation during the film’s opening sequence to tell Saito he’s dreaming. It’s frustrating in the moment for Cobb, but his subconscious self is always attached to her, as implied by the fact in that very sequence he’s still wearing his wedding ring.

In fact, in every sequence of the film where Cobb is clearly established to be dreaming, he’s wearing the wedding ring. It’s there when he first lures Ariadne into the appeal of designing mazes in dreams, and it’s on his left hand when he’s going into a dream within a dream within another dream during the film’s amusingly convoluted third act. Even after he breaks up with Mal’s shade for good at the end of the movie, saying “you’re the best I could do, but I’m sorry you’re not enough,” he is still wearing that blasted ring. It’s on his hands when he meets Old Man Saito presumably years later in their shared limbo (at least years as far as their minds are concerned). She’ll always be with him.

But even if he can’t let go of his lost wife, in the real world he accepts she’s gone. That’s why he never once is wearing his wedding band in sequences clearly intended to be set in reality. It’s not there the first time we see Michael Caine in his Parisian classroom, nor is it there when Caine’s Miles introduces Cobb to Ariadne. Similarly, it’s not there at the end of the movie when he awakens on a jet bound for Los Angeles.

Some might consider this an oversight on Nolan’s part, given the sequence of him waking up was likely filmed the same day they showed Cobb and the others going to sleep. But as uncharitable as this is to a filmmaking maestro, it also would ignore how Nolan intentionally shows Cobbs pass through U.S. Customs while handing the border officer his papers with his left hand. No wedding ring is in sight. Ergo, when Cobb got home, his children were as awakened from a dreary nightmare as him.

While art really is in the eye of the beholder, and you can interpret Inception however you wish, based on the rules established by the film, we can say definitively that Cobb is intended to make it home and not be distracted by a lie. And yet, to settle for this as the main takeaway of the ending is to remain at the surface of Nolan’s dream.

After all, Nolan also said this in 2015: “I feel that, over time, we started to view reality as the poor cousin to our dreams, in a sense… I want to make the case to you that our dreams, our virtual realities, these abstractions that we enjoy and surround ourselves with, they are subsets of reality.”

Inception does indeed make the argument that one reality is not necessarily more valid than the other. While Cobb as the hero of a Hollywood blockbuster says he will not settle for an abstraction, there are characters who do. Cobb sees more than several spending their lives essentially hooked up to the dream-internet when he recruits Dileep Rao’s Yusuf earlier in the movie. They’re there dreaming their lives away, preferring to spend 18 hours a day—potentially eons in dream time—living in a seeming fantasy. But Cobb and the audience alike are challenged to ask who are we to judge them? 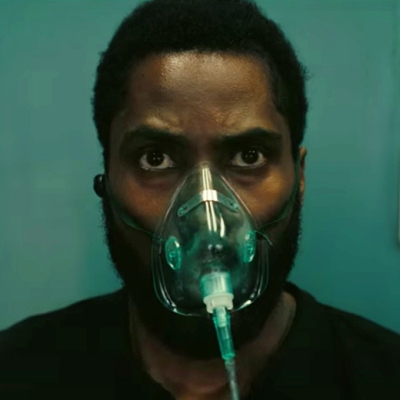 In a world where storytellers like Nolan create just one of an infinite variety of abstractions and “subsets of reality” to get lost in, be it as film or television, video games, social media, literature, comic books, or more, is it really so horrible to find a form of truth in a lie? Nolan would probably argue not since Inception is every bit the manifesto for its self-reflective storyteller as The Prestige is.

While that earlier magician-minded movie acts as an obvious full-length metaphor about cinema and storytelling being a kind of magic trick, Inception is similarly a parable for the role of filmmakers in sharing their dreams with an audience that wants to get lost in a subset of reality. Like Nolan, DiCapiro’s Cobb is a blond haired and exceedingly well-groomed director masterminding an illusion that will cause maximum catharsis on his mark: billionaire Robert Michael Fischer (Cillian Murphy), but also us. And like any good director, Cobb assembles the best crew he can find alongside his production designers (Ariadne), cinematographer and assistant directors (Joseph Gordon-Levitt’s Arthur), and actors (Tom Hardy’s Eames). Saito is even on hand to be both the caring producer and shrewd studio moneyman breathing down Cobb’s neck.

Together they create a world that exists only in scenes and shots, largely empty warehouses and soundstages occupied by a bit of artifice, or a lone street corner in Paris redressed for a specific and fleeting purpose. But when these elements are combined by a gifted group of storytellers, they create a subset of reality. And audiences, like the susceptible Fischer, populate the gaps and holes in the fantasy with their own imagination. Hopefully, in the rare instance, the fantasy can even be so emotionally powerful that it shapes the subconscious of the person who experiences it, potentially implanting an idea that could change the very essence of who we are. It happens to a cathartically drained Fischer, and it’s likely happened to you too with one movie or another.

“We bring the subject into that dream and they fill it with their subconscious,” Cobb tells Ariadne. And if the dream is rich enough, and the subset believable enough to pass as reality, then our minds will do the rest—like obsessing over the falter of a spinning top 10 years after a film cut to black.

Relic Review: The Horror of Fading Away