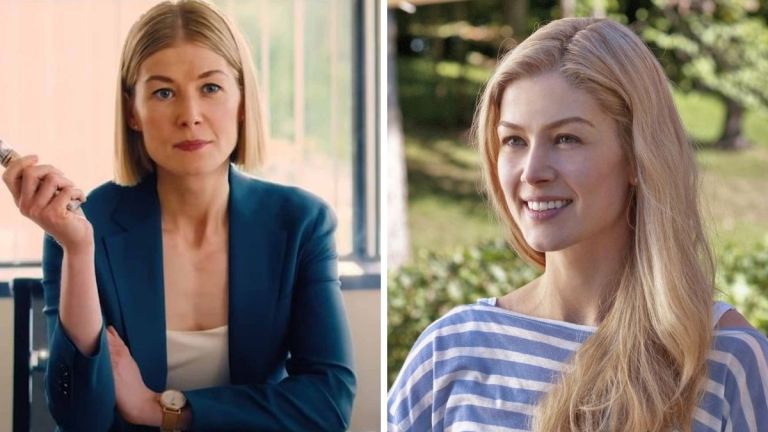 This much we know: Rosamund Pike makes a good psychopath. There’s something delicious about seeing a woman so beautiful to look at and so wonderfully put together turn out to be the embodiment of evil, and in I Care A Lot Pike nails it, with her pristine hair, angelic smile, and open features, coupled with her character’s perfect sartorial style.

In I Care A lot, Pike plays Marla Grayson, a woman who works as a professional guardian and exploits loopholes in the legal system to extort money and property from her wards. She’s a beast in a sharp suit.

This isn’t the first time Pike has played a monstrous and manipulative woman with an icy exterior. 2014’s Gone Girl saw her win accolades and awards (including an Oscar nomination) for her portrayal of Amy Dunne, the “cool girl” who fakes going missing with a view to framing her husband (Ben Affleck) for her murder, having him executed, and then killing herself. After a change of plan late doors, instead she murders an ex-boyfriend in cold blood, frames him instead for her kidnapping, artificially inseminates herself with her cheating husband’s semen, and forces him to stay married to her despite the fact that he knows she’s a murderer and was fully willing to send him to death row. So, you know, pretty dark.

But even though Marla doesn’t actually kill anyone with her bare hands and doesn’t display as clear psychopathic tendencies as Amy does, she remains a more monstrous villain nonetheless.

After Gillian Flynn’s novel Gone Girl became a wildly popular publishing phenomenon and a key work in the “grip lit” subgenre, the character of Amy Dunne became somewhat iconic. Not least because of the memorable “cool girl” speech Amy gives. It’s a brilliant picture of the kind of women men want (or think they want) and who women often pretend to be: the woman who likes everything their man likes, is endlessly tolerant, wolfs down fast food but maintains a perfect physique. It’s a beautiful, furious, passionate take down of a particular kind of relationship dynamic between men and women, and Pike delivers it with panache.

Amy is angry – her husband Nick (Ben Affleck) forced her to move out of New York City and come to Missouri to care for his mother, is cheating on her with a student, and is just the kind of guy who wants a “cool girl” and has moved onto the next one. “He doesn’t get to win,” Pike spits. She’s absolutely the woman scorned that the proverb warns you about. Her revenge is long planned out, it’s vicious and it’s specific. It’s also personal and fueled by rage. Amy’s a psychopath – yes – but there’s a sense of justice behind what she’s doing and somehow, despite the actual cold-blooded murder and pregnancy blackmail, she’s more palatable than Marla.

Marla too is partially fueled by the rage of injustice she has experienced based on her gender. She has learned to use her assets – her looks, her wits, her influence – to get what she wants. In another world, Marla could have been genuinely brilliant, – smart, brave, resourceful, persuasive. She could have been an absolute powerhouse in another industry. Instead, she’s a fiend! A devil!

Marla’s monstrosity comes from her utter disregard for her wards. She can claim feminist rage any day of the week but it doesn’t lessen her cruel treatment of Jennifer Peterson (Diane Wiest), a woman who appears to have built her own wealth without a husband or kids and who is living a happy independent life. That Marla would take her down without thinking twice indicates a particular kind of callousness. 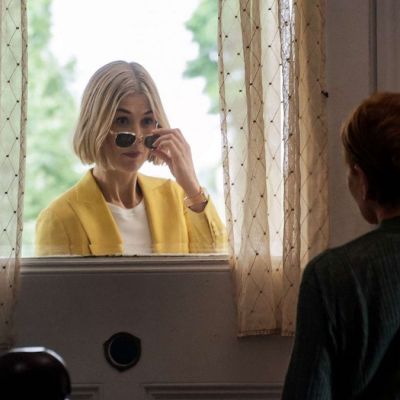 
I Care a Lot Ending Explained 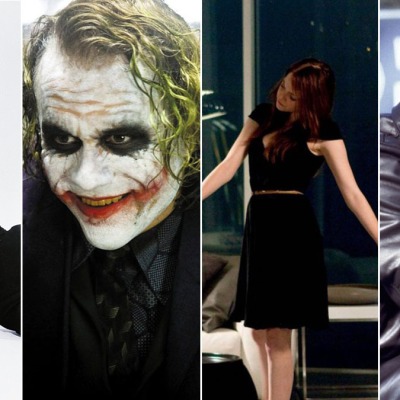 By David Crow and 3 others

While “cool girl” Amy is really red hot with rage, fierce Marla is as cold as ice. She doesn’t hate Jennifer. She doesn’t know her at all. She simply does not care in the slightest. Though on face value Marla seems to be motivated by greed – and that is certainly a key facet of her personality – she seems to be driven more by the desire to win. She has no moral code, but she makes it clear her rules of engagement involves the system and the court. Beat her there, she says, and that will be fair. Meanwhile her counterpart, Roman (Peter Dinklage) is all about violence. That’s his arena and he thinks nothing of murdering the doctor who was assisting Marla (Alicia Witt).

He’s a criminal and a murderer. She is on the right side of the law. But she is no less cruel. When Marla’s plans for Jennifer start to get derailed, she drugs her, then later denies her comfort essentially demanding a level of torture be inflicted. Later, she confronts Jennifer and actually specifically threatens her with torture, saying she’ll be transferred to a secure unit where she will ensure the remaining days of her life are a living hell.

Jennifer is not a one off. Marla has been doing this for years, ruining people’s lives, and the lives of their families without it troubling her conscience at all. And even when she’s offered a sizeable amount of money to release Jennifer, she won’t take it. Winning is more important than the money.

Amy might have the capacity for murder, she might test higher on the psychopath scale, but of the two, we’d trust her over Marla any day.

I Care A Lot is available to stream on Netflix (US) and Amazon Prime (UK) now.