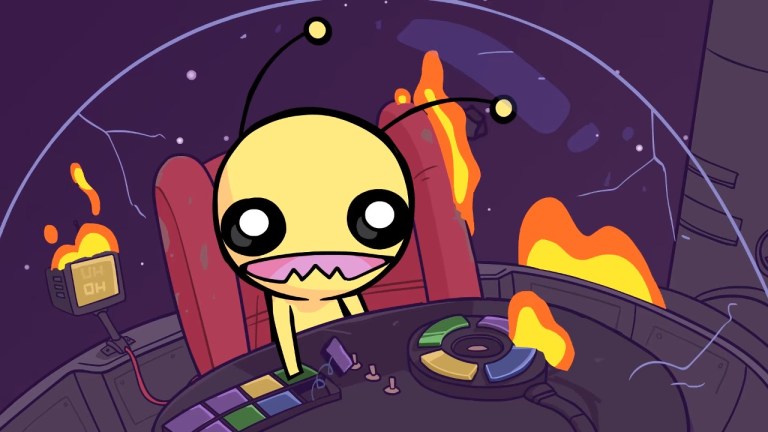 Though the news was understandably downplayed during what proved to be a turbulent year, December 31, 2020, marked the end of Adobe’s official support of the Flash Player. The end of their official support cast serious doubt on our ability to easily access a legion of Flash games that have, in their own way, carved a piece of internet culture and history.

As it turns out, the death of Flash was somewhat exaggerated. While it’s true that Adobe has ended their official support of the platform and that many websites are unable to run Flash Player and Flash-based programs as easily as they may have done in the past, there are several viable ways to continue to access various Flash-based games, Flash-based videos, and other content that relies on what will likely be remembered as a rough foundational element of the internet that was nonetheless vital to its growth.

So if you just want to play Crush the Castle, Warfare 1917, Canabalt, or thousands of other memorable Flash games one more time, then here are the best options available to you for accessing them following the “death” of official Flash Players.

If you’re looking to (fairly) easily access as many Flash games as possible, then you have to check out BlueMaxima’s Flashpoint project.

Flashpoint is a massive archive of over 38,000 Flash games and nearly 2,500 Flash animations. It’s by far the most comprehensive preservation project of its kind. In fact, it is so comprehensive that you may have some trouble figuring out where you’re supposed to start with it.

Well, if you’re a Windows user who is feeling bold and has space to spare, you can download what’s called Flashpoint Ultimate. This download (which currently sits at 530+ GB) contains the entire Flashpoint collection and allows you to access every file in that collection (even when you’re offline.)

Alternatively, there is the “Flashpoint Infinity” option. This option essentially allows you to download games on a case-by-case basis. While you will need to be connected to the internet during the initial downloads, you’ll be able to access the downloaded files offline after that.

Mac and Linux users can also access versions of these downloads, but because Flash support for those platforms is still in the experimental phase, you may find that not every file works as intended.

While Flashpoint isn’t exactly a complete collection of every Flash game and project ever made, it is an undeniably impressive effort and the best way to find some of the Flash games that defined an era of the internet best remembered for the sometimes humble contributions of a group of creators motivated largely by passion.

If you’re looking for an alternative to the Flashpoint project, then check out the Flash Game Archives.

Flash Game Archives advertises itself as an emulator for the console that Flash games never really had. While its collection of titles isn’t quite as extensive as the one you gain access to via Flashpoint, the program is incredibly smooth and boasts a very friendly interface.

If nothing else, this program is an easy way to take a walk down memory lane.

One of the more interesting potential long-term solutions to the “death” of Flash is a program called Ruffle.

Ruffle is a fascinating project. It’s essentially a Flash emulator designed to allow sites to upload Flash content the way it was “meant” to be experienced: through your browser. It’s still being developed, but Ruffle’s ability to run SWF files either online or offline makes it a surprisingly viable recreation of the basic Flash experience.

Infamous Flash content website Newgrounds already announced their intentions to use Ruffle to preserve as much Flash content as possible. While Ruffle isn’t necessarily the best “individual user” solution, it’s one of the more intriguing long-term options for the preservation of browser-based Flash content.

The name leaves a lot to be desired, but this program is essentially Adobe’s official way to continue to access Flash files offline.

This simple program allows you to open SWF files or access them directly via web directories. Once you have access to the appropriate files, you’ll be able to run them just as you would have been able to do via an embedded online Flash player. It can also be used as a debug tool (as the name suggests), but the usefulness of that functionality will likely be limited to developers.

Again, the functionality of this tool is limited in the grand scheme of things (and other programs offer easier access to individual games and programs), but it’s one of the more reliable ways to run “Flash files” outside of web browsers.

Flash game creator Anthony Lavelle (perhaps best known for his work on IndestructoTank) has made the unusual decision to preserve his Flash games by porting them to the Game Boy.

While you can play IndestructoTank via a web browser, it is possible to play Lavelle’s Flash ROMs on an actual Game Boy. Granted, the games aren’t 1:1 recreations of the originals (they’ve been redesigned to match the green/black color palette of the original Game Boy, for instance). It’s certainly an unusual way to preserve a Flash game, but some of the best Flash experiences actually feel at home on a platform that was all about maximizing the enjoyability of inherently simple experiences.

Don’t expect too many Flash games to make this leap, but definitely check these ports out if you can.

The Internet Archives (one of the best sources for online content preservation) has come through yet again by offering an extensive collection of Flash games via their website.

This is, by some measure, the least extensive way to access classic Flash games, but it’s undeniably one of the best ways to play some version of the most important Flash games ever made.

Titles like Trials, Alien Hominid, My Friend Pedro, VVVVVV, and Super Meat Boy began their lives as Flash games. While it’s possible to access some of the original Flash versions of these games via some of the methods that we’ve mentioned above, it’s quite remarkable that some of these titles happen to be worthy standalone “full” games despite their seemingly humble origins as Flash titles.

If nothing else, be sure to check out some of the better Flash remakes on markets such as Steam, Google Play, and more if you want a glimpse at how Flash games ultimately changed the industry.