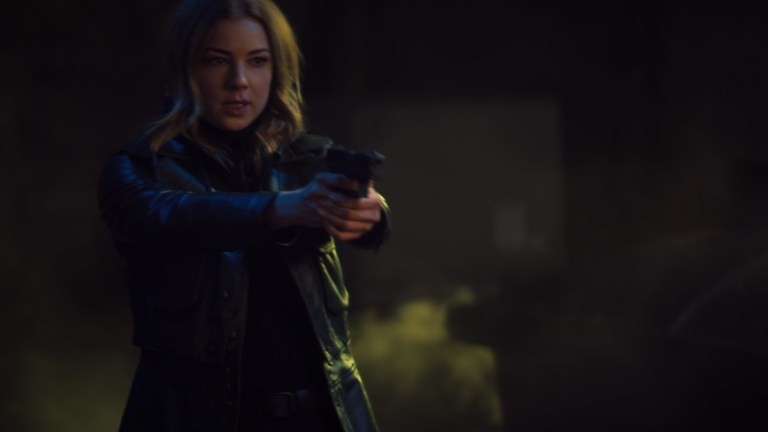 This article contains THE FALCON AND THE WINTER SOLDIER spoilers.

The Falcon and the Winter Soldier has its fair share of issues: The bizarrely uneven pacing, the mixed messages about capitalism and propaganda, the fact that Flag Smashers is literally the stupidest name for a villain supergroup in history even if they do exist in the comics. But like WandaVision before it, the series truly excels at giving multiple sidelined Marvel Cinematic Universe characters a chance to finally step forward into their own stories.

In just three episodes of this Disney+ series, we’ve already seen more acknowledgment of Sam’s struggle as a Black superhero than we have in any other MCU property. We’ve watched Bucky Barnes – arguably the franchise’s most tortured, damaged soul – seek help for his mental health struggles, try to facilitate restoration for his former victims, and bring justice to those he worked for as the villainous Winter Soldier. The show has barely scratched the surface of his complex relationship with Steve Rogers and his apparent obsession with his BFF’s legacy, but there’s every likelihood we’ll circle back to it eventually. Someone has to take up that shield, after all.

Third episode “Power Broker” brings back another familiar face in Sharon Carter, a character who is more often remembered for the uber-awkward kiss she shared with her aunt’s once and future boyfriend in Captain America: Civil War than for any actual specifics about her personality. Her brief appearances in the films have established that she’s intelligent, a pretty decent hand-to-hand fighter, and determined to do the right thing, no matter the consequences (thanks for that lesson, Aunt Peggy). Heck, she even single-handedly led an insurrection to try and save SHIELD way back when it was taken over by Hydra in Captain America: The Winter Soldier.

Yet, despite all that, the character simply could not catch a break, either onscreen or among the MCU franchise’s fandom. The fact that Sharon’s presence in Civil War is largely used to reassert Steve Rogers’ heterosexual status rather than to explore any actual aspect of who she is or what she wants makes her presence in the story seem pointless, and though she has appeared in two separate MCU films, the franchise has never bothered to give her much of a personality beyond a sort of blonde civil servant archetype.

Thankfully, that seems to finally be changing. Because the Sharon Carter who appears in Madripoor feels like a woman we’ve literally been waiting years to meet. 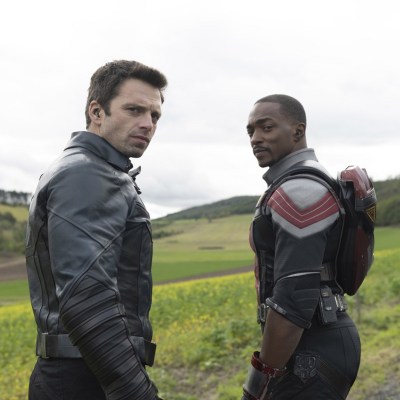 
The Falcon and the Winter Soldier Episode 3 Ending Explained 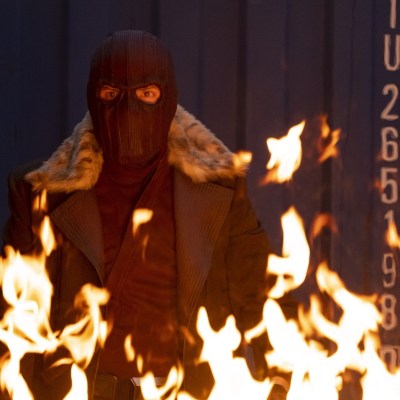 
The Falcon and the Winter Soldier Episode 3: Marvel and MCU Easter Eggs Guide

By Kirsten Howard and 3 others

Gone is the All-American girl positioned as a perfect match for Captain America. In her place is a Sharon Carter that’s been hardened by life in a dangerous world of bad luck and worse choices. She’s apparently the only person still paying for her involvement in the events of Civil War, and all her former teammates and supposed friends were clearly content to let her languish in a country without extradition laws, rather than help clear her name. (Don’t get me wrong I love Bucky, but he got a pardon already, didn’t he? For crimes that were a whole lot worse than anything Sharon did?)

Her bitter, jaded attitude rings true for someone who not only had to say goodbye to everything she cared about but had to relearn how to exist in a post-Blip world without any of the signposts that had previously defined her identity (and not for nothing, but it also makes her a lot more interesting and layered than she’s ever been allowed to be before). Of course, Sharon now seems pretty cynical about things like the Avengers and the culture of superheroes that surround them – but what did any of them do for her except literally ruin her life?

This is a Sharon who has not only learned how to fend for herself, she’s now a woman with real agency who doesn’t apologize for having choices or making them. Yes, she’s lost her idealism and her moral compass appears to have become a bit tarnished in the years since Civil War, but can we really judge her for that when Bucky and Sam are out here breaking a mass murderer out of jail? Sharon fences stolen art, sure, but only because she’s been caught up in the crossfire of events that aren’t and haven’t ever been her fault. Her life has become collateral damage to something much bigger than she is, and the institutions she spent her life serving didn’t show up to save her. She had to save herself instead, and those kinds of lessons are difficult to forget.

All of this makes Sharon “kind of awful now” according to Bucky, which is the sort of offhand comment that is theoretically supposed to be a joke, except these two have never been that kind of friends and this is a franchise that has, in the past, been wildly reluctant to acknowledge that its female characters can and should be allowed to encompass the same shades of grey as its men. In reality, these experiences have left Sharon as three-dimensional and layered as either of The Falcon and the Winter Soldier’s heroes, with her own private griefs and rage.

This rage is most clearly expressed in her positively brutal fighting style, which now involves deadly accurate knife-throwing skills and a much more violent hand-to-hand technique. Her face-off with a gang of local thugs is one of the best in MCU history, and the fact that she’s allowed such a scene feels like a significant step forward for a character who not very long ago seemed doomed to languish as little more than a love interest.

Yes, it’s a bit disappointing that Baron Zemo ultimately gets more screen time in “Power Broker” than Sharon does – no matter how charming Daniel Bruhl trying to dance might be – but it seems evident that this won’t be the last we’ll see of the former Agent 13. This episode repeatedly hints that there’s more to Sharon’s business in Madripoor than meets the eye – heck, she might even be the eponymous boss herself – and whatever she’s up to now, it’s probably not going to be strait-laced hero stuff. What a difference a few years in forced hiding makes, huh?