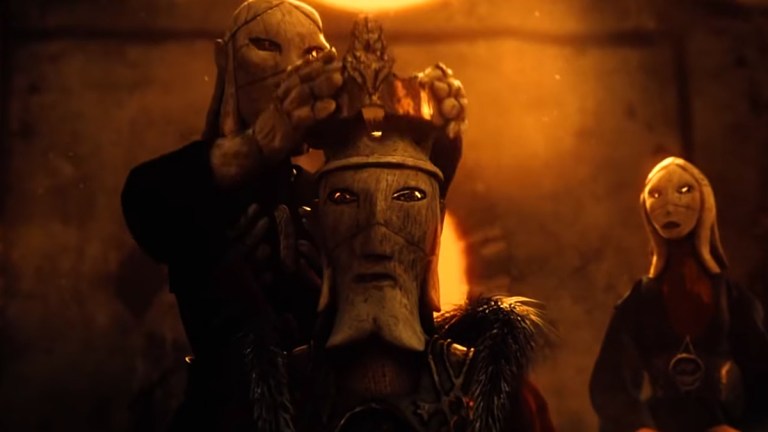 While Neil Gaiman has been one of the most revered writers in the world of comics for decades, his live-action CV has grown in recent years as he fields an increasing number of adaptations of his own works. Interestingly, the author has revealed how an uncredited contribution to director Guillermo del Toro’s 2008 sequel, Hellboy II: The Golden Army, was his first substantive foray into the world of film and television writing. It’s a contribution that, in retrospect, helped shape the film’s mythology-heavy plot.

In a testimonial that appears in the new documentary, Mike Mignola: Drawing Monsters, centered on the impact of the eponymous Hellboy comic book creator, Gaiman makes the surprising disclosure that he was tapped by del Toro to script the sequel’s animated prologue. With the film having taken as a stylistic divergence from its darkly-toned 2004 predecessor towards a more colorful fairy tale aesthetic, Gaiman was tasked with giving the segment a more authentic sense of fantastical whimsy, which was better placed in the hands of a writer the caliber of Gaiman. However, the reveal of said contribution (via EW) was, up until now, a secret to the general public.

“Not a lot of people know this, but my only little Hellboy thing, uncredited, is that back in 2007,” divulges Gaiman. “I was in Budapest where they were filming Hellboy 2 and I got to hang out on set and just watch the filming and learn. None of which I thought at the time was incredibly useful and all of which, when I became a showrunner a decade later, became incredibly useful.”

The sequel segment, a title-appropriate golden-hued animated prologue, takes an approach similar to The Princess Bride, starting with a live-action flashback to Christmas of 1955 following Hellboy as a child being read a fairy tale by his adopted father, Trevor Bruttenholm, played by the late, great John Hurt, reprising the role of the character killed in the first film. As Bruttenholm reads the story, young Hellboy stares off into a stove fire, which becomes a kind of hellish Punch and Judy in which the tale—about elven king Balor’s regretful move to create the titular gilded automaton army to turn the tide in a war against humanity—plays out in surreal form with figures resembling wooden marionettes; a tale interrupted by the naturally inquisitive child’s questions to its reader, thereby making Hellboy into our proverbial Fred Savage.

As Gaiman continues, “Guillermo del Toro at some point in there handed me the script for Hellboy 2 and said, ‘Can you make the fairy tale that it opens up with sound more like a fairy tale? I’ve written a fairy tale, but can you just can you do the language? And so, I got to do a rewrite on that opening fairy story in Hellboy 2 and it gives me an enormous amount of pleasure to know that I sort of cracked in. I’m in there in some way, you can hear little turns of phrase.”

Of course, with del Toro having written the script himself, the story was essentially laid out, but the director felt that the segment was still missing an intangible element that the more philological Gaiman could provide. The refined fairy tale was nevertheless crucial to The Golden Army, not only because it explains the titular titans, but due to the way it effectively sets the film’s fairy tale tone; a measure made necessary after the decision—despite the film being a sequel—to jump cold into a storyline that was completely removed from the first film’s established mythology of demons, secret monster subcultures and supernatural-powered Nazis. Consequently, with an overwhelming array of exposition to get out of the way, a fanciful, but nevertheless pithy prologue can do the narrative heavy lifting, allowing the film to unfold in a more natural, engaging manner.

Naturally, the cinematic comparison that the Hellboy II prologue immediately evokes is 2001’s The Lord of the Rings: The Fellowship of the Ring, which—at the slight risk of standing behind popular opinion—is perhaps the most effective piece of exposition in the history of cinema, and something for which screenwriters Peter Jackson, Fran Walsh and Philippa Boyens can consider an enormous achievement in its own right. The segment, famously read by Cate Blanchett’s Galadriel, covers an intimidating range of J.R.R. Tolkien’s extensive lore, which is effectively curated and condensed into a seven-minute story (which was even shorter for the theatrical version,) that conveys to viewers—notably the majority unfamiliar with the massive Tolkien mythos—in a conveniently distilled form everything they need to know to enjoy the film and its two follow-ups. 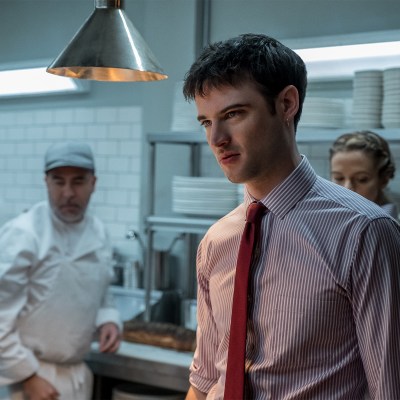 By Simon Brew and 1 other

An apparent example of Gaiman’s turned phrases regarding the atomic-allegorical dynamic shift caused by the overly destructive Golden Army read, “So, the world was changed. And the next time the humans marched, they felt the Earth tremble beneath their feet. And saw the sky darken with monstrous shapes.” It’s a poetic description of a skirmish that was likely bloodier and more widespread than the rhythmic elegance of the words imply on the surface. Yet, in a less-is-more manner, the language of nuance and a romantically elegiac approach also manages to convey the extent of the conflict.

Moreover, Gaiman’s Golden Army prologue effectively explains the story behind the creation of the titular titans, the royal crown that (literally) controls them, and introduced the key characters of Prince Nuada and Princess Nuala, both of whom subsequently manifest in a live-action scene that establishes Nuada (Luke Goss) as the film’s clear antagonist when he murders his father (Roy Dotrice) and attempts to covet the pieces of the crown to reawaken the war-waging Golden Army to mollify his own hatred of humanity. We also meet Nuala (Anna Walton), who temporarily stifles her brother’s destructive plan by scampering away with a necessary piece of the crown, and eventually has a romantic arc with Doug Jones’s Abe Sapien. Yet, the elven characters’ introduction as fairy tale concepts lends a special dimension to their immediate onscreen arrival.

While Gaiman’s revealed wordsmithing for the Hellboy II prologue didn’t quite elevate it to the groundbreaking level of the aforementioned Lord of the Rings, it was a task that was nonetheless effective, and helped the comic book legend dip his toes ever so slightly into the world of film and television. Now, some 14 years and several live-action adaptations later—and by way of some of the most well-regarded 2010s-era episodes of Doctor Who—he is firmly entrenched in the industry, notably as writer and executive producer of Netflix’s upcoming televisions series adaptation of his breakout DC Vertigo title, The Sandman, which will star Tom Sturridge as the gothic icon himself. It’s quite an impressive path from an abrupt bit of script-doctoring for some animation.