When studio executives are asked about the lack of representation in chief creative positions like writer or director, a common Hollywood response is something along the lines of: there was no one other than a white guy who was qualified (phrased more diplomatically… usually). More recently, however, as it becomes more and more clear just how much money there is to be made by giving big-budget opportunities to more diverse creators, Hollywood studio executives have gotten better at reframing the idea of “qualified,” a term that has historically been used as a way to prop up systemic inequality rather than as a reflection of talent. This seems to be the case with Raya and The Last Dragon, which is co-directed by Mexican-American filmmaker Carlos López Estrada, who made his feature debut in 2018 with live-action drama/comedy Blindspotting. The critically acclaimed Blindspotting, which stars Daveed Diggs as a convicted felon in the final three days of his probation, has little ostensibly in common with the animated action adventure Raya, but it is the movie that convinced Disney execs to reach out to the 32-year-old director.

“It was an unexpected opportunity for me,” López Estrada told LA Times in Español (via the DisInsider) in December. “I grew up watching Disney movies and if you asked me two years ago if I could see myself directing a Disney movie I would say ‘No’.” Disney’s development department reached out to López Estrada after seeing Blindspotting‘s Sundance premiere in January 2018. Three years later, López Estrada is not only the co-director (alongside Don Hall) of one of Disney’s biggest films of 2021, but is also set to direct both a live-action/CGI remake of Disney’s Robin Hood and an original animated film for Disney. López Estrada’s jump from a live-action, critically acclaimed independent film to a big-budget animated tentpole is the kind of career path that is common for white, male directors who come from financial privilege, but is much less likely for filmmakers who fall outside of that very specific demographic. 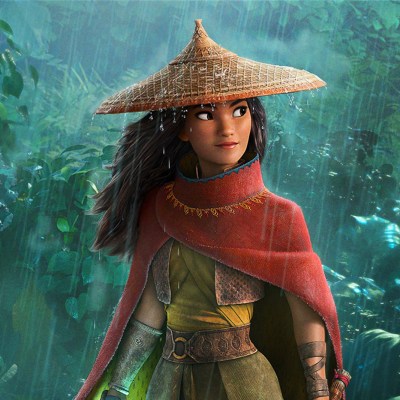 
Raya and the Last Dragon Review: The Best Disney Princess Movie Since Mulan 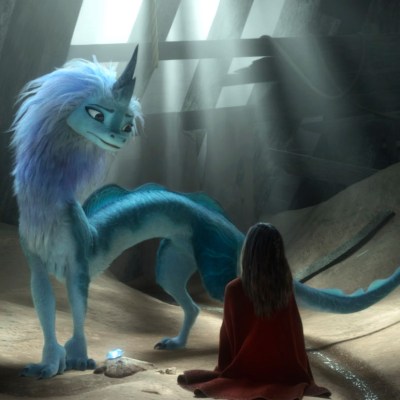 “They were looking for new directors, young directors with diverse voices, with different backgrounds,” said López Estrada of that initial meeting with Disney. “And when we were talking I saw they were really interested on telling stories from a very different point of view and that’s what I was doing at the time … Disney has showed a lot of support to the stories I want to tell in my movies, and to be honest it’s really special to me to have these opportunities.”

Disney and other Hollywood studios have a long way to go when it comes to giving more opportunities of creative control to women and/or people of color, but the diverse team behind Raya and The Last Dragon certainly feels like a step in the right direction—as does the fact that Disney is investing resources in López Estrada beyond one film, and empowering him to tell the stories he most wants to tell. López Estrada describes his original animated film, which is set for a 2023 release, as “a very intimate movie for me,” adding: “I started developing it from zero, it’ll be released in two years. I love it, I found a new creative home in an unexpected place but I’m really happy and let’s see what happens with these stories.”

Raya and The Last Dragon will be available in theaters and on Disney+ Premier Access on Friday, March 5th in the United States.