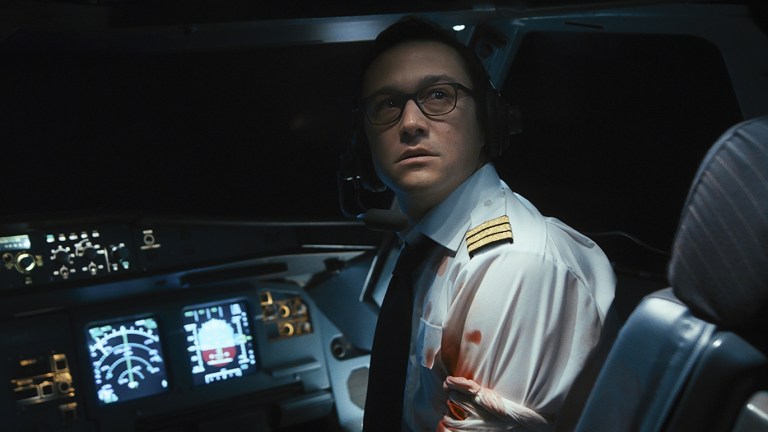 In his first feature film appearance in four years, Joseph Gordon-Levitt stars in Amazon’s 7500, a taut thriller from first-time German director Patrick Vollrath. Gordon-Levitt, who last appeared in 2016’s Snowden, stars as Tobias Ellis, a soft-spoken American co-pilot who works for a European airline alongside his flight attendant girlfriend and the mother of his child, Gökce (Aylin Tezel).

After Tobias and his captain, Michael (Carlo Kitzlinger), perform a routine takeoff and their flight leaves Berlin for Paris, a group of terrorists armed with knives storm the cockpit, managing to seriously injure Michael and stab Tobias in the arm. The latter is still able to seal the cockpit and contact ground control to make an emergency landing, but the terrorists outside the door threaten to kill the rest of the passengers and crew–including Gökce–if Tobias doesn’t let them back in.

Vollrath, whose 2015 short film “Everything Will Be Okay” was nominated for an Oscar, creates not just an excruciating test for his everyman protagonist in 7500 but mounted a challenge for himself and his crew as well: the 90-minute film takes place in real time, with a largely improvised script, and aside from a few opening shots, is set entirely inside the cramped airliner cockpit.

To achieve maximum realism, the production bought a decommissioned Airbus A320, cut off the front end and used that as the set of the movie. Vollrath and cinematographer Sebastian Thaler create a stark atmosphere of claustrophobia and tension as a result, especially when Tobias begins a cautious dialogue with one of the terrorists, a conscience-stricken teenager named Vedat (Omid Memar).

7500 is not your typical action-thriller by any stretch, from its mild-mannered hero to its ultimate message (first uttered by Gandhi) that “an eye for an eye leaves the whole world blind.” We spoke with Patrick Vollrath about the film’s genesis, its production, cast, and more.

Den of Geek: What was it about this idea and this image, shall we say, of the pilot in the cockpit that made this the hook for your first feature?

Patrick Vollrath: It was really three ideas that came together to create this film. The first one was creating the film just in one space. It immediately came to my mind that the airplane or even just the cockpit will be a great space to have a film, without leaving this cockpit, because there are circumstances like you’re flying, you’re 30,000 feet above the ground, you have this door, and it’s kind of unbreakable. That was one idea.

The second was really about the characters and especially the young boy. I read a lot about kids who were leaving their safe homes to join ISIS or other terrorist organizations and fight for them. I was always very interested in why they are doing this… that’s what the quote is about in the beginning. A very famous quote and it’s used a lot, but I really liked it for this film because I really wanted to make a film about breaking the circle of violence and not answering violence with revenge and more violence. Because it’s a circle and it can’t be the answer.

Did the finished film change much from the initial treatment you wrote?

No. First of all, it was all in the cockpit, it was always this very technical beginning when you’re getting to know where we are, who they are, and the normality of the workday. And it always ended like it ends. From the first two-pager I wrote, it was always these characters with these ideas, so it didn’t change that much. In the editing, of course, because it’s a film that plays in real time, you cannot lose a scene here and there. Every scene that we shot is in the film and we couldn’t cut anything out, because of course, it doesn’t work. 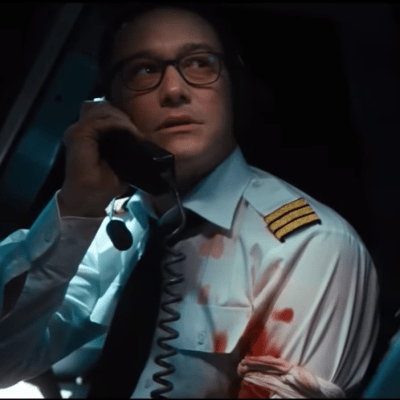 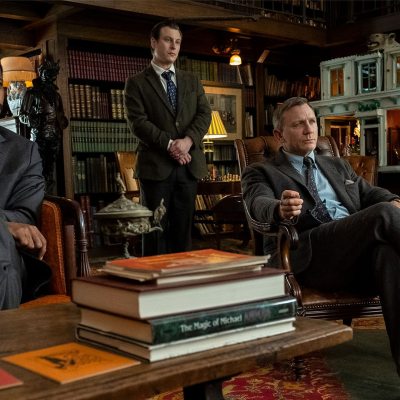 What kind of challenges does it present in terms of telling the story and developing the characters by keeping them all in this one very enclosed location?

When you decide to do that, you know that you don’t have the opportunity to tell all of the background of the story, because it will be very cheesy if everybody tells why they are doing this and where they come from and all this. You can tell that if you shoot to make the film in a different way and tell more outside of the cockpit, but when we are inside of that, you have to try to focus and to give just a little hint about their backgrounds. Sometimes you don’t get explanation of why everybody is doing this because that wouldn’t happen. Nobody when doing this would explain why he’s doing this.

So this is something that was a challenge, of course, and a challenge I took. On the other hand, it’s creating a realistic story inside of this cockpit and making every action and every twist or every turn in the plot very plausible or believable, even if it’s just in this one space. That was the biggest challenge. Writing this and creating the script was way more challenging than really filming inside of the cockpit.

I understand you bought a plane and then you used the front end of that plane and stuck those actors and your cinematographer in there.

My main concern was to really create something that worked, that you still believe in being inside there and that it works even if you don’t go outside that space. For the filming process, it was more a technical challenge because the space is so small and you cannot have more than three people inside the cockpit. To pull that off, there was a lot of logistical thinking: “How do we do that? How do we film that? How do we film this kind of documentary stylistic approach?”

I’ve been working with my cameraman also for, I don’t know, 10 to 12 years and we made a lot of films and shorts together. So we kind of know what we want and we don’t have to talk about it a lot. We talk more about, “Okay, how can we pull that off?” In the end, to film inside that cockpit took a lot of organization, a lot of team members who understood the challenges and understood that we cannot work at the same time inside of the cockpit, we cannot open it up, things like that.

The actor who plays the plane’s captain, Carlo Kitzlinger, was also a pilot with 25 years’ experience flying for Lufthansa. How valuable was it to have him there?

That was a gift. I always knew that we needed someone on set as an expert, as an advisor, who watched every take and who could tell us if it worked or if it’s believable. This is our main guy in the cockpit, that was like a gift because, what he can bring to a role, no other extra can because this kind of natural pilot behavior makes it so believable and so honest and true. That was a very beautiful. You really watched the pilot doing his work and that was always my goal.

How was Joseph as a partner in all this? How ready was he to jump into this in terms of getting the training right and also working with what was mostly an improvised script?

I think firstly, being away for two years, he really was ready again and after taking a little break and becoming a father and stuff, he was ready again to do something very challenging. And he always said this was the hardest film he ever did in 30 years of acting because it was something with so much improvisation. With actual takes, we shot like 30, 40 minutes in just one take. We shot like 10 to 20 pages of script in one take. It’s improvised so we’d go from one beat to another beat, from one action to another action, and all of it was a decision by the actor in the moment.

He’s also the nicest guy, so open, so willing to do all that and really invest himself in the film. Nothing at all like a clichéd Hollywood star kind of thing. He’s very nice to everybody, which is a gift. For every filmmaker, every director, especially for a first-time filmmaker, there was a lot of pressure and a lot of fear, of course, in making your first feature. And for a big name, a big star, it was a great experience working with him.

Do you have your next project lined up?

I’m working on a script with a bigger American company. They offered me an adaptation and we’re working on that right now. Hopefully it’s my next film and we start prepping that in a couple of weeks. I think it’s not strategically wise to announce it now.