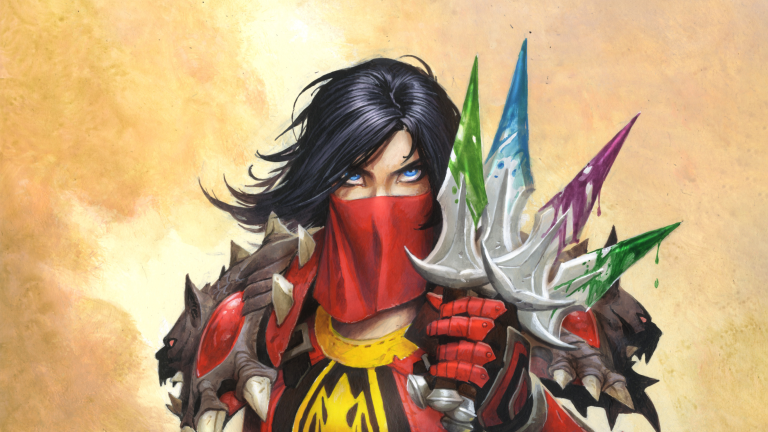 In case you haven’t heard, Hearthstone is getting a new “Core Set” of cards that will offer new, returning, and veteran players the chance to use a curated collection of minions, spells, and heroes that better fit the modern game and enable new design decisions in the future. The Core Set will be free for all players and will be available to unlock at the start of the next expansion rotation. You can check out every card in the new set for yourself right here.

While some of the cards in the Core Set are returning favorites from previous releases, it’s the brand-new and heavily modified cards that are catching everybody’s attention at the moment. These cards won’t just help form the foundation of Hearthstone‘s competitive meta in the coming years: they’ll offer entirely new strategies that could prove to be viable regardless of what other cards come and go through expansion rotations.

There’s no shortage of noteworthy new Core Set cards, but here are some of the ones you’re definitely going to want to try for yourself. 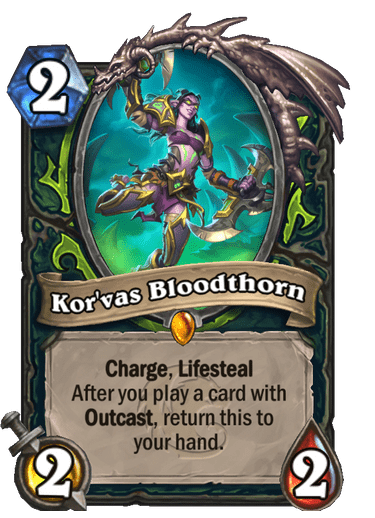 Kor’Vas Bloodthorn checks all the major boxes for both Demon Hunter and powerful Hearthstone cards in general. With its low-cost, charge ability, and lifesteal functionality, this is one of those cards that’s simply “good” in nearly every situation.

One thing we’re all going to have to keep an eye on is this card’s unique return to hand ability. It’s entirely possible it will be enough to make Bloodthorn the star of a potentially devastating one-turn kill deck. 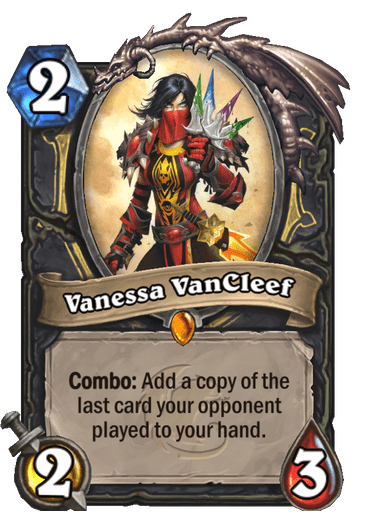 First off, I love that card art. Second, and more importantly, Vanessa VanCleef’s ability is a fascinating concept that fits perfectly into the Rogue class as well as a variety of possible decks.

What’s great about this card is the way that it forces your opponent to suddenly think about the order they play their turn in a way that they didn’t necessarily need to do before. Even if they deny you their “best” card, VanCleef has the potential to add enough value to your hand to make things very uncomfortable for them. 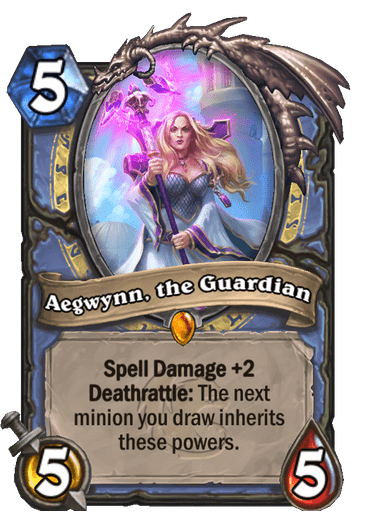 This card may not look like much on the surface, but it honestly gives Mage players a few of the things that they’ve been missing out on due to the class’s spell-heavy Basic and Classic card sets.

Aegwynn is a fairly stated card that greatly increases the value of minions in a Mage deck. It fits perfectly into the midrange plans of most slower Mage decks, and that Spell Power ability is going to be very handy for players looking to quickly end matches with a devastating barrage of spells. 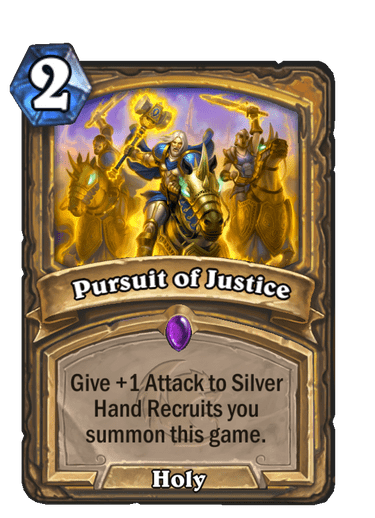 What makes Pursuit of Justice special (and potentially devastating) is the fact that it’s a low-cost spell with an effect that lasts you throughout the remainder of the match.

For aggressive players, the benefits of summoning recruits with more attack should be obvious. However, old-school Paladin control players will no doubt remember that recruits could sometimes automatically win slower matchups due to their influence on the “inevitability factor” of certain contests. This card is only going to speed up that inevitability factor. 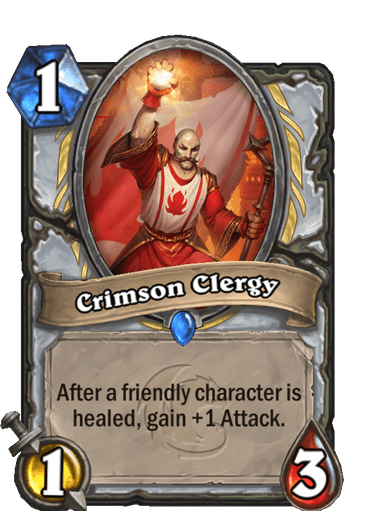 While recent Hearthstone expansions have done a better job of giving Priests effective early game cards, the class is always searching for a new one-drop that better lets them set the pace for the rest of the match.

Crimson Clergy could be that card. It’s going to be interesting to see how many times players are able to actually utilize this card’s effect in an average match, but even if Clergy dies fairly soon after it’s played, it still forces opposing classes to play off their back foot in a way that they rarely had to worry about when facing Priests. 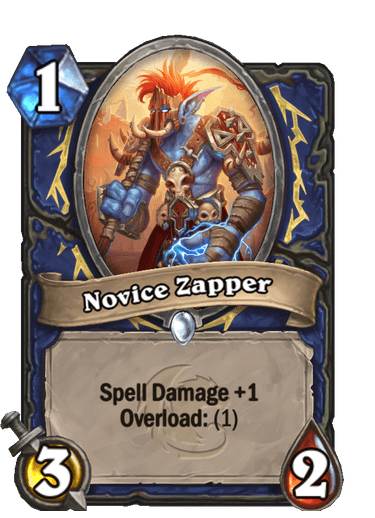 I’m not sure if Novice Zapper has the support it needs to really thrive at the moment, but as a standalone card, this new addition to the Shaman library certainly has nightmare fuel potential.

Aggressive Shaman players will certainly benefit from what this card offers, but Novice Zapper’s stats and abilities mean that it has the potential to really shift the momentum of a match in several common scenarios. 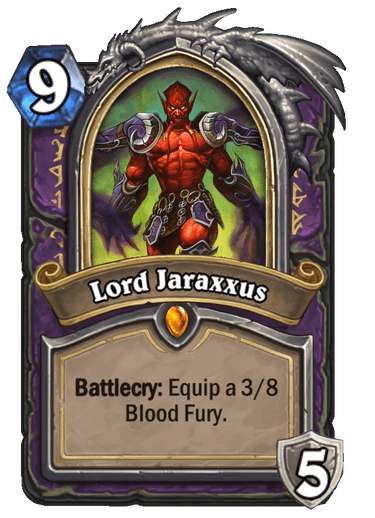 Lord Jaraxxus may not look “new” on the surface, but a closer look reveals that the card no longer sets your health to “15.” Instead, you gain 5 armor on top of whatever health you already have.

It’s difficult to overstate how much better that makes this card. I’m going to be very interested to see whether or not this card survives for long in its new form considering how easily it allows Warlock players to command the late game in slower matches. The fact that Jaraxxus can no longer be summoned from your hand or deck as a “Demon” card is just the cherry on top. 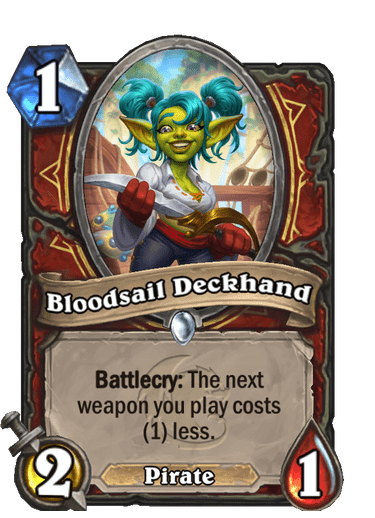 Like the best fantasy villains, Pirate Warrior is one of those deck types that is always threatening to come back and set the world ablaze. When it does return, Bloodsail Deckhand is going to be a big contributor to the archetype.

Even as a standalone card, this one might offer the right combination of tempo and value to make it worthy of inclusion consideration for any Warrior players running a least a couple of weapons in their deck. 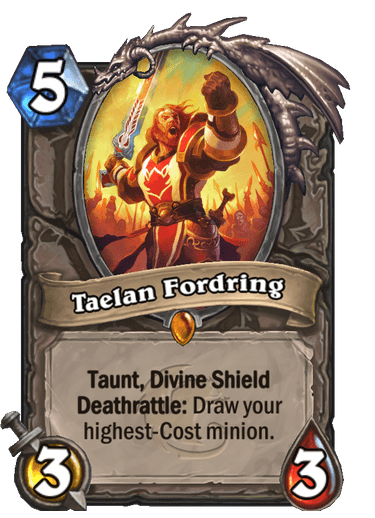 Here’s another card that doesn’t initially seem to pass the eye test. Hearthstone history has taught us that more expensive cards with low stats have to bring something pretty special to the table in order to see play.

However, I think Fordring offers something special. That “Taunt/Divine Shield” combo is traditionally pretty valuable (even at this cost) against aggressive decks, and the ability to draw the highest-cost minion from your hand is one of those triggers that can either be used for combos or simply to transition into the late game a little more effectively. 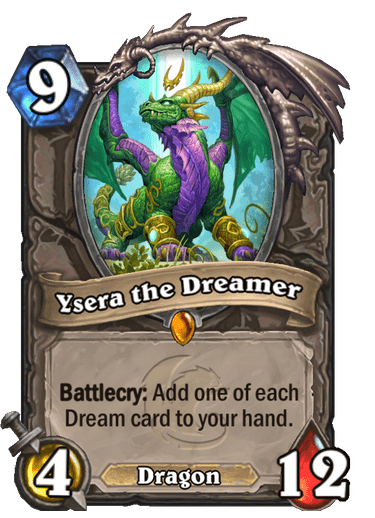 While some of Hearthstone‘s re-designed Dragon Legendaries are either seemingly worse than their former designs or need to be played with a little more before rendering a verdict, Ysera feels like a strict improvement in the ways that matter most.

While you only get four cards out of Ysera and it’s no longer possible to give two or more copies of the same card (unless you find a way to play this again from your hand), the new version of Ysera feels better overall and actually fits quite nicely into some existing decks. There are absolutely some situations where this card isn’t necessarily better than its predecessor, but it is noticeably better in the most common ones.