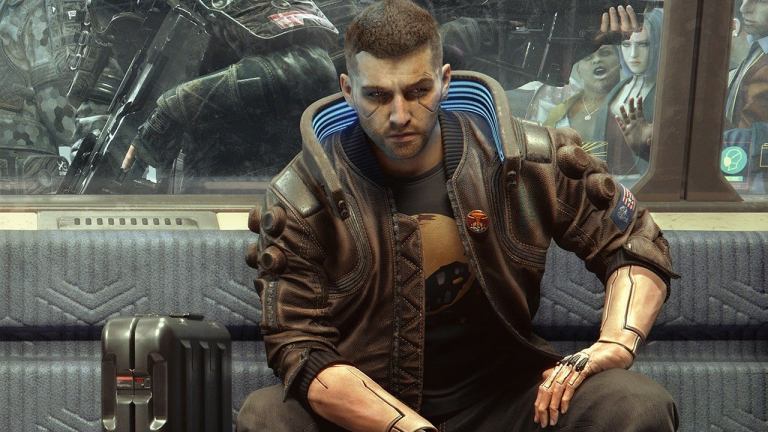 Nearly a month after its release, Cyberpunk 2077 remains a hotly contested game. From those who have seen all of the game’s endings to those who are just trying to understand what all the buzz is about, nearly everyone seems to have an opinion on Cyberpunk 2077 and those opinions are rarely exactly alike.

Cut through the divisiveness, opinions, and occasional drama, though, and you’re left with the question “Is Cyberpunk 2077 a Success?”

It’s a seemingly simple question that proves to be much more complicated than you may anticipate. In an attempt to add some statistical context to the Cyberpunk 2077 situation, though, here’s our breakdown of the most notable metrics that typically define success in gaming and what they tell us about how CD Projekt Red’s game is really performing so far.

While the initial Cyberpunk 2077 reviews were largely positive, subsequent critic reviews have proven to be noticeably more mixed.

To briefly illustrate this point, let’s take a look at how Cyberpunk 2077‘s OpenCritic aggregate score compares to other major multi-platform releases from 2020.

While those numbers offer a glimpse at how Cyberpunk 2077 compares to some of its closest competition, the biggest reason Cyberpunk 2077‘s initial review scores differ so wildly from its current aggregate scores can be attributed to the nature of the Cyberpunk 2077 review process.

See, the outlets that received early “review” copies of Cyberpunk 2077 were not allowed to capture direct gameplay footage for use in pre-release reviews. That meant that most of us didn’t get to see just how buggy the game really is. More importantly, none of the early Cyberpunk 2077 reviews covered what turned out to be the game’s truly disastrous console ports. The current Metacritic review scores for each version of the game highlight the scope of the quality discrepancy:

That’s the odd place we find ourselves in when taking the temperature of Cyberpunk 2077‘s critical reception. It’s almost impossible to talk about the game without adding numerous asterisks designed to separate the various versions of the game. Still, there is a noteworthy experience in Cyberpunk 2077 underneath all the bugs, all the problems, and even some of the potentially missing features.

Yet, it feels safe to say that Cyberpunk 2077‘s review scores have proven to be noticeably lower than previously anticipated. The best evidence of this can be found in CD Projekt Red’s decision to give employees a bonus regardless of whether or not Cyberpunk 2077 achieved the previous review score benchmark they set for the game (a 90 aggregate score on Metacritic).

That’s as clear of an indication as you’re going to get in regards to a company putting their money where their mouth is in regards to whether or not their product met expectations.

While Cyberpunk 2077‘s critic reviews are mixed for a variety of reasons, the game’s user reviews tell a slightly clearer tale. Here are the current Metacritic user scores for the various versions of the game:

Again, there’s a noticeable gap between the PC and console versions of the game, but the theme you see in nearly all of the game’s user scores is an emphasis on the project’s technical problems.

That emphasis can certainly be attributed to the fact that many console gamers had to find out the hard way that their version of the game was broken, but even the reception of the PC version has been harsher among those who not only had to pay for the game but likely weren’t able to play it on the kind of high-end PCs available to many top review outlets.

Look beyond the technical issues, and you’ll find that many user reviews are more likely to highlight some of the game’s other problems. Some of those problems can certainly be attributed to the sometimes unreasonably high (and inaccurate) expectations for the game, but as we’ve also pointed out, there are elements of the Cyberpunk 2077 experience that leave you wondering whether we’re playing the game CD Projekt Red intended to make.

Again, there are quite a few Cyberpunk 2077 players who will praise the game at any opportunity. It’s certainly deserving of much of that praise. Yet, it again feels safe to say that Cyberpunk 2077‘s reception has been colder than previously anticipated.

User review scores can be misleading for a variety of reasons, which is why one of the truer tests of a game’s success has long been how many people remain engaged with it over a longer period of time.

So far as that goes, Cyberpunk 2077‘s Steam player count figures paint a potentially troubling picture. A recent report from Githyp suggests that Cyberpunk 2077 has lost 79% of its concurrent players since it launched on December 10. That number only applies to Steam, but it feels reasonable to suggest that similar trends will emerge if you view similar figures across multiple stores and services.

To be entirely fair, that kind of drop is hardly a surprise when you’re talking about a single-player game with a campaign that can be completed in about 20-30 hours (under the right conditions), but there are a couple of other factors you need to consider when looking at these numbers.

Namely, it’s been noted that it took months (not weeks) for The Witcher 3 to see a 79% player drop on Steam. Again, part of that can be attributed to the larger size of The Witcher 3‘s campaign, but it’s also been noted that many open-world games typically retain more players over a longer period of time than “traditional” single-player titles.

Still, the fact that Cyberpunk 2077 currently boasts the fifth most concurrent players on Steam (at the time of this writing) tends to suggest that quite a few people are still engaging with it in a meaningful ways. To put it another way, those who stuck with Cyberpunk 2077 have seemingly chosen to spend quite a few hours in the game. 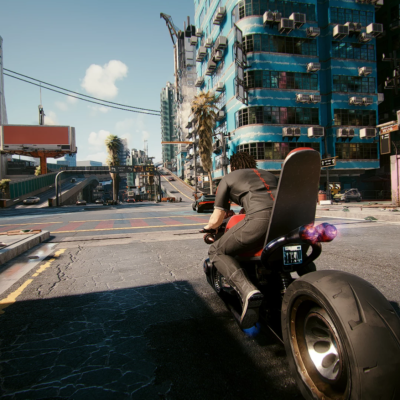 By Den of Geek Staff 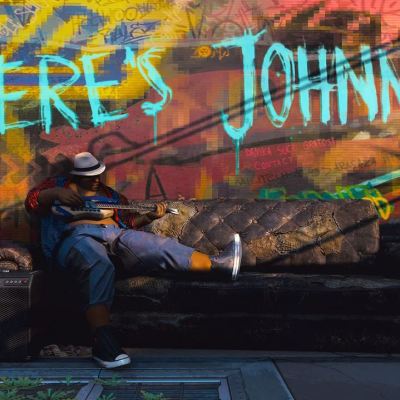 CD Projekt Red was quick to report that Cyberpunk 2077 sold 13 million copies in its first two weeks of retail availability. The company also noted that figure was good enough to ensure that the game had already recouped its development costs.

However, there are factors that complicate the significance of that figure. First off, you may recall that Cyberpunk 2077 was removed from the PlayStation Store as part of an industry-wide response to the numerous refund requests for the game. The fact is that we don’t know exactly how many copies of Cyberpunk 2077 have been returned thus far.

While Cyberpunk 2077 likely still recouped its development costs in that scenario, let’s be clear that recouping costs is typically the floor of sales expectations when you’re talking about these kinds of projects. It’s been suggested that CD Projekt Red expects to sell over 25 million copies of the game during the title’s first year of availability, and their ability to reach that figure may hinge on the quality of the game’s 2021 update’s as well as the anticipated release date of the title’s DLC and multiplayer.

Put it all together, and it seems like Cyberpunk 2077‘s sales figures are either at or below expectations but seemingly not noticeably ahead of anticipated sales figures.

It’s tempting to answer that question with “Yes” or even “Technically, yes” given the game’s strong enough sales figures, but when you really put everything together, the answer has to trend closer to “No.”

CD Projekt Red knew that Cyberpunk 2077 was going to enjoy a strong debut, even if they had to manufacture a review process that would potentially bolster its initial scores. Yet, when you factor in current review scores, the company’s public statements, and rumors of internal drama within CD Projekt Red, it sounds like Cyberpunk 2077 has failed to meet more expectations than not.

It’s almost impossible to call Cyberpunk 2077 an abject failure given its creative successes and relatively strong player counts/sales, but the early metrics that are publicly available reinforce the idea that calling the game a success requires you to ignore too many factors that complicate that situation.

What remains to be seen is whether CD Projekt Red can turn what could be generously categorized as a technical success into a comeback story for a fighter that probably shouldn’t have lost so many rounds in the first place.