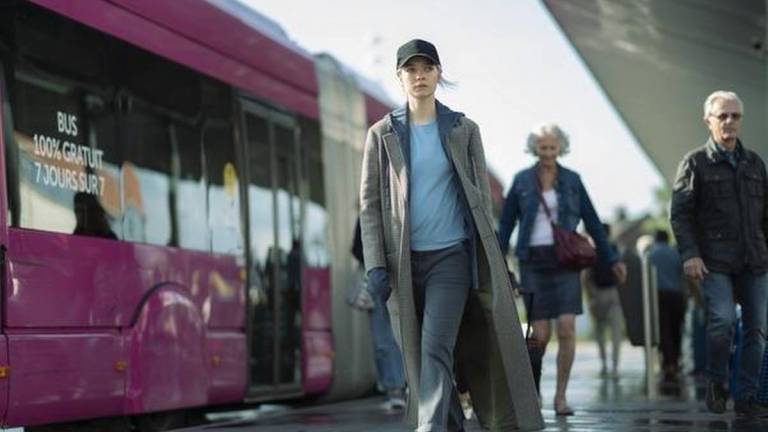 This Hanna article contains MAJOR spoilers for the end of Season 2.

There’s nothing quite like Amazon spy drama Hanna on TV right now. It is reminiscent of great spy shows of yesteryear—The CW’s vastly underrated Nikita, comes to mind—but with a budget and sense of cinematic style that sets it apart from similarly-themed series that have come before. Season 2 is arguably a stronger season than the first outing of this feature-to-series adaptation, widening the scope of the world by making protagonist Hanna one of an ensemble rather than so closely hewing to her coming-of-age perspective. But, like its first season, this second run of episodes doesn’t waste any time moving through plot. If you had any trouble making sense of everything that went down in the final part of Hanna Season 2, this is the article for you…

An Hour of Shootouts

The final hour of Hanna Season 2 is a certified bloodbath, with some characters whose names we know, some characters whose names the show thinks we know, and some characters who never got names dying in the various shoutouts that happen across beautiful Barcelona, where the final hour mostly takes place. In the previous episode, Hanna is able to stop Sandy from killing Kat Gelder, but the Utrax assassin succeeds in taking out Kat’s father, whistleblower Robert Gelder. However, Sandy doesn’t get her hands on the sensitive documents Gelder was planning on leaking to the press, which means the game is still, as they say, on.

Sandy escapes the hotel, and Hanna and Clara whisk Kat away to one of the villas in the hills overlooking Barcelona (by tricking caretaker Raol into opening the gate) to regroup. While Clara stays to watch over hostage Raol and traumatized Kat, Hanna goes to the hotel to find the Utrax document Gelder was planning on handing over. (It was in the hotel safe… like, how did no one check there?) She manages to snag it, but not without getting into a shootout with Carmichael and Utrax. Spanish journalist Alba Paredes dies in the process, marking the second journalist death following Nicola Gough’s murder in London this season on Hanna.

Hanna makes a break for it, running into Marissa on her way out of the hotel. Marissa convinces Hanna to escape with her, but when they get to Marissa’s car, Hanna recognizes a waiting Grant as one of Carmichael’s people. It is revealed that the two agents that saved Marissa are not, in fact, working against Utrax, but with them. They staged Marissa’s “rescue” in the hopes that she would lead them to Hanna… which she technically has. Of course, Marissa and Hanna manage to escape (separately) because that’s just how they roll.

The Shootout at the Villa

Meanwhile, back at the villa, Raol has convinced Kat to activate the alarm while Clara is distracted emailing her birth mother. She does, and Leo, who has been driving around the area (per Sandy’s suggestion), hears it and makes his way to the villa. He promptly shoots Raol, just to get him out of the way, and sets about finding Clara and Kat, promising Kat that if she gives herself up, she’ll be safe.

Clara calls his bluff, knocking him into the pool where he is shot by Carmichael, who is presumably trying to hit Clara but doesn’t care enough about Leo to worry about getting a clean shot. Hanna, who has made it just in time to provide cover for Clara, shoots and kills Grant and then shoots Carmichael in the shoulder.

It was already heavily implied that Carmichael was behind the government leak set to expose Utrax, but we get confirmation in the season finale. Alcohol never did Carmichael any favors, and it certainly didn’t the night he shared the list of Utrax targets with Robert Gelder, leaving the file alone with him for a minute to hobnob with another Capitol Hill V.I.P. In that time, Gelder took a photo of the list on his phone and later decided to follow his conscious and bring the information to the press.

Marissa figures this all out, but rather than exposing Carmichael, she makes a deal: he will bring her back into the Utrax fold and she won’t tell his bosses about his slip-up. Carmichael agrees, which means Carmichael will more or less be a puppet leader, with Marissa serving as the puppetmaster who is actually running day-to-day operations at Utrax should there be a Season 3. She’s also recruited Hanna for the job, which presumably means they will both be “undercover,” as it were, at Utrax, taking down the company (or whatever they choose) from within. This would make for another exciting premise reset for Season 3.

Adding to the complicated game of allegiances at Utrax is Terri, who made the choice to protect Clara and her mother in the season finale by deleting evidence of their correspondence. We saw Terri express some uneasiness with what the Utrax job ethically entails since her first day on the job, but this was the first time she chose to act on those implied reservations. While it certainly doesn’t mean she’s up to join Hanna and Marissa’s side, it suggests that, should the opportunity present itself, Terri might be a good person to recruit. Especially given that, with Leo dead, Terri is poised to inherit more program responsibilities post-Barcelona.

One person who seemingly won’t be joining in on the Infiltrate Utrax agenda is Clara, who finds her birth mother in the final act of this season. In a rare happy ending for this show, Clara reunites with her mother who is overcome with emotion to see her. It’s unclear where they might head next—it seems dangerous to return to Alexandria, where Clara’s mom was living before Clara reached out to her—but we do know that Clara is committed to finding happiness with her mother. When she and Hanna part ways, it is with the understanding that they will never see each other again. Which means, unless something goes wrong with Clara’s plan, then we won’t see Clara again either.

Sandy Doubles Down on Utrax

One character who probably won’t be on the Potential Ally shortlist for Hanna and Marissa for Season 3? Sandy. At the end of Season 2, she goes all in on Project Utrax, not only killing Robert Gelder, but telling John Carmichael that she doesn’t care what happens to Clara/Clemency. She ends the season playing a public piano in a plaza, exhibiting yet another skill that Utrax taught her and seemingly unfazed by the murder she committed.

We learn a lot more about the Pioneer Group’s plan—which is to say we learn anything about the Pioneer Group’s plan—in the Hanna season finale. The Pioneer Group, presumably made up of people within the CIA, is the force behind the Utrax program. In this episode, Hanna gets a look at the information Gelder was planning on sharing with the press. Inside Gelder’s envelope is a short letter from “Tacitus,” aka Gelder, explaining that in July 2019, a “highly-placed CIA agent,” aka Carmichael got drunk and showed him a list of Utrax targets assembled by the Pioneer Group. The list is all people under the age of 30. It seems that the Pioneer Group has identified a list of young people who could potentially threaten their power in the future, and have no problem with murdering kids. This isn’t so surprising, given that they have shown a previous willingness to both kidnap and murder babies.

What did you think of the Hanna Season 2 finale? Let us know in the comments below.