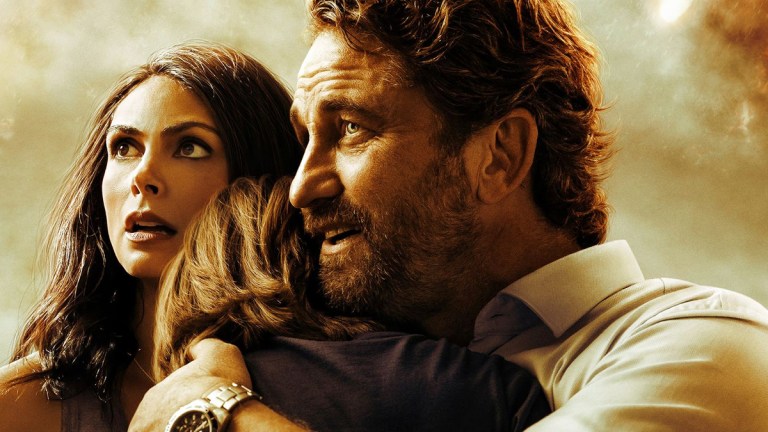 Greenland, a cinematic disaster epic scheduled for August, has released a trailer showcasing extinction-level devastation for humanity, whose survival—in a manner akin to many recent disaster epics—rests on the shoulders of Gerard Butler.

In the case of Greenland, Butler headlines as a man who, joined by his estranged wife (Morena Baccarin) and young son (Roger Dale Floyd), embarks on a dangerous journey to prospective safety after the planet becomes bombarded by a planet-killing comet and its scattered fragments. However, expect the apocalyptic backdrop of the film to simultaneously highlight the bravery of humanity while indicting its more unstable elements. The film’s cast also consists of Scott Glenn, David Denman, Claire Bronson, Gary Weeks and Andrew Bachelor.

With that set, check out the Greenland trailer just below.

As the official logline for Greenland fully explains of the film’s plot:

A family fights for survival as a planet-killing comet races to Earth. John Garrity (Gerard Butler), his estranged wife Allison (Morena Baccarin), and young son Nathan make a perilous journey to their only hope for sanctuary. Amid terrifying news accounts of cities around the world being leveled by the comet’s fragments, the Garrity’s experience the best and worst in humanity while they battle the increasing panic and lawlessness surrounding them. As the countdown to global apocalypse approaches zero, their incredible trek culminates in a desperate and last-minute flight to a possible safe haven.

Ric Roman Waugh serves as director for Greenland, and worked off a script by Chris Sparling. The film represents an instant reunion from Waugh’s directorial turn on star Butler’s most recent disaster franchise sequel, 2019’s Angel Has Fallen. Waugh came into that film after fielding 2017 crime drama Shot Caller (which starred Game of Thrones’ Nikolaj Coster-Waldau in unrecognizable form, heavier, mustachioed and covered in ink) and 2013 Dwayne Johnson-starring actioner, Snitch.

Interestingly, Greenland didn’t exactly have a direct path from concept to completion. It came into the pipeline by production companies Anton and Thunder Road Pictures with distributor STX Entertainment during the 2018 Cannes Film Festival. However, it was in completely different form, initially announced as a provocatively hush-hush project with sci-fi auteur Neil Blomkamp tapped to direct the film, which, at one point, had locked in Marvel’s Captain America, Chris Evans, for the starring role. Yet, Blomkamp—as he tends to do—subsequently abandoned the project by February 2019, and Evans followed suit. Waugh came into the picture shortly afterwards, and, having just made Angel Has Fallen, had no trouble procuring a new star in Butler, who, despite recovering from a certain genre-similar Geostorm, brings heroic gravitas from Den of Thieves, Olympus Has Fallen, sequel London Has Fallen and, of course, the shiny swords and shinier abs of yesteryear in 2007’s 300.