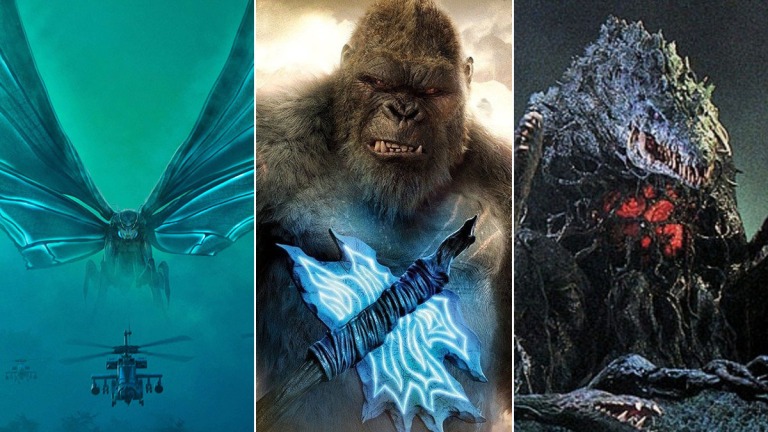 The future of the MonsterVerse is uncertain. If you had any doubt, just look at the lack of a post-credits scene in the latest installment, Godzilla vs. Kong. While Kong: Skull Island teased the coming storm of King Ghidorah and other kaiju, and Godzilla: King of the Monsters ended its actual credits sequence with the big ape waiting in the wings, there is a sense of closing out a chapter (if not the book) in the MonsterVerse’s Godzilla vs. Kong.

This is in large part because it is up in the air how Warner Bros. and Legendary Pictures will proceed with Toho Co. Ltd., the creators and owners of Godzilla and his assorted monster friends. Under the previous contract, which concluded with this year’s monster mash-up, Toho was unable to produce any live-action Japanese Godzilla movies until after 2020, leaving room for Hollywood to ramp up to this week’s big fight. And while Toho got more creative control over the new movie, as well as 2019’s Godzilla: King of the Monsters, the company is keeping its cards close to the chest about what they’d like to see next.

They might be unsure, but we’re positively certain that we want to see more of the MonsterVerse come out of the West, including with more Toho input. Even if we’ve already seen most of Toho’s A-list stable—Godzilla, Ghidorah, Mothra, Rodan, and Mechagodzilla—few other than the Big G have had enough time to fully shine. There’s a whole weird world of gods and monsters worth exploring out there. So if the MonsterVerse does continue, here’s where it absolutely should go next. 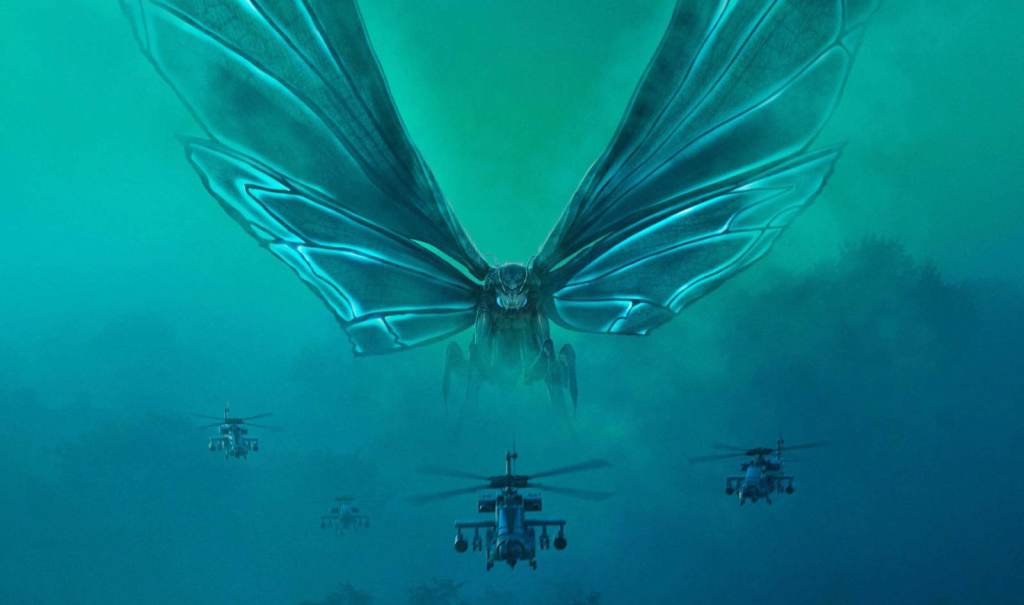 Mothra Gets Her Own Movie

One of the absolute best elements in Godzilla: King of the Monsters was Mothra, the celestial goddess from Infant Island. Technically, the Mothra we saw in 2019 got roasted by Ghidorah, the evil space lizard who turned her into a lightning bug. However, any good kaiju fan will tell you there is always another Mothra egg.

Indeed, the 2019 film teased the discovery of one (hopefully on a South Pacific island) during its end credits. There is also the entirely wild mythology only hinted at in King of the Monsters. One of that film’s best new human characters was (by far) Ziyi Zhang as Dr. Ilene Chen. In addition to being a walking resource for Titan lore, the Crouching Tiger, Hidden Dragon star gracefully took over the role of providing an Eastern perspective on the grandeur of these creatures from Ken Watanabe… while hinting at stranger elements of the universe.

Revealed to be the twin sister of fellow Monarch scientist Dr. Ling, Chen and her lineage of Mothra-obsessed siblings hints at a mystical side to these monsters that’s barely been touched upon. It’d be fascinating to see the MonsterVerse version of the Shobijin priestesses—twin fairies who protect and communicate with Mothra—fully explored, and for a Mothra film to dig deeper into kaiju mysticism. If the MonsterVerse is intent on presenting the Titans as “forces of nature,” then the metaphysical side of Mother Earth could not be better portrayed than by the glowing silk moth taking man to task. 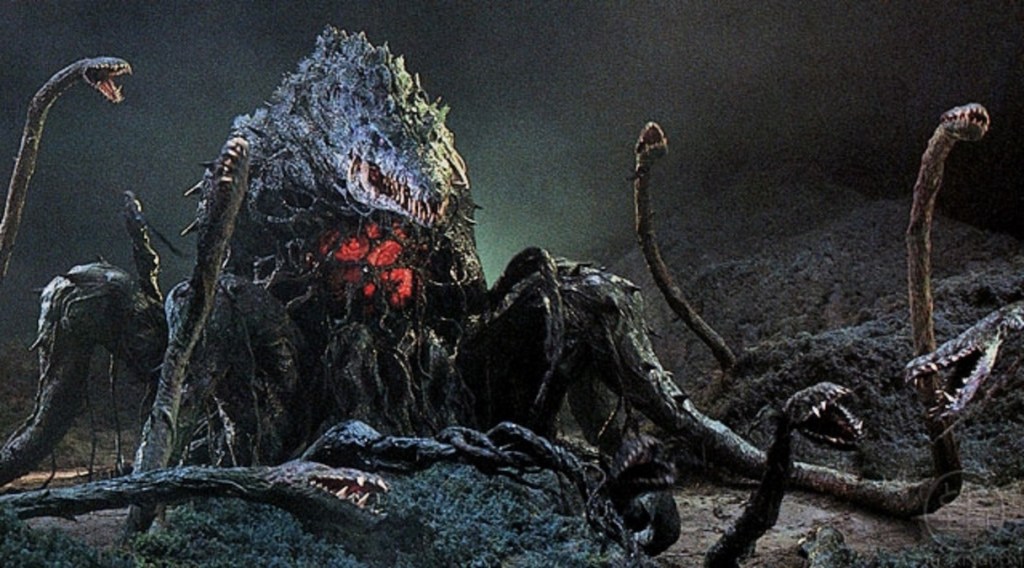 When we spoke with director Michael Dougherty in Japan a few years ago, he revealed that if he did another Godzilla movie, he would love to see the less famous Biollante do battle with the lizard.

“She’s one of the very few other female kaiju,” Dougherty said. “She’s interesting because she’s almost like this Frankenstein creature. She’s a combination of DNA from a scientist’s dead daughter, Godzilla, and a rose. It’s like Audrey on steroids.”

While Dougherty might not be Legendary and WB’s top pick for another Godzilla movie given King of the Monster’s poor box office performance—which is a shame in our opinion—he makes an excellent point: Biollante has one of the most unusual origins in Godzilla lore, and after a brief stint with Mechagodzilla, she could represent a more fully realized attempt by humanity to control or destroy the Titan threat. And on top of her imagery inviting a Gothic horror aesthetic, as realized by Toho in Godzilla vs. Biollante (1989), she also is obscure enough to provide American filmmakers with greater latitude when they reimagine her appearance and powers.

Finally, Godzilla facing a plant monster would allow themes of ecological preservation to be better explored. What does Zilla do when the beast challenging him for supremacy over the Earth is itself woven from the elements of nature? Bring it on.

Kong and the Journey to the Center of the Earth

The existence of an ancient lost civilization beneath the Earth’s surface is one of the most intriguing elements developed exclusively by the MonsterVerse. While more than one WB blockbuster has taken advantage of Jules Verne’s Journey to the Center of the Earth entering the public domain, King of the Monsters and Godzilla vs. Kong elaborated on the idea in a creative way. More than just a lost world of prehistoric dinosaurs, there’s a whole civilization down there which predates our own! In the depths of the planet, Titans were once worshipped as gods with an entire city built in Godzilla’s honor, and a cavernous throne room devoted to King Kong. Rightfully so.

Let’s dig deep into those elements. While there were human characters trying to discover the Hollow Earth’s core in Godzilla vs. Kong, it was honestly window-dressing added to get us closer to everyone’s favorite lizard and primate trading blows. But an actual adventure movie set in the Earth’s core starring Kong? It’s basically combining the iconic King Kong movie from 1933 with Verne, and hopefully a solid dash of Indiana Jones. Explore why this civilization died and the old gods fell, and use it as an excuse to go wild with the type of dinosaur-like creatures Kong battles. 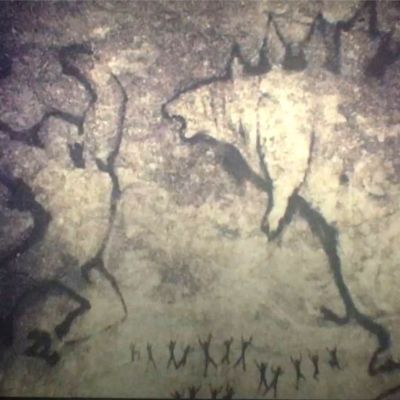 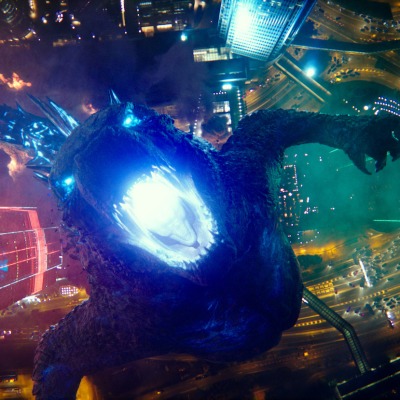 Admittedly, this idea shares some overlap with Kong: Skull Island, but by putting a mystery at its center—and hopefully creating some much more interesting human characters and kaiju foes than the 2017 movie’s red shirts and boring Skullcrawlers—it could go a long way in differentiating the flick. Think of how earlier King Kong movies can still tower over Skull Island.

Destoroyah vs. All Monsters

How do you top audience excitement for Godzilla vs. Kong? That’s a good question we don’t have an easy answer to. But we think if WB plays its cards right, the studio could build anticipation up over several films to a Destoroyah movie, and then give the H.R. Giger-inspired kaiju his due. He is, after all, the only giant monster to truly kill off Godzilla in one of the Toho films.

Appearing in the final film in the seven-movie Heisei saga, Godzilla vs. Destoroyah (1995), this winged nightmare murdered Godzilla’s son and entered in a mortal combat with the Big G. When the smoke cleared, both monsters were dead. Legendary is unlikely to repeat the exact story beats, since we more or less got the Death and Resurrection of Godzilla in King of the Monsters (plus the sight of a supercharged, red Godzilla from that ’95 film). But the idea of a mutated monstrosity that combines ancient Titan DNA with mankind’s pollution and devastation?

It’d act nicely as the culmination of a few films dealing with Mothra and Biollante. It also could be built up with the smaller, humanoid-sized monsters that combine to make the giant Destoroyah appearing over several films. Seeing horror movie sequences which wouldn’t be out of place in an Alien movie as mini-Destoroyahs attack and feed on human characters could in turn whet the appetite for the real Destoroyah’s big entrance. And Destoroyah is such a freak show that, like Destroy All Monsters and King of the Monsters, he could trigger the need for new team-ups. Go on, admit it: a full movie of Godzilla, Mothra, and King Kong working together like the Superfriends brings a smile to your face.

The other new human character who was an absolute delight in Godzilla: King of the Monsters was Bradley Whitford’s Dr. Rick Stanton. Only there for comic relief? Sure. But Whitford and Dougherty played it so well that it’s the closest we’ll probably ever get to a live-action Rick Sanchez. As far as we’re concerned, he can be in one or all of the above movies.