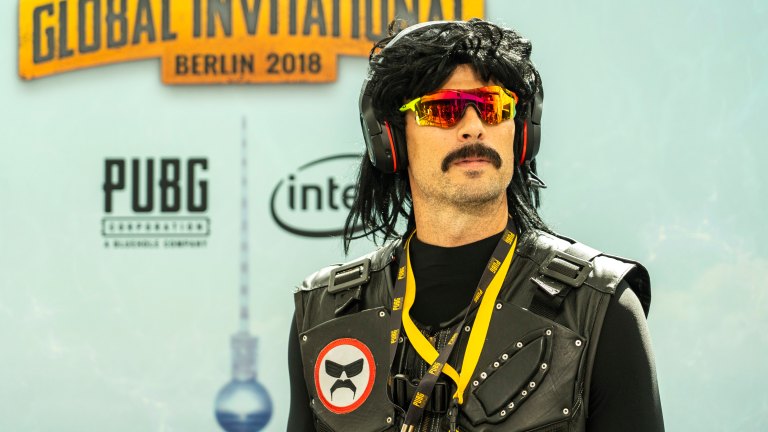 In an interview with PC gamer, former Twitch streamer Dr. Disrespect (real name Herschel “Guy” Beahm IV) addressed the mysterious final ten minutes of his last stream which some feel may be related to his recent (reportedly lifetime) ban from Twitch.

“I’ve seen all the types of theories and speculations out there,” says Beahm. “It’s gut wrenching and disheartening, but, in terms of that particular piece, I could speak directly to, like, that was just… I was in a moment where I was just sort of taking in what’s going on in the world, you know? If people had context of that clip going into it, and then coming out of it, like, all I was talking about was just the state of the world that we’re in dealing with, dealing with the protests, and the coronavirus, and everything that was happening. It’s just like, man… And at that particular moment, I think I was just kind of going through a, you know, like, when can we break this funk of 2020? It was just me being real on stream. And that’s pretty much the context of that.”

One of the oddest aspects of this story concerns roughly the last 10 minutes of Dr. Disrespect’s final Twitch stream. It was then that Dr. Disrespect received a donation which seemed to throw him out of character somewhat. Shortly thereafter, he starts talking about David Icke: a controversial conspiracy theorist who has suggested (among other things) that the spread of COVID-19 may partially involve 5G towers. Icke has since been banned from YouTube and Facebook.

Not long after, Dr. Disrespect starts watching a trailer for a game called Roblox. He watches the trailer for a surprisingly long time and then starts talking about Icke again before assuring the “Champion’s Club” (the name he uses for his fanbase) that they’ll “get through this” and that “life is weird right now.” He then curses and ends the stream.

As you can see in the quote above, Dr. Disrespect suggests that he was just referring to a variety of real-life issues at that time and that his strange behavior in the clip isn’t specifically related to the Twitch ban. For full context, you can watch the clip for yourself right here:

You can certainly understand why some may feel that explanation doesn’t fully explain what happens in the final minutes of the stream. It certainly seems like something suddenly drew Beahm’s attention away from the stream for a relatively long period of time and unnerved him greatly. Given the increasingly bizarre nature of this situation, though, it remains to be seen when (or even if) we’ll finally learn what the story here really is.