The theme of families is a constant one in Doom Patrol, but this week the show leans heavily into the notion that our loved ones, especially parents, are the reason we’re all so screwed up. In a 1960s flashback, we see Danny The Street (and not yet a brick) and Niles trying to protect Dorothy by keeping her separated from the world. But they effectively treat her like a prisoner, a choice that is certain to haunt them as Candlemaker appears to be growing in strength.

Meanwhile, Rita’s orgasmic trip digs up a repressed memory of her mother sleeping with a producer to land her daughter a role, and Cliff seems to finally be coming to terms with the fact he wasn’t a great man when he was a man. As for Larry, his own self-loathing gets in the way of him having fun or flirting. And with Jane locked away, the Underground’s mission to protect Kay actually puts the girl in more danger with the arrival of the sex demon.

But the trauma of our characters is served up with a lot of joy. Danny and the Dannyzens are perhaps the best characters on the show, made even better by how strategically they are used. As soon as Flex Mentallo (Devan Long) and Maura Lee Karupt (Alan Mingo, Jr.) arrives at Doom Manor, a lightness overtakes the entire show (because, let’s face it, our core characters are a bunch of wet rags). Nurse Karupt gives an inspiring sermon about Danny being more than a street, but a concept of love – and thus a party is needed to revive them.

Indeed, Danny is the heart of the show, and a representation of pure kindness. As Maura Lee says to Vic – in an incredibly topical monologue about a world filled with intolerance – a person needs to go to a place where they feel loved. Danny is that place. And the Dannyzens welcome, and soothe troubled souls. I challenge you not to get misty when Maura Lee and Flex envelop Dorothy with badly needed warmth, and make her feel important.

The authentic emotions represented by a sentient genderqueer street/brick, and their Dannyzens, is why the Willy Wonka “Pure Imagination” number works so well. Rather than a jarring detour, the musical interlude fits because a kinder world is possible; if you can dream it, you can make it happen, much like love can bring Danny back to life.

But with Danny off on their own adventures, can the Doom Patrol become a place where this misfit family feels loved? It remains a question mark, but there seems to be potential.

Also, Abigail Shapiro deserves recognition for the excellent work she’s doing as Dorothy. Not only is it great to have the Broadway actress sing in this episode, she’s navigating the childlike precociousness, innocence, and frustrations of a wounded forever 11 little girl who feels ugly and is desperate to grow up. Dorothy can easily become a Cousin Oliver type of character, but Shapiro demands empathy as Niles Caulder’s daughter. She is so successful I find myself getting pissed at the other characters when they are unnecessarily harsh to her. And Niles was a straight up jerk when he saw Dorothy wearing makeup. 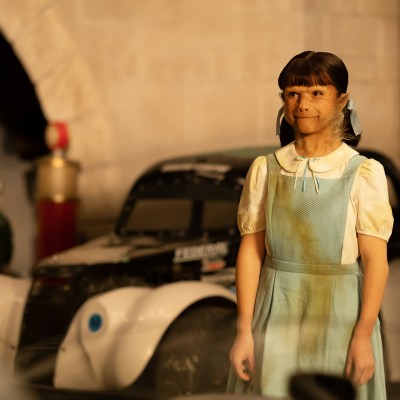 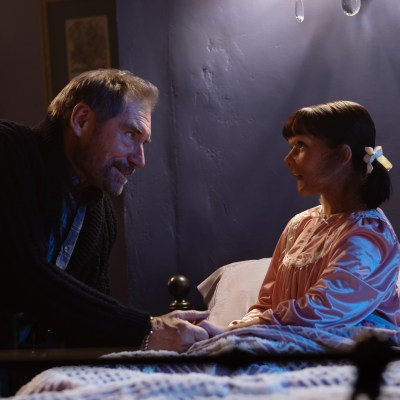 
Doom Patrol Season 2 and the Start of Something Big

Speaking of Niles, it continues to be a pleasure to have so much Timothy Dalton this season. He masterfully switches between Scientist Niles — offering up ecstasy to Cliff — Sweet Dad Niles, Overly Protective Jerk Dad Niles, Regretful Niles, and the Niles who can deliver a line like, “Listen to them, Vic, they’re the sexperts” with campy gravitas.

Those sexperts are, of course, the SeX Men who have been adapted from the comics into a

Ghostbusters-esque team who arrive at Doom Manor to save the world from a paranormal sexual event caused by Rita’s off-the-charts nature-montage-inspiring orgasm from Flex Mentallo’s super-powered muscle flexing that allowed the sex demon the Shadowy Mr. Evans to open a sex vortex, manifest sex ghosts, and give birth to a sex demon baby that, when it cries, will unleash an adults-only X-rated hedonistic hellscape, and make every child in the world go “poof.”

(And that might be the best run-on sentence I’ve ever typed.)

I don’t know what more to say about this, other than “Yes!” It’s all hilariously executed, and shows why Doom Patrol could not work if it was not R-rated.

Regarding Candlemaker, Doom Patrol appears to be on the cusp of doing more with the Dorothy’s “friend.” As he gains strength, and speaks in complete sentences, he effectively manipulates the girl more and more, almost causing her to kill Danny (which Vic witnesses, but remain particularly mum about).

At the moment Candlemaker seems to be the Big Bad for the remainder of the season, and it concerns me slightly. I trust what showrunner Jeremy Carver and the writers are doing with Doom Patrol, but can’t help but have reservations that a giant computer-generated villain will detract from the character work that makes this series such a delight.