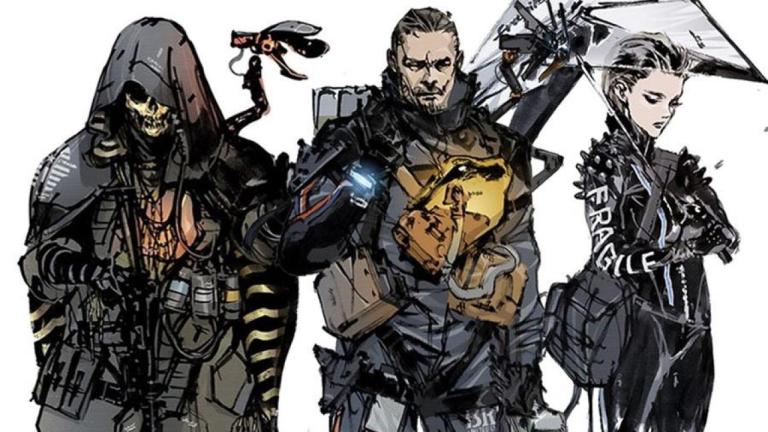 Death Stranding is one of the most bizarre and unique games ever made, which isn’t so surprising when you consider it’s the first project from an independent Kojima Productions, where the legendary video game auteur Hideo Kojima is finally completely free to let his imagination run wild. Setting players on a grueling trek across a post-apocalyptic United States while delivering valuable cargo along the way, Death Stranding may be Kojima’s most divisive game (although I love it). Some have labeled it a “walking simulator” while others hail it as a prescient work of art that may even have predicted the state of the world during the Covid-19 pandemic.

However you ultimately feel about the game, it was difficult to ignore Death Stranding‘s weirdness when it first released on the PlayStation 4 last year. Now the title has hit PC, giving a new group of gamers the chance to experience the journey of Norman Reedus’ Sam Porter Bridges. The PC port offers higher frame rates, sharper images, and smoother functionality overall. It’s an excellent way to jump into the game if you’ve not played it before (or if you wanna play it again with the neat Half-Life and Portal crossover content).

Ahead of Death Stranding‘s PC release, we spoke to the legendary artist and character designer Yoji Shinkawa, whose signature art style defined the aesthetic of the Metal Gear Solid series and has again shaped the unique look of Kojima’s latest creation. Shinkawa’s character designs are some of the most iconic in gaming history, and when you think of Kojima’s legacy, it’s impossible to leave Shinkawa out of the story.

“For over 20 years, I feel the way we work has been the same,” Shinkawa says of his relationship with Kojima. The duo is perhaps best known for the style of storytelling they’ve employed throughout their long collaboration. It’s unconventional, to say the least.

Metal Gear Solid is one of the most cinematic, movie-like series in video game history. The games have featured widescreen, carefully directed, voice-acted cutscenes since the mid-90s. However, Shinkawa tells us that it’s the gameplay itself that always informs everything the team does, including cutscenes. According to the artist, their games are doing something very different — and even more complex — than what movies do.

“I don’t think so much on how to create a cinematic experience,” Shinkawa says of how he approaches his designs. “Of course, there are times when Mr. Kojima is trying to share his image and brings up a scene from a movie, but usually his actual image is much more sophisticated. I focus more on how we can make a better gaming experience, so I don’t really look into films for inspiration. When designing, the story, gameplay, and design all link together.”

Shinkawa’s approach is largely utilitarian, focusing on art that will support gameplay in a way that makes sense. “You just have to think realistically and create things that work for the game,” he says. His mechanical designs are particularly memorable: the hulking Metal Gear REX from Metal Gear Solid, the agile mech suits from Zone of the Enders, the packs of bipedal robotic killing machines from Metal Gear Solid 4, and there are many more.

But Shinkawa’s mechanical designs are more than just eye candy. While they certainly look cool, they also evoke far more emotion than the typical video game robot usually does. The perfect example is the Odradek from Death Stranding, which is as expressive as any other character in the game, spinning wildly to signal when the ghoulish BTs are nearby and giving Sam a thumbs up when he’s in the clear.

“I love cars and bikes,” Shikawa explains. “And when you look at my designs, although they are mechanical, people sometimes refer to them as ‘sexy.’ Almost as if they are living. I always want to add this feeling to any of the mechanical designs that I make, bringing a ‘sexy looking’ feeling into it.”

“Sexy” isn’t exactly the first word that comes to mind when I think of the Odradek, but there are certainly designs throughout Death Stranding that look incredibly appealing, at least in an industrial way. Sam’s reverse trike is now one of my favorite video game motorcycles ever, and the way the sleek-looking distribution centers are nestled into the natural-looking environments is strangely alluring.

The juxtaposition of nature and technology, and of life and death, runs throughout Death Stranding. For Shinkawa, contrast is one of the key aspects of he and Kojima’s artistic philosophy and helps them create gameplay scenarios that seamlessly tie into the story.

“Contrast is very important,” Shinkawa explains. “I created many designs and carved them out thinking about the contrast. For example, the totally open nature versus the world turning into black tar. I think that the contrast plays [an important role]. The land and the environment that you are walking in all of a sudden turn into the dark tar world. This kind of sudden contrast helps make things scary.”

Death Stranding’s otherworldly imagery was presented gorgeously on the PS4 when the game initially released. But the PC version elevates Shinkawa and the rest of the team’s art in spectacular fashion.

The frame rate has increased from 30 fps on the PS4 to 60+ fps on PC, which makes the already excellent character animations truly sublime. The way Sam shifts his feet and hops over gaps as he traverses the expansive, varied terrain is nuanced and looks startlingly realistic, especially at a higher frame rate. And the game just looks considerably more cohesive and grounded overall thanks to the better-quality assets, the option of a true 4K presentation, and an ultra-wide option for PC gamers with compatible monitors.

Yes, it’s cool to have a more technologically advanced version of the game, but the best part of the PC port is that it allows the artists’ work to be displayed in its full glory.

“I think you get a more immersive experience playing the game on PC,” Shinkawa says. “With fluid graphics at higher frame rates, movements will be more natural. Ultra-wide monitor support for the cutscenes also gives you a cinematic experience and the gameplay will change too, as you get more information from the screen, so the feeling will be new.” 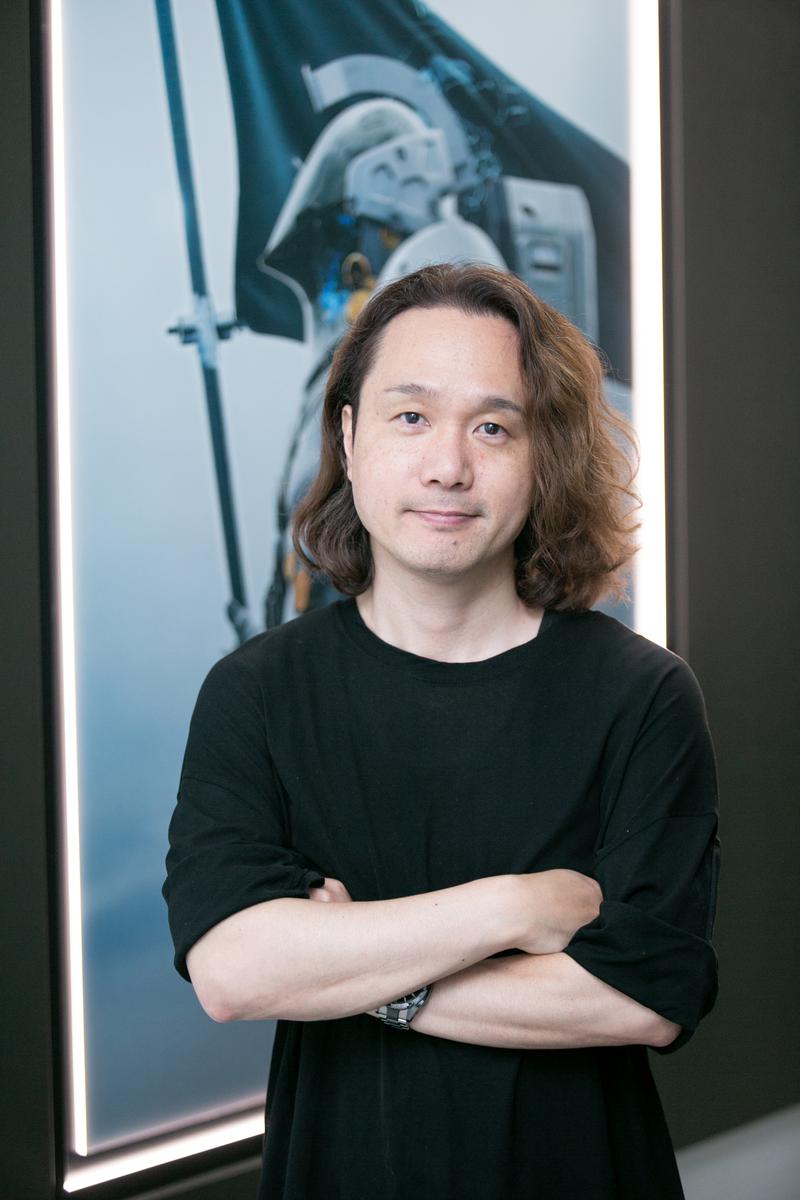 Kojima games are also known for their hidden messages and easter eggs. For example, one of the creepy figures you see emerging from the tar early in Death Stranding is actually Kojima himself, glasses and all!

According to Shinkawa, he and Kojima infuse their art with undercurrents of themes and ideas that the player may or may not pick up on. “There may be times I intentionally put meaning into my designs, and the player finds it. And there are many times when Mr. Kojima has an idea and asks it to be implemented. But there are also times when it unexpectedly just happens.”

One of the most fascinating things about this re-release of Death Stranding is its timing. When the game debuted on PS4, it was released into a world that was physically connected and thriving economically, at least in the United States. The PC version arrives in an extremely different sociopolitical climate in which most US citizens are detached from one another physically, much like the characters in the game. PC players will experience Death Stranding in an entirely new real-world context, and Shinkawa believes this may change the way the game’s story touches people.

“I saw some tweets from fans that said, after playing Death Stranding, they feel more appreciation towards the people that deliver you things. So, in that sense, there seems to be a lot more influence in our everyday lives coming from the feelings you have when you play the game,” Shinkawa says. “[The game] may resonate more, especially for the people who play Death Stranding for the first time on PC and especially with this situation in the world right now – there might be more of an emotional connection and feeling.”

Death Stranding is out now on PC and PlayStation 4.