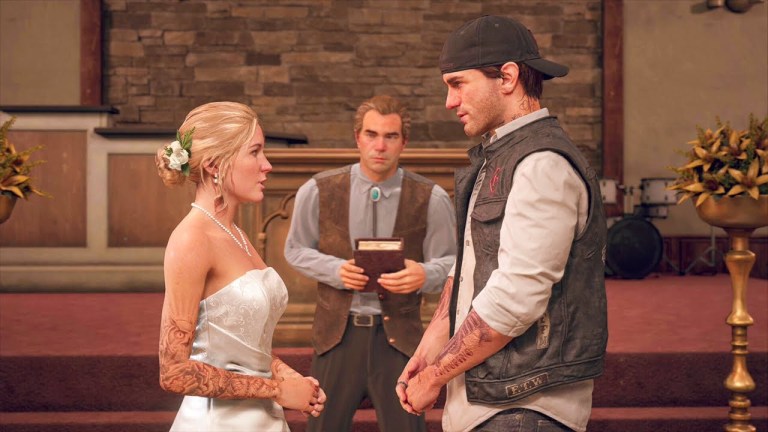 In a way, it shouldn’t come as a surprise that the PlayStation team recently confirmed they’re bringing Days Gone to PC as the first of several new PlayStation ports Not only was the PC port of Horizon Zero Dawn reportedly a tremendous success, but games ranging from Red Dead Redemption 2 to Bayonetta show that PC gamers are eager to buy properly done ports of titles they’ve previously been denied. The PC market has a way to extend the life of a game that more and more developers are finding hard to ignore.

Even still, you’re forgiven if hearing the name Days Gone caused you to raise an eyebrow. After all, it’s not just one of the most controversial PS4 exclusives; it’s a game that some consider to be the absolute worst PS4 exclusive this side of The Order 1886.

We’ve previously spoken about the Days Gone controversy in our review of the game and a look at how it oddly helped define the legacy of the PS4 itself, but the long and short of it is that Days Gone was, at the very least, an odd entry into the PS4’s legendary library. After years of hype, Days Gone proved to be a technically flawed attempt at a largely familiar open-world title that rode the end of the zombie pop culture wave to a decidedly mixed reaction.

Yet, despite my many, many, complaints about Days Gone, I’m genuinely excited for the title to hit the PC market and potentially reignite the discourse surrounding the game. Whatever else that game is, it’s also one of the strangest pieces of “so bad, it’s good” storytelling in modern Triple-A gaming history, and it deserves to have the chance to be remembered as such.

Even if you were determined to enjoy Days Gone, the game’s launch problems made it hard to do so. Along with the usual glitches you’d expect from an open-world title (even if Cyberpunk 2077 abused the privilege), you’ve got a series of poor animations and worse detection features that often impact the actual gameplay. It’s the kind of issues you’d expect to see in more ambitious indie titles, but the fact they’re so prevalent in one of 2019’s biggest PS4 games is why legitimate unanswered questions remain regarding developer Bend Studio’s techniques and intentions.

Presumably, the PC version of Days Gone will address most of those technical problems by incorporating most of the fixes that have been added to the game via patches and a next-gen update. If that is the case, then it will make it that much easier for more people to witness Day Gone scenes such as this one where a bride’s wedding speech includes the words “Ride me as much as you ride your bike.”

That scene is considered to be the centerpiece of Days Gone‘s collection of downright weird storytelling and acting that elevate the title’s “How did this get made status?” to another level. It’s fairly amusing even out of context, but to truly appreciate it, you’ve got to play Days Gone to the point when you realize that the line “ride me as much as you ride your bike” is meant to be one of the emotional climaxes of the title’s love story.

It’s also very much worth mentioning that the line itself was seemingly taken from an early Sons of Anarchy episode in which “Opie” tells his bride that he promises to ride her “as much as my Harley.” It’s one of the many ways that the game borrows themes, characters, ideas, and, yes, even lines from the popular FX series.

Much like Sons of Anarchy, Days Gone‘s over-the-top biker characters have been embraced by a community that often insists that “soft” viewers just wouldn’t understand why they’re so cool. If you also feel that an endless parade of curses loosely strung together and growled out by heavily tattooed Canadian tuxedo aficionados (led by a hero The Irish News rightfully refered to as “Joe Kickass”) is the height of cool, you’re going to find a lot to love here.

To be fair, even those who don’t outright love these characters may find themselves strangely drawn to them after they’re willing to accept that they’re all essentially variations of the same basic archetype. Days Gone has been called Sons of Anarchy meets The Walking Dead, and that’s not just a line that looks good in marketing. There are times when it feels like that’s literally what the developers were going for, and it’s absolutely wild to see the commitment that went into biker cliches and zombie cliches battling it out across a 40-hour apocalypse cliche. It’s like an open-world game populated entirely by clones grown from Mickey Rourke’s Rogue Warrior character:

It doesn’t help that the game’s dialog adheres to this bizarre style that sees nearly every character regularly throw some “umms” and “ahhs” into their lines. It feels like the idea was that such speech patterns would make the game’s dialog feel more natural, but when you’re watching a small army of underdeveloped and comically tough bikers stammer through every line of dialog like they’re imitating Jame’s Stewart’s It’s a Wonderful Life performance, you eventually start to wonder whether Bend tried to push this concept just a bit too far.

The whole thing reminds me of Deadly Premonition. Much like that game, you’ve got a developer that is clearly inspired by a TV property (in that case, Twin Peaks) yet can’t seem to harness their fondness for that concept long enough to produce something that feels like a parody made by someone who intended to craft a tribute.

And you know what? I kind of love Days Gone for that. As a fan of some of so-called the worst movies ever made, there’s nothing more amusing to me than when someone misses the mark so wildly in pursuit of a passion project. It’s the difference between a bad major motion picture like the later Pirates of the Caribbean films and something like The Room or Troll 2. The people in the latter movies weren’t just getting through the day for a paycheck: they had an idea and, against all odds, they managed to get it out there in whatever form it was eventually able to survive in.

Days Gone embodies the best of that spirit by being this game that I honestly believe was intended to be genuine in its characterizations, scenarios, and emotional beats. The fact it falls on its face after going over-the-top in pursuit of all of those concepts makes it this strange entry into a time when the biggest budgets are usually awarded to the teams that publishers know are going to avoid these exact kinds of passionate misfires and instead deliver something reliable.

Like a million monkeys sitting at a million typewriters trying to reproduce the works of Shakespeare, Days Gone attempts to recreate ideas that we’ve seen before and often fails at doing so. Yet, it trips so often out of pure enthusiasm for trying to get where it’s going that it’s weirdly easy to recommend checking this game out on PC just to experience it for yourself.