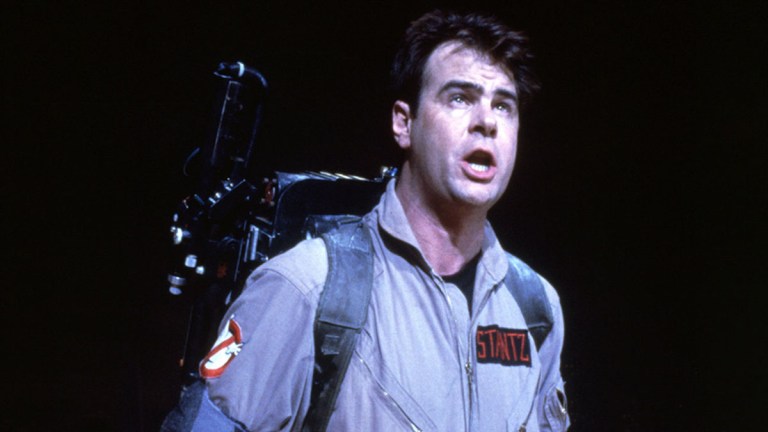 It happens all the time. You book a single room for a night and wind up sharing it with a focused, non-terminal repeating phantasm, or a Class-5 full-roaming vapor. Travel Channel’s new series Hotel Paranormal, which premieres Saturday, July 11 at 10 pm, will explore spectral evidence of uninvited guests and overstays. The series follows the “terrifying true stories of those who have come face-to-face with otherworldly hotel guests.” There may not be any symmetrical book stacking in Hotel Paranormal, but narrator Dan Aykroyd can quote chapter and verse on otherworldly tales.

Aykroyd is no stranger to the unexplained. His great-grandfather was an Edwardian spiritualist. His father wrote a book called History of Ghosts and was associated with the Lily Dale psychic community in New York. The new series doesn’t only feature ghosts but checks in on a succubus, pirates, witches and serial killers.

“From objects flying across rooms to ancient spirits trapped in lobbies to demonic guests, every episode brings to life terrifying encounters with dramatic recreations and paranormal expert insights,” the Travel Channel said in a statement.

In the series premiere, “Paranormal Predator,” a traveling salesman “checks into a motel where he documents poltergeist activity with his cell phone,” according to the official synopsis. “Fleeing into the night, he becomes possessed by the spirit of a murderer and in need of an exorcism. While on a school trip to the Vatican, a teenager and his friends accidentally set free an ancient evil and suffer the consequences. Then a journalist is hunting down a story in Connecticut, when she checks into a historic New England inn and fights off a supernatural attack. These guests have all become prey to a paranormal predator.”

In “A Dark History,” which premieres Saturday, July 18, “Supernatural events compel a hotel owner to dig up buried secrets, a chef is terrorized by a ghostly lady in red and a young boy is menaced by a dark apparition at a luxury hotel.” A security guard chases down a mysterious intruder at an isolated luxury hotel in “Paranormal Target,” which airs July 25. The episode also tracks two hikers who are followed back to their hotel room by an otherworldly creature a widow who is accosted by a demonic entity at a small town bed-and-breakfast.

Spirits don’t like the way an Arizona hotel is being renovated in “Territorial Spirits.” A skeptic becomes a believer in the episode “When Ghosts Attach.” A cocktail waitress is attacked by malicious entities at a hotel bar in “Haunted by Many,” which premieres Aug. 15. In “Confined Spirits,” a “romantic getaway becomes a night of terror.” In “The Witching Hour,” a malicious presence attacks a bed-and-breakfast owner in the middle of the night.  The series also exposes “Dark Secrets,” and “Evil Residents.”