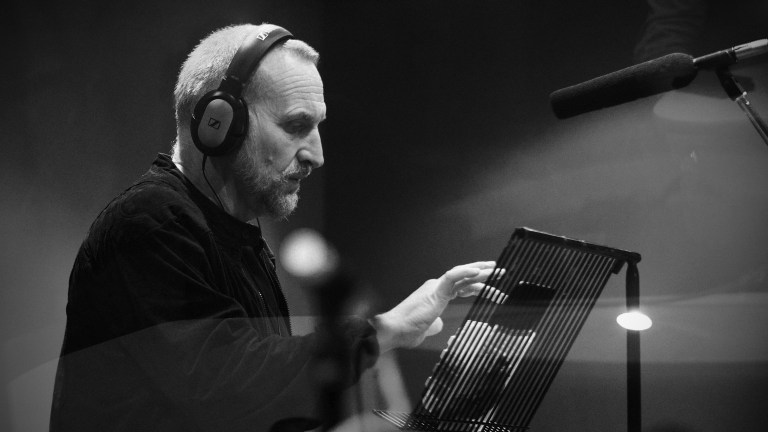 Without the acerbic wit of the Ninth Doctor in 2005, the 21st-century geek landscape would look a whole lot different. If we were to borrow the TARDIS from Doctor Who, and pop back to the debut of “Rose” on March 26, 2005, we’d know we were standing on the edge of a moment when everything changed. Before Doctor Who, Christopher Eccleston had been known for hard-edged, gritty roles like the game-changing horror flick 28 Days Later or Danny Boyle’s Shallow Grave. After Doctor Who, Eccleston was known for…well…even more hard-edged roles; from the baddie Malekith in Thor: The Dark World or priest Matt Jamison in The Leftovers.

But, for Doctor Who fans, he’ll always be the edgy Ninth Doctor: impatient, dismissive, but ultimately heroic. Without Eccleston, it’s difficult to imagine the Who renaissance. There’s no Tennant and Smith without him, to say nothing of Capaldi and Whittaker. After regenerating abruptly after just one season, fans have been desperate for the return of the Ninth Doctor to the Who canon. Which, now, exactly 16 years after the debut of “Rose,” is happening. The Ninth Doctor, as played by Christopher Eccleston, is back in a series of audio adventures for Big Finish. Last month, Den of Geek was lucky enough to sit in on a top-secret roundtable interview with Eccleston, as he told a select group of entertainment journalists just why he’s returned to a part he’s so famously been dodging for a decade and a half.

“It was paid work,” Eccleston said, and noted that he didn’t find it all that difficult to find the voice of the Doctor again, mostly because “the writing was very good.” But where in the vastly complicated canon do these new audio adventures with the Ninth Doctor take place? We know this has to be prior to him meeting Rose — or does it? One tip, don’t ask Eccleston, and certainly don’t ask the Ninth Doctor.

“I just ignore it,” Ecceslton said of the Doctor’s confusing timeline. “And he does. We’ve just recorded an episode for instance where the Brigadier is saying to him, ‘You remember, you came to my retirement party and then we ended up on Gallifrey,’ and he said, ‘No, I don’t remember.’ An essential quality of him is he’s entirely in the moment… He can become Peter Capaldi, he can become Jodie Whittaker, he can become Jon Pertwee. Hopefully, he can’t become Boris Johnson. I don’t refer to any of that [canon]. My Doctor is very much in the moment.”

For many diehard fans, canon is sacred, but this isn’t the case for Eccleston: “I’m not a slave to the canon,” he said. “I think if the show wants to survive going forward, it needs to explode the canon. That rigid adherence to, ‘There can only be this number of incarnations,’et cetera, it’s nonsense. It’s nonsense. The imagination is limitless.”

The canonicity of the Big Finish Doctor Who spin-offs might not have the same interconnectedness of the tie-in media in the Star Wars canon, but since 1998 (yes!), these audio adventures have been carrying the torch of Who stories even when the regular series isn’t even in production. From Tom Baker and David Tennant to writing from Russell T. Davies to the recent return of Eric Roberts as the Master (a part he last played in the 1996 Who TV movie), the talent involved with Big Finish includes nearly anyone from the Whoniverse you can imagine. On top of that, Big Finish has an impressive spin-off universe all its own, including some popular characters—like Chase Masterson’s Vienna—who exist exclusively within the audio-play universe.

So, in that sense, Eccleston has a point about the limits of canon. It barely matters if any of the Big Finish adventures “count” as long as the adventures are awesome. The only question now for hardcore fans of Christopher Eccleston is just how long he’ll continue with these audio adventures. While he isn’t saying exactly, he does have a wish-list for historical figures and Who-characters he’d like the Ninth Doctor to meet in future adventures.

“I think it’s time for the Doctor to meet the Cyberwomen in the 21st century. We’ve had enough Cybermen,” Eccleston said. “I would very much like the Doctor to meet Emily Davison who threw herself in front of the Derby winner and was one of the forerunners of the feminist movement and a martyr for it. I think that’d be extraordinary for him to mix with Emily Davidson and Pankhurst and explore that. As I’ve said earlier, he’s very drawn to the feminine. And I think that it’s great that we now have a female Doctor, and I think we should take that further in the way that we look at history and look at it through a female lens. I think the [Ninth] Doctor would respond very well to that.”

Eccleston also thinks that the 2005 era of Doctor Who was a progressive point-of-departure for the character and the long-running franchise, specifically in regard to feminism. “The feminization of Doctor Who, I would call it,” Eccleston explained. “Russell T. Davies’s great strength was to really elevate the female in Doctor Who. I think Russell writes brilliantly for women.” 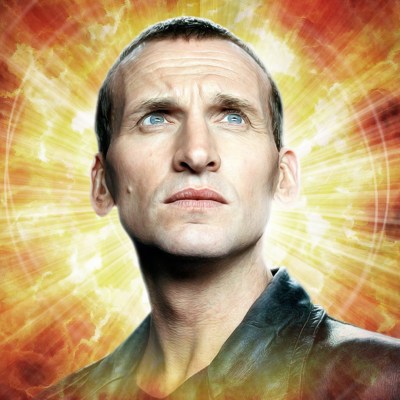 
Why Christopher Eccleston Left Doctor Who

All in all, there will be twelve new audio adventures starring Eccleston’s Ninth Doctor. Some of the stories are written by Nicholas Briggs, famous to Who fans for providing a myriad of voices, notably the Daleks several times over, and the Nestene Consciousness from the first Ninth Doctor episode ever, “Rose.” Not all of the audio adventures are out yet, but the first batch from Big Finish are available for pre-order on digital download, CD, and some in some cases a limited-edition vinyl. And, despite what Eccleston has said about the canon not mattering, the Brigadier will appear in a few of these stories, the Ninth Doctor is battling the Mondasian Cybermen again,  and if you look closely at the cover art for “Ravagers” it really looks like a Skovox Blitzer (a war robot from the Capaldi era) might crash the party. And in a fascinating metafictional dive into science fiction history; one of the stories even finds the Ninth Doctor sneaking around in 1925 on the set of Fritz Lang’s famous sci-fi film Metropolis.

For Eccleston, though, it’s not just about the monsters or the history. The allure of playing the Doctor is the same as it was 16 years ago. For him, the power of the character is still about finding strength in the face of adversity, and finding happiness even when it seems impossible.

“I remember when I decided to play the Doctor, when I decided to put myself forward for the role, I thought ‘Time Lord, falling through time. What’s the essential element?’ The essential element is that he’s never at home, he’s lonely,” Eccleston recalls. “And I thought I could do that. And I think alongside his joy, that must sit there, this longing for home, this longing for companionship, which is never quite fulfilled. Which in a way is the human condition, isn’t it?”

Doctor Who – The Ninth Doctor Adventures are available from Big Finish.