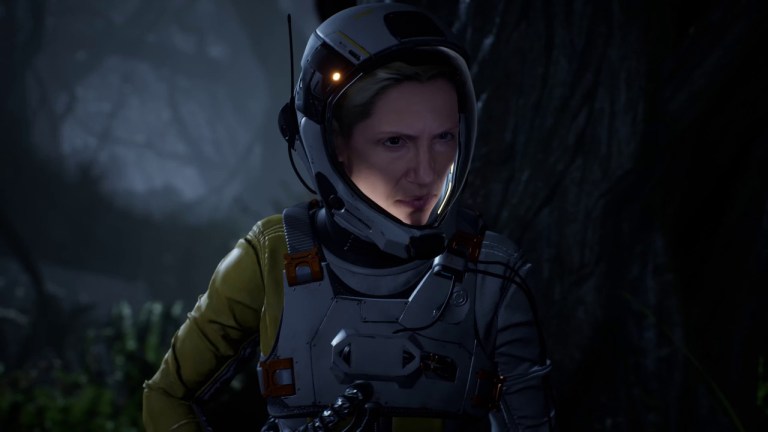 In case you haven’t heard, Returnal isn’t just one of the first major PS5 releases of 2021; it’s one of the year’s best games and a fascinating project that’s smaller scope and strong creative voice make it the antithesis of the kind of blockbuster games the PlayStation team is reportedly focused on.

Of course, there are some who wonder if Returnal could actually “overcome” its small nature and perhaps even become the next great PlayStation franchise. Maybe that’s why more people than usual seem to be focused on the game’s sales. After all, it’s hard for a game to become a franchise if it doesn’t sell well, just as it’s hard for developers to stay in the spotlight if their biggest releases don’t do well. Just ask a passionate former member of the Days Gone team how that process tends to play out.

So how is Returnal selling so far? Well, the numbers are incomplete, to say the least, but the UK sales that have been reported so far show that Returnal was the second best-selling game in that region for the week ending on May 1 (it only trailed New Pokémon Snap). Considering that Returnal was released on April 30th, wasn’t heavily marketed, and that these numbers only account for physical purchases, you would probably think that means the game has gotten off to a strong overall sales start.

While Returnal‘s early sales figures may indeed be at or above internal expectations, it’s worth noting that some analysts are worried by some of the trends Returnal‘s debut has bucked in a potentially negative way. Namely, Returnal hasn’t shot up the UK sales charts quite as fast as other PlayStation exclusives have done in the past.

Now, you’re probably thinking “Of course it hasn’t. Not only was it just released, but it’s a PS5 game and relatively few people own a PS5.” There’s a degree to which that’s certainly true. The PS5 shortage problem (which has only been exasperated by the influence of scalpers) is well-documented, and many people who are willing and able to buy a PS5 at the moment are still unable to do so. Sony and Microsoft have also suggested that next-gen console shortages will remain a problem for the foreseeable future, which, when combined with COVID-19’s impact on the video game industry, means that the next generation seems to be off to a slower start across the board relative to where it would otherwise be in an “ideal” situation.

Yet, a quick look at the initial UK sales for PS5 launch games shows that multiple titles got off to a relatively strong sales start despite the initial PS5 shortages and the lockdown restrictions which undoubtedly negatively impacted physical sales. No PS5 title topped the charts initially, but Spider-Man: Miles Morales and Demon’s Souls both enjoyed pretty strong debuts given the incredible circumstances.

More importantly, sales of both games (especially Miles Morales) remained strong as the PS5 became more widely available and as the natural progress of time allowed more people to buy and play those games. That, along with the recent report that the PS5 is selling incredibly well despite unprecedented obstacles, would tend to suggest that a PS5 game can be a best seller in its debut week and thereafter. To put it another way, if Spider-Man: Miles Morales had been released a little later when more people had a PS5, it could have possibly topped the sales charts in its debut week.

So why didn’t Returnal? Well, Returnal isn’t an established franchise based on a major property like Miles Morales was, and it has to be said that New Pokémon Snap is the long-awaited follow-up to a cult classic entry into one of the most popular video game franchises ever. Its high-profile status and the fact that it was released on the historically successful Nintendo Switch means that it was always going to be hard to beat in its debut week. Switch games also tend to perform well in terms of physical game sales, so that’s another factor you’ve got to consider in this instance.

If anything, though, all of those factors go to show why you can’t attribute every potential Returnal sales anomaly to the fact that the PS5 lags behind the PS4, Xbox One, and Switch in terms of availability. It matters that the PS5 isn’t widely available, but the fate of Returnal can’t begin and end with that asterisk.

More importantly, some are hoping that Returnal breaks through every barrier in its way and becomes an undeniable sales success not just due to their love for the game but their hopes that strong initial sales could inspire the PlayStation team to support smaller projects, stranger ideas, and the kind of games that some worry they may gradually veer away from as the changing nature of the video game industry seemingly makes blockbusters more important than ever.

When viewed from that perspective, it’s hard not to be invested in Returnal‘s sales. As a strange, smaller game released at the full next-gen price of $70 without the benefit of a full Triple-A marketing campaign and without the benefit of a larger PS5 userbase eager to snatch up new games, you could argue that Returnal was not given the full chance to succeed that such a game may need. In other words, there’s rarely a good time to release a pretty weird new IP with limited promotion, but the PlayStation team may have picked an especially awkward time to release Returnal. Actually, its biggest advantage may be that there are only so many truly next-gen games available for PS5 at the moment. That’s another reason why some felt that the game could actually get off to a bit of a stronger start.

Of course, as we saw with other PS5 games, there’s a very good chance Returnal‘s sales will pick up in the weeks that follow. For that matter, it’s important to say again that these limited sales figures that certainly don’t paint the full picture.

Yet, if Returnal ends up struggling a bit in the following weeks as the majority of roughly 8 million PS5 owners elect to pass on the game (at least for now), then it is going to be interesting to see how the title’s sales figures influence the conversation about $70 games, the current viability of Triple-A next-gen releases, how much scalpers are impacting PS5 game performance, the future of funding for niche ideas, and, of course, the future of Returnal and its developer’s next project.