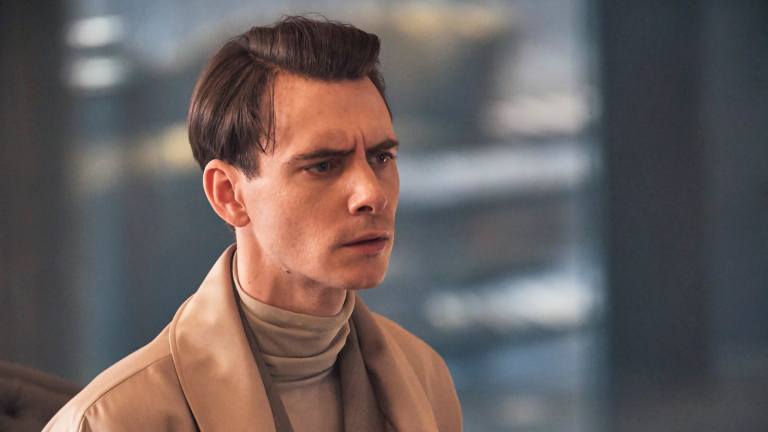 “Everybody’s happy now,” is the familiar refrain from Aldous Huxley’s classic novel Brave New World, and the phrase becomes the central irony of the adaptation on the new Peacock streaming service. Two of the main characters who immediately begin to question whether their supposed happiness in New London is truly fulfilling are Bernard Marx, the Alpha Plus counselor played by Harry Lloyd (Legion), and Lenina Crowne, the Beta Plus fertility specialist played by Jessica Brown Findlay (Downton Abbey). We spoke with the pair recently about their characters’ personal journeys as their Utopian existence crumbles during the course of the series.

Brave New World opens with Bernard calling Lenina to his office over concerns she’s spending too much time with one man. After all, in the “social body” of New London everyone belongs to everyone else! “At the beginning we’re really seeing her exploring how to get a deeper connection with someone,” says Brown Findlay. “I think at first she thinks maybe if it’s just one person — this taboo idea of monogamy — then I’ll be able to connect with someone in the way that I secretly know I really want to. But… it’s not just one person that will fix it. It’s who it is, how and when you meet, what you discover about yourself before you meet them. Those depths come to Lenina as we travel with her through the story, and she’s certainly so much more complex than in the book. In the book sometimes she gets lost, and in this she really comes into her own.” 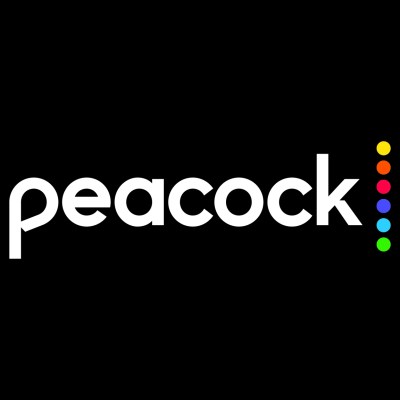 The irony, of course, is that Bernard wants Lenina for himself, but he also notices a pattern of dissatisfaction elsewhere in his role as counselor. “There has been this trend towards solipsism and thinking and looking in the mirror and wondering and things that no one does in this society. And Lenina’s been doing that, too,” Lloyd explains. “And more things happen which explores that crack… Are these similar things happening for a reason? Are they all connected? Why is Indra allowing these things or why can Indra not control these things? This is part of the broader questions that the whole series asks.”

Part of what provides the artificial contentment for the caste-based society of New London is the drug soma, which Bernard is able to dispense as needed in Brave New World. “Bernard is a counselor, and he has access to the higher grade soma. He has the oranges and the yellows… it’s the colors of the rainbow,” says Lloyd. “So everyone has access to a blue, and indigo, a violet, a green. And ultimately, it’s the level of anxiety. It’s the distance you feel from your true, happily contented center. So a little blue, a little violet when you’re waiting for a bus or something, but then someone brushes your shoulder — oh, I’ll need a green for that one. But then actually, I’m feeling these strange sentiments of loneliness, and I don’t have the words for it: you need an orange.”

The doubts that Lenina and Bernard share — and they’re not the only ones — go against everything that New Londoners, from the highest Alpha administrator to the lowest Epsilon laborer, have been taught since birth. “Lenina, from the very first conditioning, has told herself that she should be satisfied and that she really shouldn’t be thinking at all,” says Brown Findlay. “She shouldn’t be looking outside of herself because there’s nothing to see outside of yourself. You have everything that you need and want. You are happy! But it’s funny, if anyone does call her Beta, she’s, ‘Beta Plus… if we’re going to use the words.’”

Lloyd appreciates the changes the television version of Brave New World has made to the characters of Bernard and Lenina, among others. “All of the characters have a bit more depth, and they’re all a bit more challenged,” he says. “It’s a more character-led, emotionally driven story than you get in the book. The book is a wonderful exploration of a society, of a moment in an imagined future, but our one goes on more of a progression and challenges that society more. Bernard’s relationship with Lenina is explored further and deeper and what their time in the Savagelands does to them and compounds these feelings of loneliness. I think the show goes deeper than the book in terms of allowing us to see these characters find the words and tools to deal with emotions for the first time that they’ve never had.”

Brown Findlay notes that, although Huxley’s Brave New World was written for a post-Depression audience, the series explores themes that are relevant to today’s world. “There’s something about tearing ourselves apart and putting ourselves back together and a connection with technology,” she says. “The idea that if we are distracted enough or connected enough in a technological way then we’ll feel more enriched and closer, whereas in fact… there’s nothing like being in a room with someone or being able to hug and interact with the people that you love. There’s no getting rid of that in our DNA and how we’re constructed, and that’s what this explores: what happiness and freedom is, and can you have one without the other?”

Lloyd agrees that contentment through distraction speaks to a modern society attached to its mobile technology, and new concepts introduced in the Brave New World adaptation address that idea. “The mass distraction… to a certain extent [Huxley] has in the book with the soma and the frequent casual sex, but by the introduction of this optic interface and the idea of Indra really enhances that in our show and also makes it more relevant. You have adverts in your face, and you can swipe them away; you can change the way you look; you can change someone’s wallpaper. Everything is artificial and manipulatable. So you’re connecting to your friend at any point. The format of that, if not the philosophy of that, is something extra relevant.”

Brave New World will introduce viewers to New London and the changes inflicted upon it, and upon Bernard and Lenina in particular, when a “savage” named John, played by Alden Ehrenreich (Solo: A Star Wars Story), enters the society and fans the flames of discontent. The series launches along with NBCUniversal’s new Peacock streaming service on July 15, 2020.