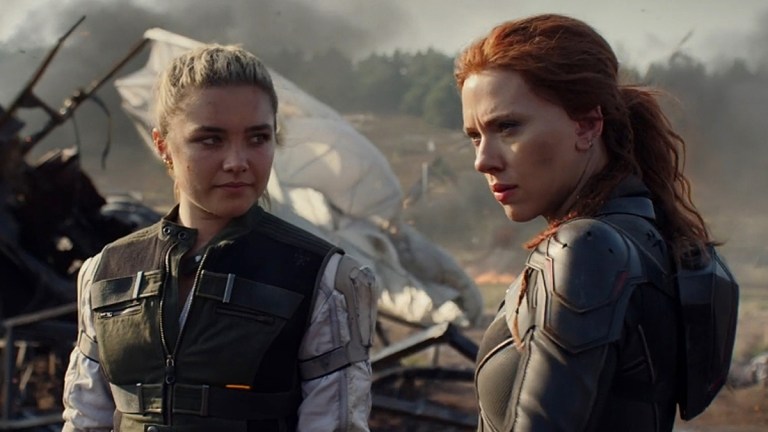 Of course, the timing of Black Widow remains curious, seeing as it follows 2019’s Avengers: Endgame [SPOILER ahead, if, for some earthly reason, you haven’t seen it by now], in which Johansson’s Natasha Romanova/Black Widow traveled with Clint Barton/Hawkeye (Jeremy Renner) to the planet Vormir, where she sacrificed herself to attain the Soul Stone. However, while the main story of the upcoming solo film obviously takes place before that event, Shortland, in an interview with Empire, pushes the notion that it will also serve as a prospectively franchise-fruitful introduction for Pugh’s Belova. As Shortland explains:

“[Marvel Studios head Kevin Feige] realised that the audience would expect an origin story so, of course, we went in the opposite direction. And we didn’t know how great Florence Pugh would be. We knew she would be great, but we didn’t know how great. Scarlett is so gracious, like, ‘Oh, I’m handing her the baton.’ So, it’s going to propel another female storyline.”

Pugh’s presence brings Black Widow a young actress whose star has been rapidly rising these past few years, notably since a breakout performance in the 2016 Victorian-era period drama, Lady Macbeth, more recently starring in the John le Carré adaptation miniseries, The Little Drummer Girl, along with films such as Little Women and Midsommar. Moreover, the prospective handing of the franchise baton to Pugh’s character also bears credibility rooted in the pages of Marvel Comics, in which Yelena Belova not only shares an intriguing frenemy dynamic with Natasha, but even, at one point, assumes the identity of Black Widow. As Shortland continues of the potential turnover:

“In Endgame, the fans were upset that Natasha did not have a funeral. Whereas Scarlett, when I spoke to her about it, said Natasha wouldn’t have wanted a funeral. She’s too private, and anyway, people don’t really know who she is. So, what we did in this film was allow the ending to be the grief the individuals felt, rather than a big public outpouring. I think that’s a fitting ending for her.”

Introduced in Inhumans Vol. 2 #5, dated March 1999, Yelena Belova is depicted—as she will in the film—as a former rival of Natasha’s in the brutal Russian-spy-spawning Red Room Academy. Yet, the recklessly headstrong operative would experience quite a circuitous comic arc; one that’s intrinsically connected to Natasha, notably with a storyline in which S.H.I.E.L.D. captures Yelena and surgically swaps her face with Natasha’s for an undercover op. That incident left Yelena disillusioned, leading her towards endeavors like becoming a lingerie empire owner and softcore porn broadcaster back in Russia. However, she’d be thrown back into the fray with storylines that continued to bear the recurring theme of Natasha/Yelena swaps, the most notable of which saw the creation of Yelena clones, one of whom actually impersonated Natasha as Black Widow after her apparent death.

That brings us back to Shortland’s teased idea of Johansson’s Natasha potentially handing the baton to Pugh’s Yelena, which—in the context of the latter’s comic arc—might just raise the possibility that we’re being fed a red herring of some sort. While we could take the comment at face value and believe that Black Widow—having established Natasha and Yelena’s relationship—will simply conclude with Yelena becoming the new Black Widow, there’s also the possibility that we’ve been hoodwinked, either in regards to a new Black Widow or even what we thought we saw occur in Avengers: Endgame. After all, this film is under the same Disney tentpole that—with 2019’s Star Wars: The Rise of Skywalker—decided to bring the long-deceased Emperor Palpatine back into the Star Wars cinematic canon, despite his character-defining Original Trilogy-climactic plunge. Thus, the notion that Black Widow might just retcon Natasha’s Endgame survival—via clone or an impersonating Yelena—is still a distinct possibility, especially if Marvel wants to continue pumping out Black Widow sequels with Scarlett Johansson (and you know they do).

Speculation aside, all will be made clear when Black Widow is finally released. While the film is currently penciled in for a theatrical release on November 6, that still depends on the way the wind of the health crisis ultimately blows.