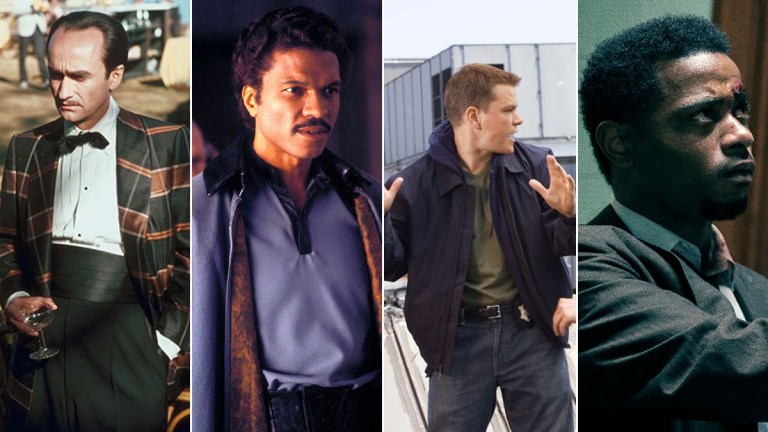 Last week, as part of the streaming service’s ongoing plan to bring Warner Brothers’ slate of theatrical releases to audiences at home, HBO Max premiered Judas and the Black Messiah on the same day it opened in theaters. Directed by Shaka King, the incendiary historical drama centers on the rise of Fred Hampton, the charismatic Black Panther Party leader, and his tragic betrayal at the hands of FBI informant William O’Neal.  Daniel Kaluuya stars as Hampton, a scorched-earth performance that attempts to recreate the magnetism and magma-like intensity of the revolutionary figure, but Kaluuya is somehow not the star of the film.

The film’s true protagonist is O’Neal, played by LaKeith Stanfield. After getting himself into some hot water, O’Neal is propositioned by FBI agent Roy Mitchell (Jesse Plemons) to either infiltrate the Black Panther Party and report back on his findings or face jail time. At first O’Neal seems to luxuriate in the kickbacks he’s given by Mitchell for his intel but he quickly learns how dangerous it is to lead a double life. O’Neal also has to try to reconcile betraying the very movement he’s spent real time and energy trying to build.

Stanfield’s performance is filled with queasy anxiety and paranoia but also cockroach-like survival tics. It’s an all-time great turncoat performance, worthy of the biblical reference in the film’s title. To honor Stanfield’s turn as “Wild” Bill O’Neil, here’s a countdown of some of cinema’s greatest backstabbers.

Fredo Corleone, the least intelligent and most ineffectual of Don Vito’s children, has become something of a pejorative term used against anyone deemed to be the lesser sibling in a famous family. Played with a sense of melancholy and knowing pity by esteemed character actor John Cazale, Fredo’s betrayal of his brother Michael is due more to petty jealousy than it is to Machiavellian scheming or dreams of leading the Corelone Crime Family.

As the character pathetically rages, “‘Send Fredo off to do this. Send Fredo off to do that. Let Fredo take care of some Mickey Mouse night club somewhere’… I can handle things! I’m smart! Not like everybody says!” The worst part about Fredo’s actions against his family is that it’s unclear if Fredo actually knew what was being planned against his brother or whether he was just blindly jumping at the opportunity to be important and have something for himself.

Perhaps the most lovable backstabber on the list, Lando at least shows some backbone and tries to make up for his nearly unforgivable alliance with the Dark Lord of the Sith, Darth Vader. While serving as Baron Administrator of Cloud City in The Empire Strikes Back, Lando is visited by Vader and bounty hunter Boba Fett and told to help trap his old friend Han Solo and the Rebels seeking sanctuary in Cloud City in exchange for the safety of the city’s citizens.

After selling his friend out, Lando has a change of heart when he overhears Han being tortured and realizes that Vader and the Empire were already reneging on their promises. He helps Leia and Chewbacca escape, and is able to evacuate Cloud City before the Empire is able to retaliate. Later he participates in the near-incompressible plot to rescue Han Solo and serves as a key general in the Rebel Alliance. Still, even back when he’s on the wrong side of the fight, Billy Dee Williams is able to turn Lando an appealing character, making his eventual redemption that much sweeter.

Ray Liotta plays the ultimate rat. After a long and fruitful career as a capo for local boss Paulie Cicero, Henry Hill’s mafia lifestyle comes to a final, screeching halt after he’s arrested by narcotics agents while trying to facilitate unapproved drug deals with his Pittsburgh associates. Henry’s good friend Tommy jokingly posits that Henry would crack under questioning earlier in the film, but Henry’s damning testimony against his associates Jimmy Conway and Paulie is all about survival: Henry knows that if he doesn’t cover his own ass, Jimmy will have him and his wife killed.


The Real Goodfellas: Gangsters That Inspired the Martin Scorsese Film 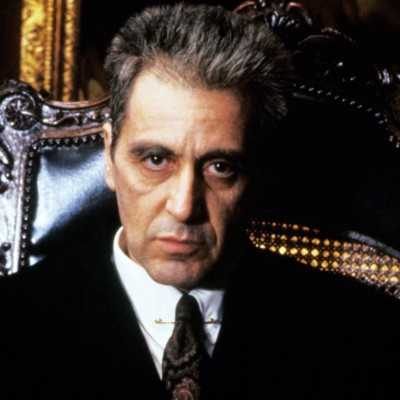 
The Godfather Coda: The Death of Michael Corleone Proves a Little Less is Infinitely More

Becoming the very thing that mafioso’s hate most of all, Henry turns on his friends and is forced into the witness protection program. All Henry ever wanted was to be a gangster, but in the protection program, he’s reduced to “an average nobody. I get to live the rest of my life like a schnook.” It’s a fate that may be worse than death for him.

Arguably the villain of the story, depending on who’s side you’re on, Mr. Orange is actually L.A.P.D. undercover cop Freddy Newandyke. Looking to bring down crime boss Joe Cabot, Mr. Orange infiltrates his crew and takes part in diamond heist gone bad. In the ensuing chaos, Mr. Orange is shot and ends up killing an innocent civilian in retaliation. Played by Tim Roth, Mr. Orange screams and cries as he believes he’s fatally wounded, but it’s also possible that he’s airing out the guilt he feels in letting his undercover operation get so out of hand.

Without going into all of the bloodshed in the conclusion of Quentin Tarantino’s Reservoir Dogs, Mr. Orange’s double agent status is so sound that it eventually leads to the demise of almost all of Cabot’s colorful crew, and Orange then feels compelled to confess his deception, resulting in an ambiguous ending that most believe concludes with his death. 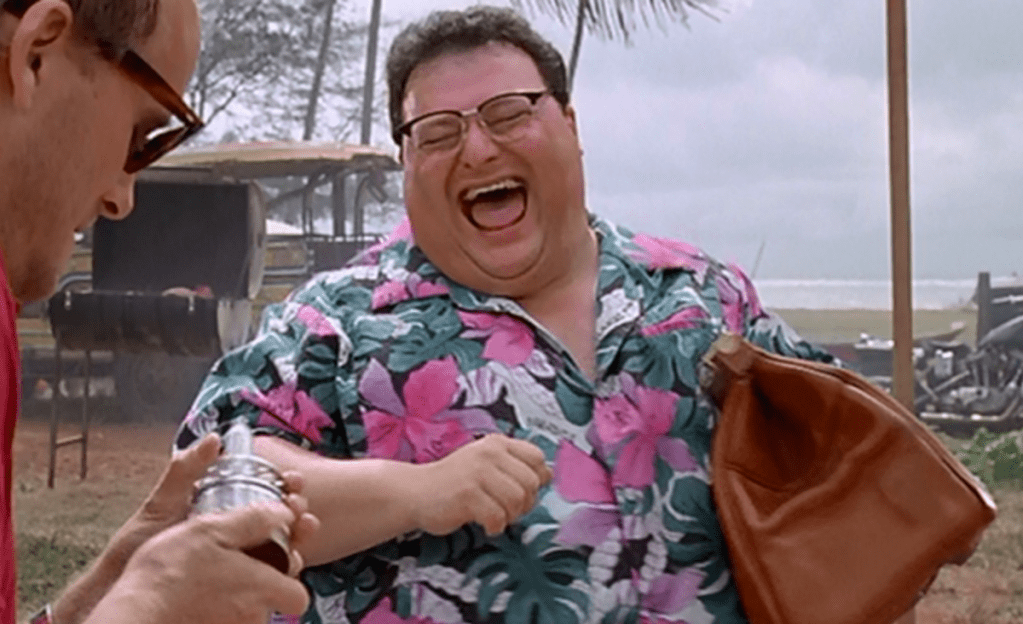 Wayne Knight’s Dennis Nedry is probably the most cartoonish Benedict Arnold of the bunch, and if you think about it, the only human antagonist in the original Jurassic Park film, if you’re not counting short-sighted, megalomaniacal John Hammond. The slovenly Nedry is the chief architect of the computer system at the fledgling Jurassic Park theme park, and he’s miffed by perceived low pay. So he decides to take an offer from Lewis Dodgson (“DODGSON, WE GOT DODGSON HERE!) of rival biotech company Biosyn to steal embryos of 15 dinosaur species in exchange for $61,500,000.

To make his grand escape with the embryos, Nedry shuts down the park’s security systems, including the electric fences surrounding the dinosaur paddocks. He also uploads a self-aggrandizing computer virus to prevent the systems from being quickly turned back on. However, a perfect combination of his own harebrained scheme and a nasty storm leaves Nedry stranded and at the mercy of a young Dilophosaurus. It does not end well.

Cypher’s betrayal of the Nebuchadnezzar crew in The Matrix is pretty easy to see coming, and not just because the character is played by Joe Pantoliano, who’s portrayed many malcontents throughout his career. Cypher is a red pill dabbler, but wishes he had taken the blue pill instead. He also outwardly makes his disapproval of Morpheus known throughout the movie. Using “ignorance is bliss” as his mantra, he strikes a deal with Agent Smith to return him to the Matrix and erase his memory of ever awakening from it in exchange for selling Morpheus out.

After tipping Smith off to a meeting with the Oracle, Cypher goes full villain and unflinchingly kills Dozer, Apoc, and Switch before finally being stopped and killed. At least he’s free from the reality he hated so much. 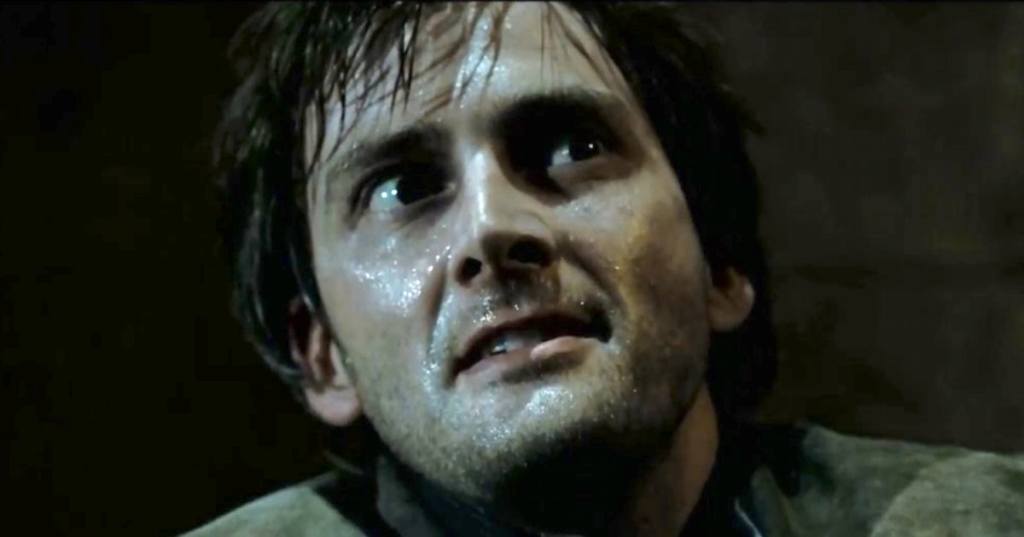 What’s a bigger betrayal: Death Eater Barty Crouch Jr. revealing that he’s been impersonating Alator “Mad Eye” Moody for the entirety of Harry Potter’s fourth year at Hogwarts, or Harry Potter author J.K. Rowling revealing herself to be a transphobe, betraying many of the themes of her beloved book series? We’ll leave that one to you, dear reader.

However, Barty Crouch Jr. (David Tennant before he was the Doctor) memorably betrays Harry Potter and the Hogwarts community by using the Polyjuice Potion to impersonate the former Auror and ensure that Harry would get into the Triwizard Tournament and ascend to the Third Task, which was a trap to help Lord Voldemort return to a body of his own. At least the real Mad Eye didn’t actually turn his back on those that revered him (like Rowling).

Played with smarm and cowardice by Damon, Sullivan eventually double crosses the police and Costello when he discovers that Costello is an FBI informant—a rat leading rats. Scared but trying to retain his high-ranking job, Sullivan misguidedly tries to position himself as a hero and tie up all loose ends, resulting in a shocking, bloody finale that finds cocky Colin Sullivan miraculously as the last man standing. Or at least the last man standing for the moment, as a final, forgotten loose end returns to give the audience what they want; another dead rat. 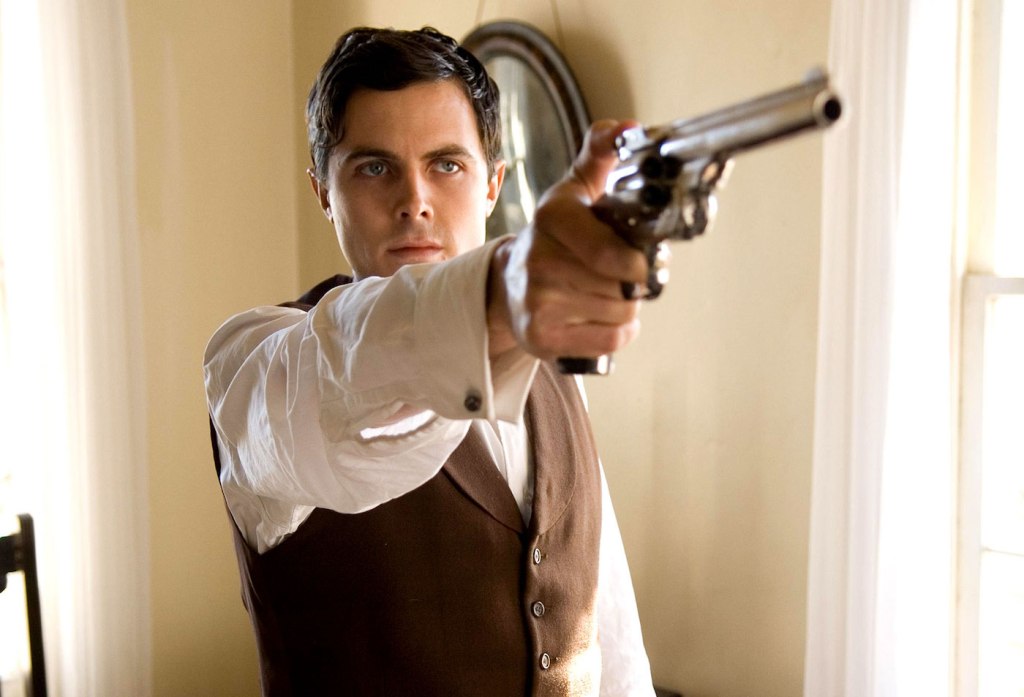 Well, it’s all right there in the title, innit? Played with a jealous, insecure bent by a creepy (in multiple ways) Casey Affleck, Robert Ford starts off as a Jesse James fanboy, desperate to join the outlaw’s gang with his brother Charlie (Sam Rockwell). When he finally gets close to the mythical criminal (a shadowy Brad Pitt), Bob begins to resent the man, eventually brokering a deal with the Governor of Missouri to either capture or kill Jesse James in exchange for a substantial bounty and full pardon. 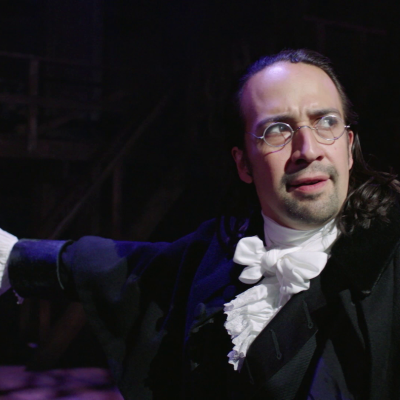 
Hamilton: The Real History of the Burr-Hamilton Duel 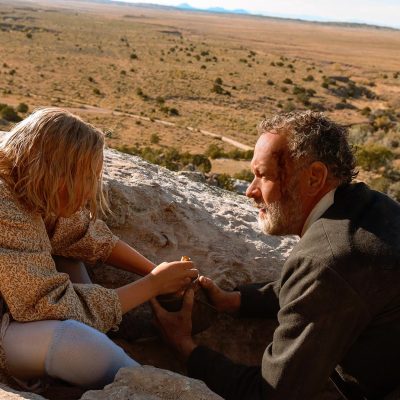 Bob Ford cozies up to Jesse James even further, eventually earning the man’s complete trust, before cowardly shooting the man in the back—although in the film both carry an air of expectation that it needs to happen. Ford then lives out the rest of his days known as the coward punk that betrayed Jesse James until his eventual murder. 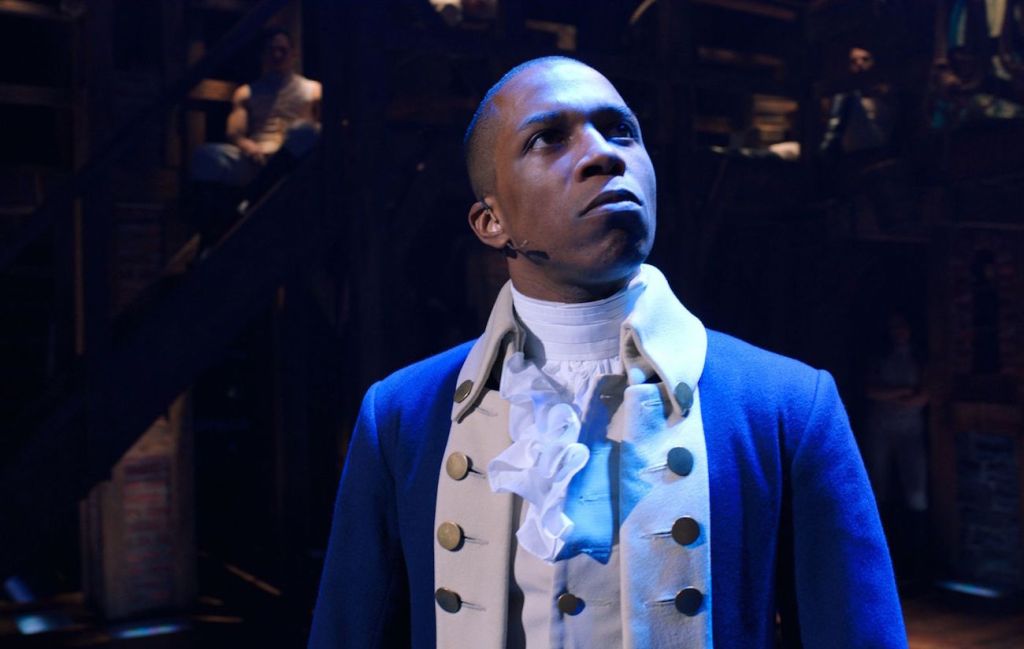 Close knit allies but ideological opposites, Aaron Burr and Alexander Hamilton both fought in the Continental Army for independence from the British. However, when it came time to actual govern the new country that they fought to begin, the men drifted apart.

It’s unfair to call Burr the only backstabber in this relationship, because both men betray their former friend. Burr (Leslie Odom Jr.) becomes jealous that Hamilton (Lin-Manuel Miranda) constantly has George Washington’s ear, and switches political parties to defeat Hamilton’s father-in-law in an election, ending their mutual admiration.

Burr also inadvertently pressures Hamilton to publicly reveal an affair, which strains the rivals’ relationships even further. However, when Hamilton endorses Thomas Jefferson (Daveed Diggs) in the third presidential election, a man that he doesn’t even like, to block Burr’s political malleability from the presidency, it becomes the final straw for Burr, who challenges Hamilton to a duel. In the ensuing gunfight, Hamilton throws away his shot, and Burr seals his fate to be remembered as the villain who killed Alexander Hamilton.