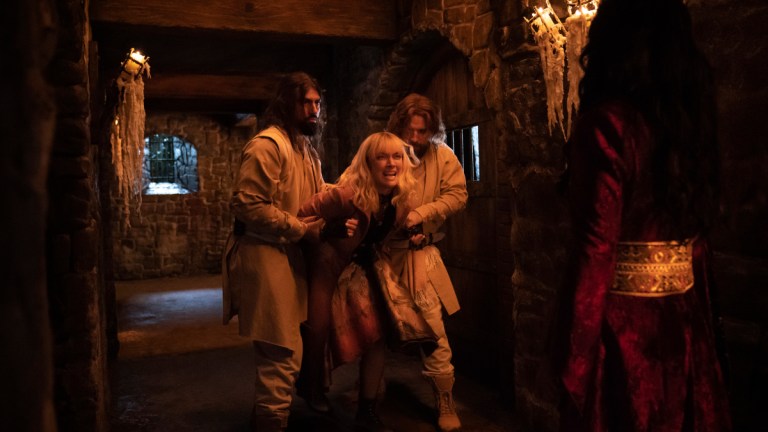 This season of Batwoman has focused a lot on the question posed in the season premiere title:  What happened to Kate Kane? Despite what could have been an open-and-shut, neatly wrapped-up character exit where Kate Kane dies suddenly in a plane crash, the writers felt it was important to keep Kate in play and reintroduced the possibility of her survival in Episode 3 of the season, “Bat Girl Magic.”

Then, I was annoyed by the show’s choice to recenter Kate, perhaps because I suspected there would be no satisfying follow-through—like Ruby Rose making a cameo appearance—perhaps I was wrong. Ever since Safiyah told Alice that Kate was alive on the island, getting to Coryana to retrieve her has been the primary focus for Jacob and Sophie, Alice, and the Bat Team. In this week’s episode, Coryana has finally been found and Kate may be within arm’s reach. Except— surprise!!!—Safiyah lies. Kate was never on the island, and the entire thing was an unnecessarily elaborate ploy by Safiyah to get revenge on Alice and Ocean for their betrayal. Mess. 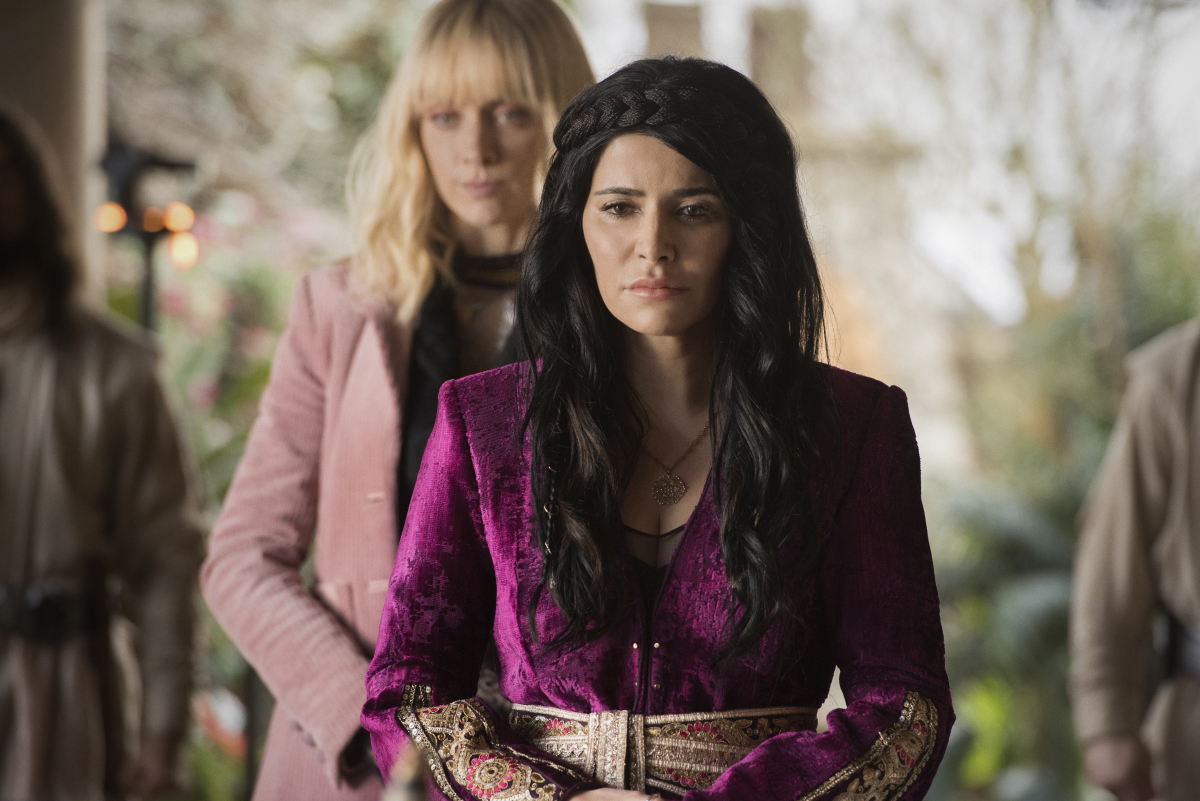 I should state now, before I get into it, that I love what this episode does for Batwoman. It gives everyone things to do, even Julia who returns just in time to deliver the bad news that Kate Kane is actually, definitively, verifiably, no longer among the living… according to her body parts what washed up in Bludhaven. This episode solidifies Sophie as a potential change-maker within the Crows organization. It allows Alice to introspect on her feelings towards her sister, and confront or at least acknowledge her victimhood at the hands of Safiyah. This episode also shifts the relationship dynamics between Batwoman and the Crows, making room for more cooperation in the future, or even potentially allyship. Luke still cares about Kate, but he also cares about Ryan, and the team feels solid. And Ryan continues to prove she is a worthy successor to the Batwoman mantle, saying iconic lines like, “I am saving them. I am saving Kate. And I’m saving my damn self.” 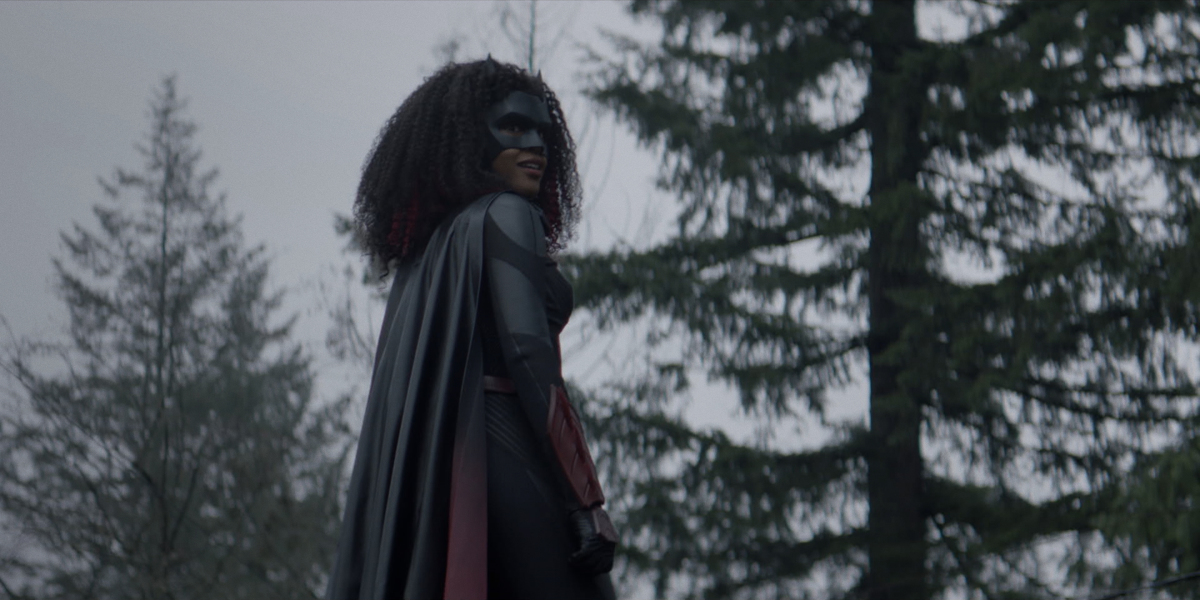 That said, I am miffed by choices Batwoman writers made in service of this story. First of all, a lot of good sense had to be thrown out in order for these characters to end up on Coryana in the first place. Safiyah is notoriously ruthless and self-serving, yet is immediately believed when she produces the smallest evidence of having seen Kate. The open acceptance of her premise that Kate is alive and captive goes against everything the show establishes about her, and everything characters like Alice and Julia know to be true. It forces a lot of supposedly smart people to lose all their discernment. When Alice is taken to “Kate’s” room on the island, and finds hundreds of duplicates of Kate’s necklace with the red gem, it is supposed to be A Moment. But it is obvious to the audience she was never there, and should’ve been obvious to Alice. What redeems this scene is how Alice responds, by burning the field of Desert Roses.

Second, this episode weakens Safiyah in a lot of ways I’m not sure are intentional. What made Safiyah cool, as a villain we only knew by name, was the fact that she was so powerful and present without having to be on-screen. Seeing her reach, and knowing she had the resources to be everywhere and get to anyone made her frightening. Batwoman introduced her as a ruthless, calculated, and capable antagonist but reduced her to a petty, vindictive woman. Tatiana plants the idea in Alice’s head that Safiyah took down Kate’s plane, so that Alice would respond in kind, stoking hostility between the two women. Safiyah takes advantage of the situation to orchestrate a revenge plot wherein Alice kills the man she loves, but doesn’t remember. Safiyah does the absolute most to get back at Alice and Ocean for falling in love and trying to leave Coryana, and what she sees as betrayal. Safiyah’s entire relationship with Alice is framed as “if I can’t have you no one can,” which is dull. And worse, everything she’s done this season has been to enact revenge on people who are literally over it because she’d already erased their memories and sent them into the world broken. Again, sense… where is it?

What I did love to see was Sophie challenging Jacob on the false narrative that Crows are not above the law. Like Batwoman, the Crows operate mostly unencumbered by traditional structures of authority. The difference is, the Crows get paid to do it. An exchange I find hilarious is when Tatiana reveals Safiyah’s interest in having Sophie stay on the island. Sophie asks, “why would I join an army of ruthless killers?” To which Tatiana replies, “Cause you are already part of one.” This is a thread I hope the writers follow. My favorite moment though comes when Sophie finds Batwoman dying, and stays with her because she doesn’t want to die alone. This is a beautiful, tender moment that reminds us of these characters’ humanity. There is compassion and a genuine connection between them. I hope Ryan and Sophie become close, platonically or romantically, because without their uniforms, they align in a lot of ways, and they both deserve to love and be loved by someone who sees them.

I had hoped this episode would be the final word on Kate Kane, but it seems Batwoman may not be done with her yet. At the very end of the episode we see a body wrapped in bandages wearing Kate’s necklace. Kate is alive and has been recast (with Krypton‘s Wallis Day), and it seems her story has only just begun. What this means for the show going forward is hard to say, but I’m wary of how much the focus might pivot back to Kate. My hope is that however Kate returns to Gotham, her reintroduction doesn’t take any time, energy, or focus away from Ryan. I love creative solutions to a cast member leaving but I don’t want that to come at the expense of other characters. Kate is important, but Ryan wears the Batwoman mantle now, and she has earned the right to stand on her own.

Angelique gave Ryan a Desert Rose, unbeknownst, which Ryan has been nursing for years now. As far as we know, Ryan’s plant is one of the few that survive now, which might make her a new target of Hamilton Dynamics and Safiyah.

Let the record state that I emphatically ship Ryan and Sophie.