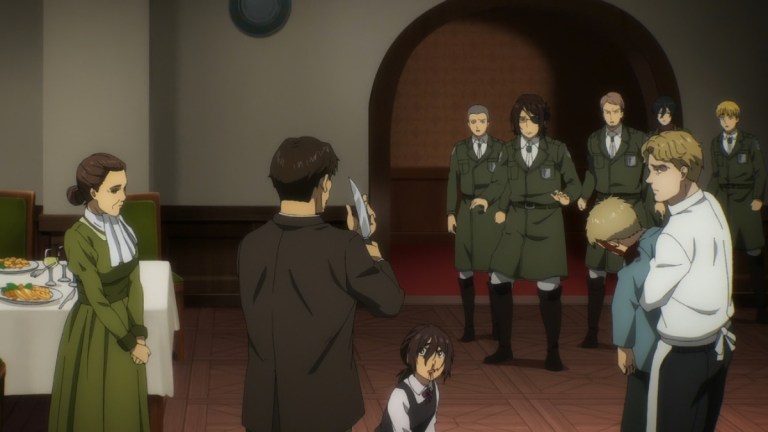 In an episode where Levi, Zeke, and other literal children are currently in a forest, “Children of the Forest’s” namesake is actually in reference to a metaphor that’s cast by Sasha’s father. Mr. Blouse laments that despite Sasha’s nature and best intentions, the very nature of her pursuit was inevitably cursed. Sasha came back with victories, but she’s someone that would never completely remove themselves from the line of fire. Her very existence dictated that she go on further. Sasha’s father elegantly articulates that sometimes people can think that they’ve left the forest, but it turns out that this clearing is really just another part of an even larger woodland.

There’s a beautiful moment where Mikasa and Armin reflect on the actions of Eren and the Survey Corps as a whole in regards to whether they’ve acted on their own free will or been too systematically deceived and controlled to realize that the opposite is true. Eren is still in the forest, but he doesn’t realize it. Other characters like Sasha were never able to escape from the forest and as Attack on Titan gets closer to its ending it begins to seriously question whether Eren will ever get out or forever remain a “Child of the Forest,” too.

“Children of the Forest” rolls around in palpable tension as soon as “Ben” and “Mia” enter a quaint restaurant with the Blouse family. It’s surprising just how quickly the danger in this episode springs into effect and how it almost works in a way that’s completely counterintuitive to how the past few episodes have operated and conditioned the audience.

Attack on Titan wasn’t able to go full-on Last House on the Left or A Clockwork Orange during its meditation on revenge back in “Counterfeit” when the Blouse family inadvertently housed the very person who killed their daughter, Sasha. However, “Children of the Forest” is very much the other side of that coin and visits a scary place as multiple characters are forced to pay for their actions. There’s been such a retributive attitude in Attack on Titan’s final season where characters almost feel compelled to keep fighting and creating more conflict because of the ingrained sins of the father that have now been in place for generations.

Attack on Titan has strangely reached a place where it’s easier to pull a trigger and take a life than it is to offer a hug and attempt to understand and offer up compassion. Characters like Eren and Niccolo (and even Kaya, in what’s a heartbreaking attack) have turned to bloodshed as the only thing that makes sense anymore because if that’s not the right answer then everything they’ve done has been a messy lie. Amidst all of the pain, Sasha’s father is a character that’s arguably suffered more than many others have on a personal level, which is why it’s such a bold, benevolent gesture that he chooses to not take Gabi’s life even though she’s resigned to the fact that it’s justified. It’s a decision that’s even harder to make when Niccolo is screaming in his face why it’s important that he ends this child’s life.

Mr. Blouse is one of the few individuals that actually has the foresight to see that Gabi’s death only perpetuates the cycle that led to his daughter’s death in the first place. He chooses empathy and thinks about the future rather than fulfill base instincts of revenge and satisfy his emotions in the heat of the moment. If more characters acted like Blouse then Marley and Eldia wouldn’t be in such poor shape and they might actually have a chance at a future where they can believably co-exist in harmony. 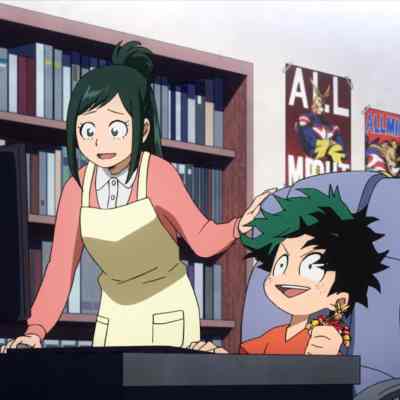 
Anime For Beginners: Best Genres and Series to Watch 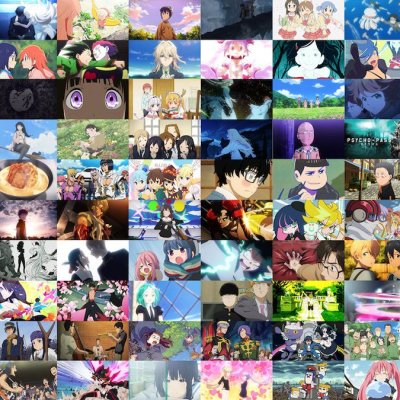 Attack on Titan has always been excellent with how it shows the ripple effect of actions, even when sometimes it takes a while for that second domino to fall over. The kindness of Sasha’s father here is beautiful and gives hope towards a happy ending, but it’s even more frightening to wonder how the causal reaction of sparing Gabi’s life will manifest.

Gabi is just as wound up and inspired as Eren at this point and sadly it doesn’t look like Mr. Blouse’s empathy is suddenly going to transform her into a pro-Eldia player. It’s getting easier to picture a version of the show where Gabi takes out Eren or other pivotal players, which means that if Mr. Blouse removed her from the equation at this point then there’d be a very different series of events that follow. Blouse might have even sealed his own fate without realizing it and it should be fascinating to see where this one simple action will take the series.

Niccolo’s impulsive attack on Falco and Gabi with a wine bottle leads to a disturbing twist that unveils just how many layers of deception the public has been submerged beneath. In a turn that’s more disturbing than “Soylent Green is people,” it turns out that Eldian wine is actually Zeke’s spinal fluid. Bon appetit. Enjoy the taste of rich tannins and biological manipulation. This information also echoes what increasingly appears to be the answer to this war, which is that someone else needs to literally eat their problems.

This power just gets redistributed and hopefully things turn out better the next time around and the person in question doesn’t go mad. Somehow the best answer to this problem turns out to not be a solution so much as it’s just a way to bide time until it’s necessary to do all of this over again. Titan, rinse, repeat.

The news regarding Zeke’s spinal fluid in the wine compliments another major revelation that’s made over just how drastic his actions have been to control the masses. He’s had a major hand in the current shape of the Titan landscape and these decisions are far past the point of haunting him, but seriously affect those that learn the truth for the first time.

“Children of the Forest” is full of tension and chaos, but the muted moment between Levi and Zeke while they bide their time in the forest is oddly soothing. Everyone is stuck compromising their values to some degree or forced to trust someone or something that they don’t fully understand, but there’s both genuine animosity and respect between Zeke and Levi that makes these scenes really resonate.

A small, but integral piece of character interaction during this conversation is that Zeke coldly refers to the target of his attack as a nameless town, yet Levi interjects and tells him that it’s name  was Ragako. Levi still sees the faces of the people who have become victims over the years, but Zeke is far beyond that point and closed himself off to only deal in absolutes.

Zeke’s admission over the Ragako incident and the Titan gas that he released on the public is horrible, but at this point it’s also no worse than anything that Eren has done. He even explains this tragic war crime in a detached and direct nature that doesn’t sound dissimilar to Eren. These two estranged brothers continue to blue together in an unexpected way this season. It creates even more curiosity over what Zeke and Eren’s master plan will be and just how many “necessary casualties” will be involved.

All of the chaos from the first half of the episode reaches its boiling point just as several of Attack on Titan’s parallel storylines collide together with each arrival being more surprising than the last (also that fucking face that Floch makes at the Survey Corps is a lot). This season has worked hard to make all of these threads function on their own, but it’s extremely exciting to have the Survey Corps present with Gabi, Falco, and Eren and Floch’s new extremist crew.

Eren claims that he wants to talk, but what’s to come feels like it will be more destructive than the attack on Liberio. In a rare moment of clarity, Gabi pleads with Niccolo that the most important thing here is to not let the devils win, but with each passing episode it’s becoming more difficult to identify those that don’t qualify as such.

Oh, and Levi Ackerman apparently used to do pretty decent with the ladies. Big surprise.