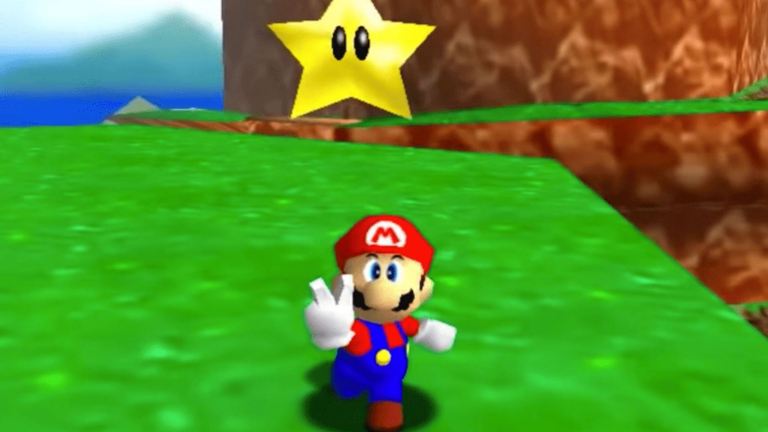 Despite not taking place in front of the live crowd that typically gives these speedrunning events their energy, AGDQ 2021 managed to raise $2,758,847 for the Prevent Cancer Foundation. It was yet another tremendous success for an event that is quickly becoming a must-watch showcase for a formerly niche section of gaming culture.

While we’re all waiting for better days when fans will be able to safely attend these events once more, it must be said that AGDQ 2021’s set-up did allow a greater variety of people to participate in the show remotely. As a result, this year’s event featured some of the absolute wildest runs you’ll ever see.

If you’re looking for the best of the best, though, then these are the AGDQ 2021 VODs that you need to watch.

The concept is crazy, but the actual run manages to exceed even lofty expectations. Bubzia is moments away from death at nearly every turn, yet he still attempts insane skips and jumps even when he only has one life remaining. It’s the kind of run that anyone can appreciate regardless of their level of interest in this scene.

Essentially a hacked version of Super Mario Bros. 3, Super Orb Bros. is a nightmarish collection of custom made levels designed to challenge (and punish) the best players in the world.

That makes it even more impressive that runner Mitchflowerpower is able to beat the game nearly 20 minutes under the estimated time and set a new world record in the process. World record runs are rare enough at these events, but you almost never see a runner destroy a record quite like this.

This is a bit of a longer run (and watching someone play a VR game can be challenging), but the technical skill on display is undeniably impressive.

Much like Dance Dance Revolution, watching someone play Beat Saber forces you to appreciate both their reflexes and ability to withstand this kind of demanding high-level gameplay for such a long time. It’s the kind of run that makes you realize the extent of the time, effort, and raw skill that goes into these showcases.

It’s not a Games Done Quick event without a good speedrunning race, and one of AGDQ 2021’s best showcases had to be this incredible Donkey Kong Country race between Eazinn and DadLovesBeer.

Donkey Kong Country‘s surprising difficulty level always makes it a fun run, but what really sets this one apart is the fact that the two runners stay neck and neck nearly the entire time. This is about as good as this style of speedrunning gets.

Some runs impress with records and gimmicks while others manage to simply be fun to watch or allow you to view a beloved game in a new way.

This Silent Hill 3 run is certainly an example of the latter attributes. A combination of excellent commentary, expert technique, and the quality of the game itself makes this run an easy watch for those who want to see a somewhat unusual speedrunning selection be destroyed by a truly talented player.

It’s difficult to appreciate how cleanly Diablo 3 fits into the “easy to learn, tough to master” category until you see someone play the game at the highest level.

That’s definitely what you get from this run. It sees three top-tier players destroy the game so thoroughly that they even manage to beat the four-player world record time. Even better, they beat the record largely through raw skill and teamwork rather than a series of exploits and glitches.

Good commentary is an underrated element of a speedrun. The right host has the ability to both explain the process and elevate its entertainment value through the sheer force of their personality.

There are few better examples of the virtue of good commentary than this Sonic Mania run from Argick. Even more impressive than his ability to blaze through Sonic Mania at lightning speed is his ability to offer both color and technical commentary faster than Sonic can run. His announcing will leave you convinced that Sonic Mania runs would make for an entertaining addition to the Olympics or ESPN’s lineup.

Yes, Hades is best experienced at a pace that allows you to easily appreciate its subtle storytelling and worldbuilding, but there’s something to be said for watching someone who has mastered the game’s lightning-fast combat.

While runner Vorime’s luck during this run is borderline absurd, that good fortune does little to diminish their reflexes as well as their mastery of the game’s skills, weapons, and techniques. This is the kind of run that makes you come to terms with how much more you have to learn about Hades even if you think you’ve mastered it.

Much like Hades, Celeste‘s undeniable style and surprising storytelling often lure people into a false sense of security designed to hide the title’s shocking difficulty. Celeste‘s toughest levels are designed to challenge even the most skilled platformer players.

So how does runner Peekingboo manage to beat those levels using nothing more than a DDR dance pad? To be honest, I’ve watched this run a few times now, and I still can’t quite comprehend what I’m seeing. Watch it for yourself to see if you can make sense of this level of skill and practice.

F.E.A.R. is an all-time great horror game, but its largely linear nature would probably lead you to believe that the title wouldn’t be the subject of a particularly compelling speedrun. That is until you watch Maxylobes play this game in a manner most easily described as “unintended.”

While it’s not the “glitchiest” speed run you’ll ever see, this run does feature that perfect combination of mechanical mastery and creative exploitations. The result is a run that captures the essence of the entire speedrun scene.

The award for the most surprising run of AGDQ 2021 has to go to runner Jaxler and the Nintendo DS version of Spider-Man: Shattered Dimensions.

As it turns out, the DS version of Shattered Dimensions features intense movement and combat mechanics that allow highly-skilled players to zip around its 2D maps at shocking speeds. The brilliance of those mechanics makes Jaxler’s lightning reflexes and nearly flawless technique easy to appreciate even if you’ve never played the game.

Playing Left 4 Dead 2 by yourself kind of sucks. Not only do you miss out on the social experience that literally gives the game its name, but the title’s outdated A.I. typically leaves you struggling to overcome already overwhelming odds.

Those odds prove to be no problem for runner Waifuruns who manages to survive campaign scenarios that you’d think would be impossible for a solo player. He even tops the whole thing off with an equally impressive Last Stand run that comes down to the wire.

There’s something beautiful about a glitched speedrun. It’s one thing to master the mechanics of a game, but it’s quite another to essentially destroy a game and rebuild it so that it adheres to your will.

That’s about what happens in Eddaket’s Pokemon Blue run. A series of RNG exploits and glitches allow the runner to seemingly breeze through the classic Nintendo game, but by his own admission, this kind of run requires you to master so many complex manipulation mechanics that it’s hard to argue against the idea this is the more difficult way to play the game.

Zelda: The Wand of Gamelon

The Zelda games made for the Phillips CD-i are infamously bad, but have you ever watched someone actually play one of them from start to finish?

If not, then Grumpmeister’s Wand of Gamelon run is the best (or at least quickest) way to experience one of them for yourself. It turns out that this game is absolutely as bad as you’re imagining, but the title’s broken mechanics and unwieldy controls actually make this one of the more oddly impressive runs of the entire event.

The “secret” about the Games Done Quick events is that some of the best runs happen in the small hours of the morning during the “Awful Block.” There’s something satisfying about watching players who have devoted arguably too much time to truly terrible games showcase them on a grand stage.

The nearly undisputed highlight of this year’s Awful Block was a truly obscure Sega Saturn game called Mr. Bones. The title’s bizarre gameplay is compelling enough, but it’s when you discover that Mr. Bones is packed with elaborate music sequences that you realize this may be one of gaming’s few “so bad, it’s good” entries.