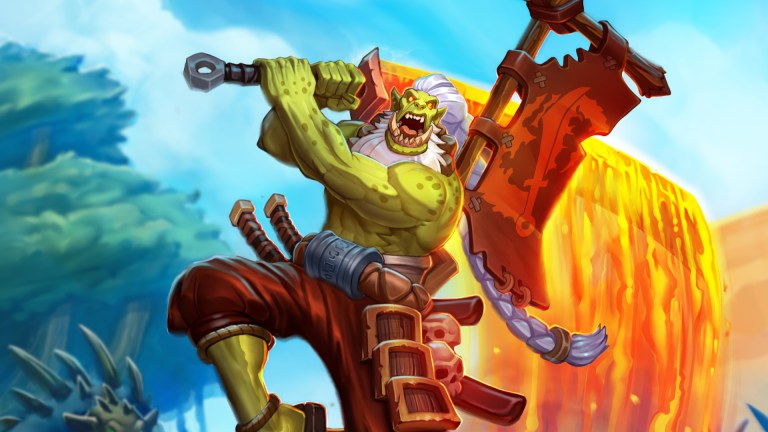 Hearthstone‘s newest expansion (the Horde-themed Forged in the Barrens) is finally here, which means that it’s time to find your favorite new deck that will dominate the meta and make opponents question their own deckbuilding decisions.

The good news is that the quality of the Forged in the Barrens set and recent changes to Hearthstone‘s card format mean that it’s actually possible to play competitively with a variety of interesting builds. In fact, you may even be able to climb to the top of Hearthstone‘s competitive ladder with some of the weirdest and wildest decks I’ve seen in years.

If you want to jump right into the action and start winning games while having fun along the way, then these are the Forged in the Barrens meta decks I recommend to help you get a quick start in Hearthstone‘s next competitive season.

If you’re looking for the best surefire hit for the early days of Hearthstone’s Forged in the Barrens meta, look no further than this Control Warlock deck.

While this deck will be fine-tuned in the coming weeks, even early versions of this concept are proving to be too much to handle. This deck absolutely steamrolls control players thanks to the power of the new Lord Jaraxxus and this build’s ability to discard most of your opponent’s deck. Even aggressive players struggle to breakthrough Warlock’s revamped health gain and board clear abilities.

You can expect this deck to terrorize Hearthstone players in the weeks to come.

While we’re far removed from the “glory days” of the Miracle Rogue build, this new version of the deck offers a compelling alternative to that classic concept.

It’s kind of hard to see just by looking at the cards, but the goal of this deck is to use cost reduction abilities to burn through your cards while relying on Pen Flinger to hit the opponent’s face. It’s difficult to kill an opponent in one turn with this one like you could in the old days, but this deck’s draw abilities make it easier to just wear them down over time.

It’s going to take along time to learn this one, but mastering it could be quite a lot of fun for patient players.

Few things are more annoying than a slow Priest deck, and this is one of the best that I’ve seen in the last few years.

As is typically the case with good Priest decks, this build thrives based on its ability to clear boards and respond to almost any kind of play. What separates this from previous versions of this deck is the way that C’Thun gives you a clear win condition that just wasn’t there before.

This deck is going to struggle against any deck that can discard some of its key cards, but it should do well against nearly anything else.

Secret Libram Paladin Adds a Twist to a Reliable Deck

While this modern Secret Paladin may not be quite as annoying as similar decks we’ve seen in the past, you shouldn’t take that to mean that it’s not one of the best overall early decks in the Forged in the Barrens meta.

The word “inevitably” comes to mind when I think of what makes this idea work. While not a control deck, this build does have the ability to wear down most opponents over time through its unique resource generation abilities and the way it keeps players on their back foot.

Don’t expect to steamroll opponents with this build, but it’s one of those decks that leaves you feeling like you’re never really out of any matchup. 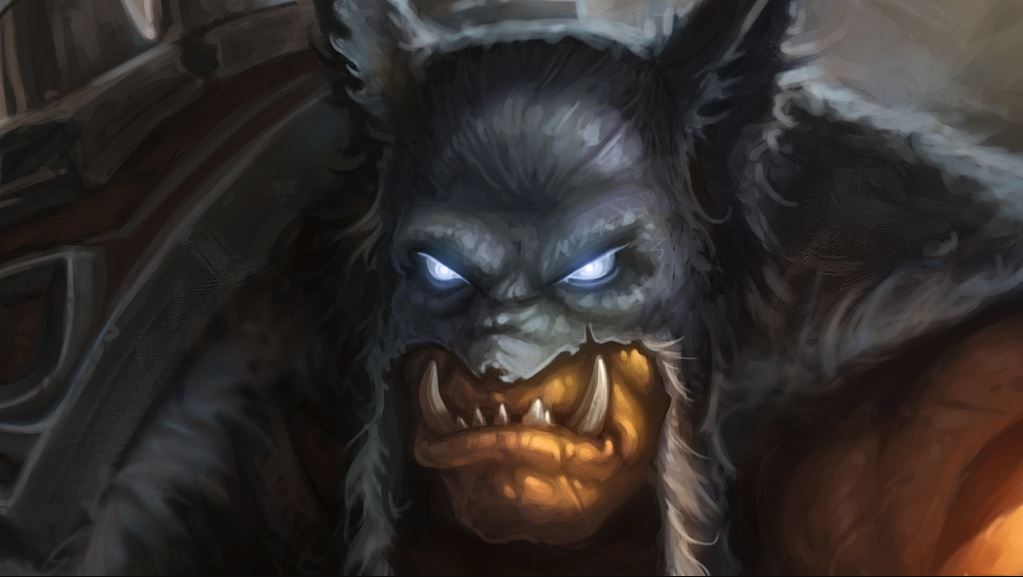 Trampling Beast Hunter is Capable of Fast and Memorable Wins

If you’re looking for a new deck that can win matches in hilarious ways, then you might be looking for Trampling Beast Hunter.

Like many Hunter decks before it, this one’s first win condition involves overwhelming your opponent with minions. This ace up this deck’s sleeve, though, is the Trampling Rhino card which is uniquely capable of both clearing the board and hitting your opponent’s face. Buff one of them up enough, and it’s actually possible to end games with a single turn’s worth of damage.

Even if you don’t win quite so spectacularly, this build offers enough consistency and power to ensure you’ll be competitive in many matches.

Mage has it rough in the latest expansion, so I wouldn’t recommend making it your go-to class for a quick ladder climb. That being said, we have to talk about how wild this Spell Damage Mage truly is.

Thanks to a collection of old and new Spell Damage cards, this deck is capable of killing your opponent with just one or two well-timed spells. The bad news is that strategy requires a lot of set-up, but the risk is mitigated a bit thanks to your ability to deal decent damage along the way.

I certainly recommend this deck to anyone looking to have fun while they climb the ladder, and I could see it being refined to the point that it’s actually viable.

Murloc Shaman Is a True Classic That Works Better Than Ever

Murlocs never really seem to disappear from Hearthstone, but this new Murloc Shaman may be the most fearsome use of that tribe that I’ve seen in years.

Like all Murloc decks, this one’s biggest asset is its ability to swarm the board with Murloc minions that benefit from powerful synergies. The difference here is that many of the new Murloc cards are much stronger by themselves than they’ve ever been.

Murloc decks used to be kind of a gamble, but there’s actually very little risk in this solid, tempo-based version of the classic archetype.

Rush Warrior Helps You Win In a Variety of Ways

I actually love the new Control Warrior decks that are floating around, but if you’re looking for something a bit faster, then allow me to spread the good word of Rush Warrior.

Rush Warrior offers a unique combination of aggressive play, tempo strategies, and one-turn kill possibilities. It takes a little while to see all of the angles with this one, but once you master it, you should find that each game offers a unique way to win and a few consistent methods to fall back on.

I don’t know if this deck is optimized quite yet, but it’s more than ready to cause a little heartbreak on the Hearthstone ladder.

While there are a few Druid decks at the moment that could become “the one,” the most interesting floating out in the wild at the moment has to be this strange Aggro Taunt Druid build.

I don’t know if I’ve ever seen a viable aggressive taunt deck in the history of Hearthstone, but this one looks like more than a gimmick. It has the ability to defend against opposing aggressive decks, and the way it swarms the board with increasingly large minions means only the best control decks will be able to reliably remove solve the scenarios it generates.

You might have to play around with this one a bit to get it to really work, but there’s definitely something here that’s worth experimenting with. 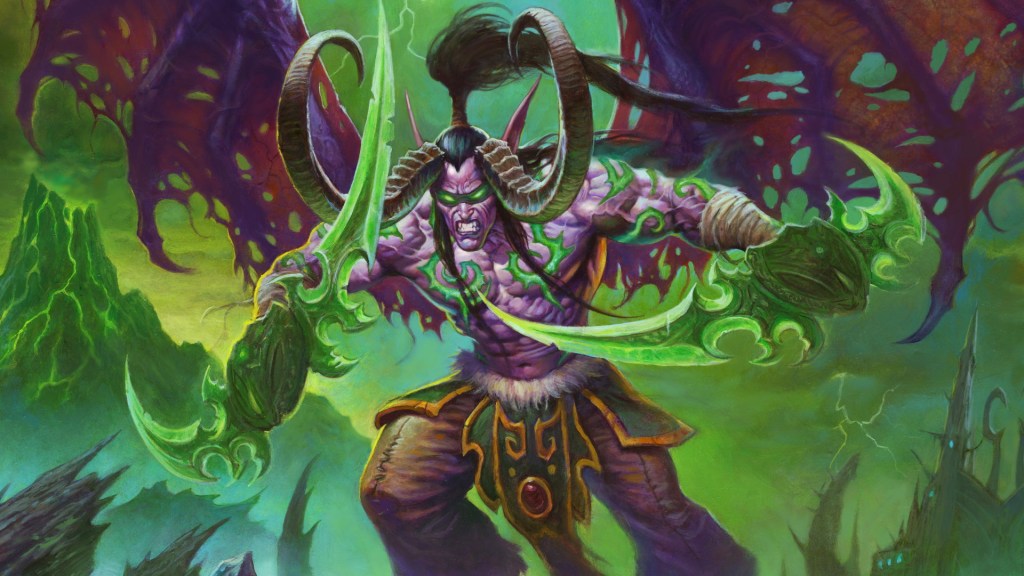 Our old pal Demon Hunter has it kind of rough after a prolonged period of dominance, but this new take on the class’s trademark aggressive archetypes really goes to show that you can never count this class out.

There’s nothing fancy about this deck, and that’s kind of why it works. Simply play your cards that deal the most damage to your opponent’s face, and be sure to keep the new Kazakus card in your back pocket for when you need to recover a bit or just seal the game.

I’m still waiting for a truly exciting “control” Demon Hunter to emerge, but ladder climbers are going to love this build’s potential.